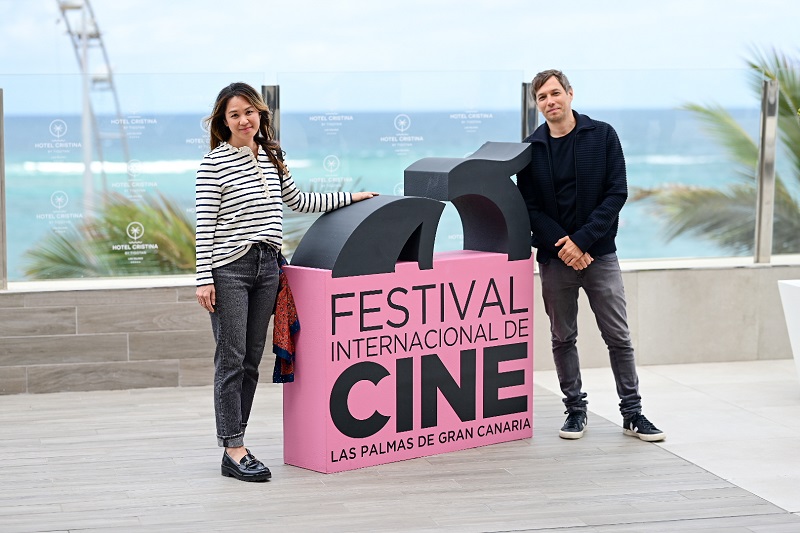 Las Palmas de Gran Canaria, Tuesday 26 April 2022.- Sean Baker’s filmography is authentic, honest and chain-free. American independent cinema’s current prodigal son, one of the most distinguished directors of the last few decades and an essential author within the festival circuit, has come to the Las Palmas de Gran Canaria International Film Festival to introduce the titles included in the partial retrospective the Festival has dedicated him. Among them is his latest work, Red Rocket, which will be screened tomorrow April 27 at 5 p.m., nine days prior to its Spanish theatrical release.

A movie that intends to show “the most mundane aspect of porn industry,” as Sean Baker explained this Tuesday, April 26, during a press conference in which he was accompanied by producer Samantha Quan. Likewise, the director said that his latest work is “a covid film”, shot during the pandemic and because of the pandemic. In fact, after The Florida Project, another film that’ll be screened at the Festival, he spent 2-3 years developing a completely different project that centered on drug user activism in Canada. But due to its magnitude and the health situation the American filmmaker decided to work on a smaller production. “We had this idea of Red Rocket already on the back burner (…), had fleshed it out to a certain degree and knew that we could accomplish it with a small budget and during the pandemic,” he pointed out.

A very special work will give a grand finale to this partial retrospective: Prince of Broadway (2008, 100 min.). This film won the 2009 Golden Lady Harimaguada, the Gran-Canarian Festival’s most important award, granted by the jury for his essential survivor story. Even though Baker couldn’t receive it in person, he used this opportunity to express his gratitude for that award which, as he admitted, has a “significant” meaning for him because “it wasn’t so easy with distribution back then.” “Having the support and the love coming from film festivals such as this one for that film truly helped,” he claimed.

The filmmaker also thanked the side activities dedicated to his work, which will include a meeting with the audience who comes to Cinesa El Muelle to watch the films he’s selected. During tomorrow’s screening he’ll be accompanied by Samantha Quan, and together they will talk with film critic and journalist Luis Martínez (El Mundo newspaper).

A retrospective that’ll allow the Festival audience to delve into the work of a director who belongs to a select group of filmmakers that have chosen to show reality’s flip side. All that without downplaying humor’s power in his creations, which are always open to freedom and improvisation since they are “an 80% prepared 20% not prepared, so that 20% is left to happenstance and serendipity and just happy accidents.”

Sean Baker, a visit that has come true for the Festival

The meeting with Sean Baker is probably the most expected one from this year’s program. In Luis Miranda’s opinion, the director is one of the biggest names of this 21st edition as well as of the Festival’s history. “He’s one of the filmmakers we’ve followed and for whose work we’ve always felt a significant affinity.” After recalling Prince of Broadway’s appearance at the Official Section and its growth, since then, within the festival circuit and this century’s film culture, Miranda stressed that Baker’s filmography “represents in an exemplary manner what best characterizes American independent cinema.” He is a filmmaker, he continued, whose films “show a radical commitment to that daily reality inhabited by characters who, despite their deprived and precarious situation, are full of an absolutely undomitable vitality.”

In addition to their vitality, his film works also stand out, said Miranda, due to their “ability to capture the oral and gestural languages of these characters that are conditioned by their origins or circumstances but who are rich in reality,” because Sean Baker “is a creator of characters within current cinema.” He added that “it is moving how his films leave out completely all the excuses that have to do with the ethics of success. They are characters who, maybe reluctantly, and in many cases just by being on a totally different vibe, move on the margins of that ethics of success which would be the ecosystem they are forced to inhabit in a country such as the United States.”

During the press conference, Miranda also expressed his satisfaction from having Sean Baker and producer Samantha Quan at the Festival. Contact between both parts had began in 2015 and continued throughout the years, until the meeting finally came to fruition in this 21st FICLPGC.