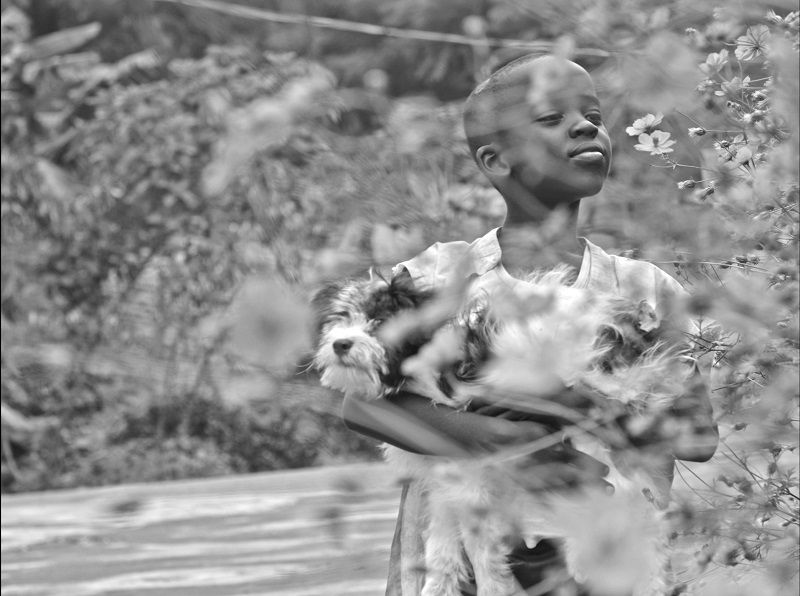 Las Palmas de Gran Canaria, Sunday 24 April 2022.- The Las Palmas de Gran Canaria International Film Festival’s Official Feature Film Section starts on Monday 25. In total, ten innovative, surprising, controversial or self-reflecting films coming from Vietnam, France, Rwanda, Canada, Argentina, Switzerland, Belgium, Germany, USA and Lithuania will compete for this 21st edition’s awards. The first one to take Cinesa El Muelle’s big screen will be the Rwandan Father’s Day, by Kivu Ruhoradoza (2022, 111 min.), which portrays three linked stories on paternity and maternity crisis in Rwandan society. Its first screening will take place at 9:30 a.m., while the second one, at 8 p.m., will be attended by the producer of the film, Dida Nibagwire.

In Father’s Day, while a mother copes with the loss of her son, she feels estranged from her husband. Despite their lack of closeness, a daughter prepares for life-saving organ donation for her father. And last, a young boy is introduced into adulthood by his criminal father. The last screening of this Rwandan film will be on Tuesday 26 at 5:15 p.m.

In the Lithuanian Piligrimai, by Laurynas Bareisa (2021, 92 min.), Paulius and Indre share the trauma of a horrible event. They both lost Matas, his younger brother, and her boyfriend. While they cope with grief in very different manners, their need to let go of a beloved person leads them to a peculiar detective-like path. First screening on Monday 25.

The Canadian Geographies of Solitude, by Jacquelyn Mills (2022, 103 min.), describes the life of conservationist Zoe Lucas, the single inhabitant on an island 100 km from Nova Scotia. Sable Island biodiversity is discovered through her eyes, revealing a breathtaking landscape menaced by the intervention of humans. First screening on Tuesday 26.

The Vietnamese and German coproduction Memoryland by Kim Quy Bui (2021, 99 min.), uses interrelated stories to explore attitudes about death in Vietnam. Caught between tradition and modernity, people struggle to achieve a dignified memory for their dear departed. Sometimes, rituals are performed for the living as for the dead. First screening on Tuesday 26.

The Vietnamese Children of the Mist, by Ha Le Diem (2021, 92 min), delves into the independence-tradition dilemma. In the misty mountains of North Vietnam, Di, a teenage girl, is facing a difficult decision: to become an adult by starting a family of her own or continuing her studies. The controversial tradition of “bride-kidnapping” from the Hmong community forces girls to lose their innocence or give in to the temptation of false independence. First screening on Wednesday 27.

In the American Nuclear Family, by Erin Wilkerson and Travis Wilkerson (2021, 95 min.), the filmmakers go on a road trip with their three children through the American West. Growing up in a family obsessed with the menace of nuclear war, their journey through the plains and deserted landscapes follows the infrastructure of missile production. In contrast with their fun activities like swimming and camping, the effects of war are latent during this apocalyptic journey. First screening on Wednesday 27.

The Argentinian The Middle Ages, by Alejo Moguillansky and Luciana Acuña (2022, 90 min.), a ludic film about the lives of these filmmakers and their daughter Cleo during the confinement, depicts a family stretched to the limit. Seen through their ten-year-old daughter’s eyes, Cleo, the quarantine has absurd effects on the domestic lives of an artistic family. First screening on Thursday 28.

Swiss, French and Belgian coproduction La ligne, by Ursula Meier (2022, 101 min.), is a family conflict founded on reproaches. Christina blames her older daughter Margaret for her failing career as a concert pianist. Margaret hits her mother during an argument and receives a restraining order from her family. The separation only grows her desire to reestablish bonds and make amends. First screening on Thursday 28.

The American Shared Resources, by Jordan Lord (2021, 98 min.), is a title about the importance of the material and sentimental debt Lord experiences after ending up broke due to the Katrina hurricane which depicts domestic life and casual conversations negotiating their representation onscreen. The film uses audio descriptions of the image to ask in-depth questions about the significance of material and sentimental debt alike. First screening on Friday 29.

In the French Coma, by Bertrand Bonello (2022, 80 min.), the filmmaker depicts the 18th anniversary of her daughter during the confinement. Forced to stay indoors and with little to do, the teenager is lulled into an online existence. The consumption of dubious content produced by influencer Patricia Coma paired with the uncertain future triggers her worst fears. First screening on Friday 29.

The jury that’ll watch these ten films competing for the Golden Lady Harimaguada is made up of filmmaker Lucile Hadzihalilovic, to whom the Festival is going to dedicate a retrospective; 2008 Nobel peace candidate Rita El Khayat, writer, anthropologist  and president of the Moroccan Cinematographic Centre (CCM), and Tiina Lokk, director of the Tallin Black Nights Film Festival.