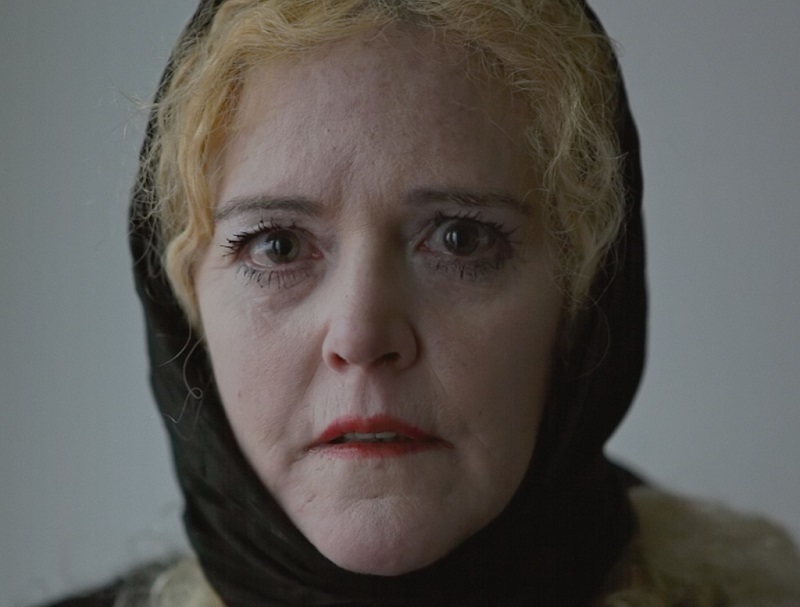  Alexis Delgado present in Canarias Cinema a singular portrait of Renata Felicitas-Soskey, in prison due to the brutal murder of her neighbor: a surprisingly ludic exercise between the director and an inmate with old-star-like manners and a dark background
 “I’ve been questioned for filming a convicted person, but people sometimes forget that a documentary is also a film, a representation of reality, which in essence is the same as creating a fiction,” points out the filmmaker 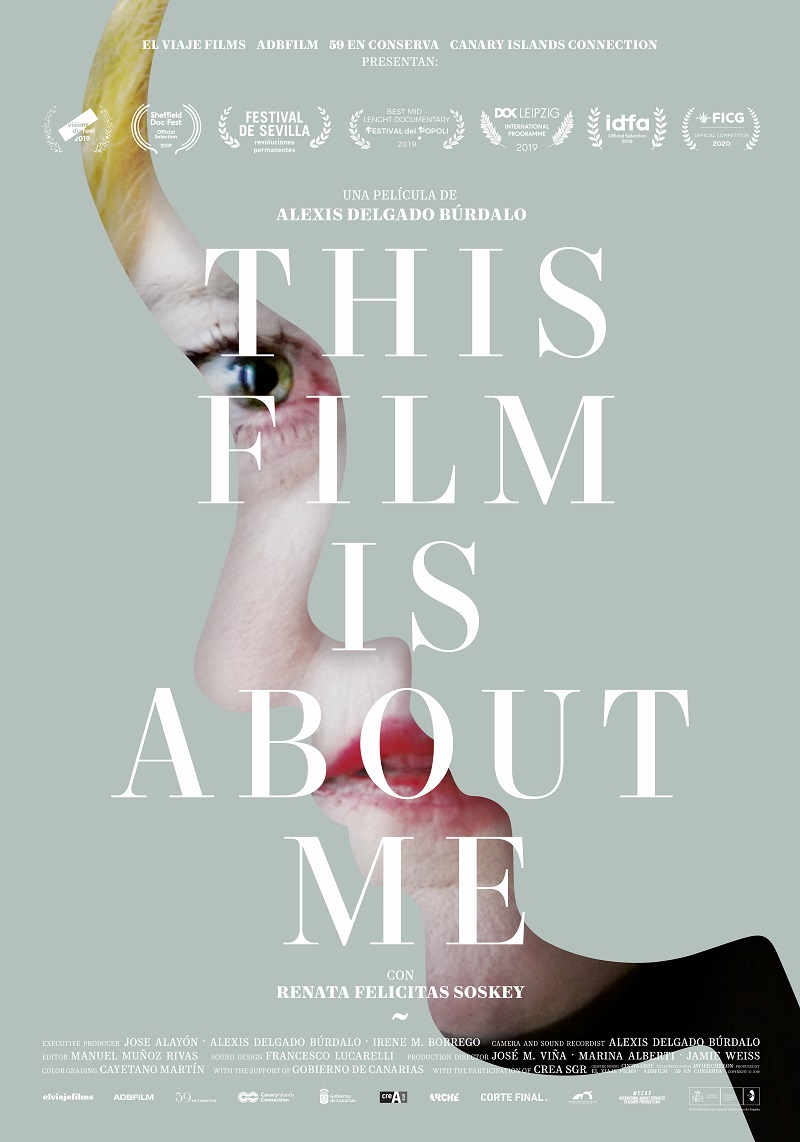 Las Palmas de Gran Canaria, Tuesday April 13, 2021.- “Renata Felicitas-Soskey looks at the camera. She’s really close, captured in a close-up. “What is this film about?”, asks the voice-over. “About me, it’s a film about me,” she claims. Indeed, This Film is About Me (2019) is a feature film about her. Or, rather, about the character its director, Alexis Delgado Búrdalo, creates around her in a captivating, tragicomic and disturbing documentary. Renata is a narcissist and is enchanted with the lens. Minute after minute, the filmmaker delves into the interview and the personality of a woman under particular circumstances: she is serving a sentence in Galicia for the brutal murder of her neighbor.

How did Renata end up being the object of Alexis Delgado’s film? The director was carrying out the documentary monitoring of a friend’s work in that same penitentiary. “By then I just wanted to make cinema, to find a pretext to film.” He finished his initial commitment, not before meeting Renata: his short film Tres mujeres (2014) is about her and two other characters. An awarded piece, praised by critics, that the filmmaker finished with a minimum crew, made up of a sound engineer and a camera operator. But once the short-film was completed, Alexis said goodbye to them all and remained alone with the protagonist of This Film is About Me. First it was the long approach to the character, the hunt for her trust. And then, a sort of game in which she tried to show him her best side while he attempted to go beyond the face of whom seemed like a true diva of silent cinema. A star of times past.

“The film is a sort of making of in itself, the process of filming accompanies the meeting with her. Then, it keeps on growing in real time. And certain meta-film manners are incorporated, but in a very natural way,” points out Delgado. “In the end the connection between her and I is noticeable. It was a happy meeting. And she, of course, let herself be filmed.”

Up to the point of feeling that “Renata’s eagerness to make a good impression is what’s captivating: she wants her portrait to be the most completed and fascinating possible. Like everyone else, she wants to give the best image of herself. Renata is not different from everyone else in that sense. She escapes through a dream, tries to avoid answering when she is asked for the crime she committed. That duality exists, and there resides the most interesting thing about the character,” explains the director, who spent two years travelling during the weekends to the prison in order to complete the shooting.

Delgado stresses that this “was not a film to denigrate nor defame. People don’t want to show aspects of themselves that are opposite to their image. It was easy with Renata, because she’s pretty narcissist. She has an air of femme fatale and also artistic sensitivity. She was eager for someone to discover her and film her charm. It wasn’t difficult to film.” And he adds that “I never judged her. I filmed very close to her, with the camera really close. I was fascinated by her face and her personality over her story’s dark background. In fact, it was a very happy moment in my life.”

The filmmaker could thus complete an exercise which is also very bold, in times of polarized opinions and absolute truths. “Yes, it happened to me,” he admits, “I’ve been questioned for filming a convicted person. Those debates open up documentary films. Here you play with the rules of what truly happens, and alarms, judgments and expectations set off there, too. People sometimes forget that a documentary is also a film, a representation of reality, which in essence is the same as creating a fiction.”

Here is, in fact, the conceptual core of Delgado’s film, because “the Renata who appears in the film is a Renata, the one I’ve created in this film, not the Renata in the flesh. When we start a debate on ethical or moral questions, we should also ask ourselves what’s real and what’s not. And this character is also ambivalent: we don’t know when she performs, when she’s interpreting a fantasy of hers or when she is more real. The work I’ve made is like that, too.” An assumption that is also complex, since “you never finish the portrait of a person. With her, not even after spending a thousand years filming her, could I have finished it.”

Alexis Delgado accepts that his participation as permanent interviewer, his voice in the film “yes, it also forces me to portray me.” Which didn’t prevent the final editing to be carried out “in a ludic way, because that’s what we were really doing. Always from the respect, and with a personality that was open to it. The editing had to be an accessory to that game we’d maintained throughout the shooting.”

Alexis Delgado already knew the Las Palmas de Gran Canaria International Film Festival thanks to its complementary initiative MECAS (Market of Almost-Finished Films). “I’m dying to be there, at the Festival, along with our producer (Canarian José Alayón). Thanks to the production company El viaje Films I have several connections with the Canary Islands. And I’ve always heard very good comments about the Festival. I think it is a really impressing event. And I feel very happy and honored to be able to be there.”

This Film is About Me is screening at 10 am this Wednesday April 13 at Cinesa El Muelle’s Screen 9. There’ll be another screening on Friday April 16 at 7 pm that will include a previous introduction by Alexis Delgado. The event is subject to all security measures fighting the spreading of COVID-19, so masks are compulsory and social distances need to be observed at all times during screenings.