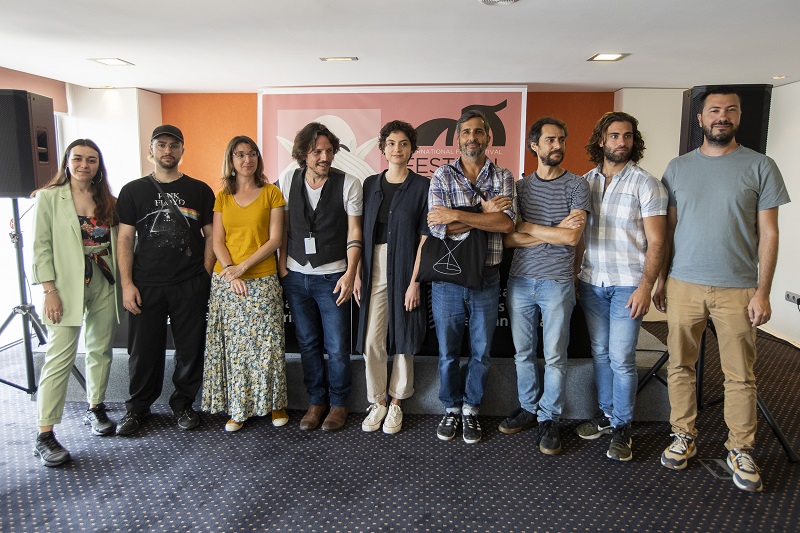 The jury has awarded the film Rendir los machos, one of the three feature-length titles competing in this edition, “because of its precise and formally beautiful portrayal of a story, its roots and landscapes.” “A film approach that”, in their opinion, “is promising and unique.” The Festival will grant a 3,000-euro award to its director.

The Richard Leacock Award for Best Short Film, valued at 1,500 euros, has been won by Rafael Montezuma’s work, Bancal (Spain, 2021, 29 min.). In this short film, the jury has appreciated “the elegant way in which it portrays a character, his time and space with a dazzling use of sounds and images.”

Julieta Juncadella, Alba Paz and Jesús de la Peña have also granted a third recognition to another of the fifteen works competing in the short film category: a Special Mention for A Flower in the Void (Spain, 2021, 28 min.), a piece by Jesús F. Cruz in which they’ve highlighted “the risk taken by mixing formats and materials that has resulted in a fictional work with a very personal and intimate tone.”

Before announcing the awards, the three members of the jury have expressed their gratitude for participating in the festival and have congratulated the organization team for its programming, as well as for their firm commitment to local directors and producers and, especially, to emerging talent. Likewise, the three of them have agreed on pointing out the different ways of looking and the variety of genres and approaches they’ve found in the eighteen works that were competing in this Canarian section.

In addition to the awards announced by the Canarias Cinema Jury, the titles participating in the section were also competing for a Distribution Award granted by the Canarian audiovisual production company Digital 104.

The Digital 104 Jury, composed of Jonay García and Andrea García, has awarded the short film made by Álvaro Pinell, Time (L)over / Time Lover (Spain, 2021, 5 min.), “for its capacity to tell a universal story from simplicity and from symmetry as a love metaphor conditioned by time and in which its cogs will mark their fate.”

The short film will receive a year-long strategy for its international distribution, advice, management, registration and submission to national and international festivals on behalf of the company Digital 104.