 Five features and four short films make up this section’s program, which, for the first time since it appeared as a cycle in 2007 and later became a regular section in 2016, will grant a 5,000 euro prize to the best work 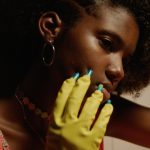 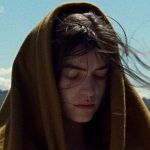 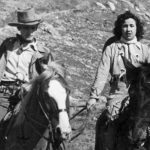 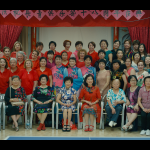 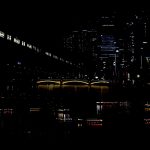 The Sower of Stars, by Lois Patiño 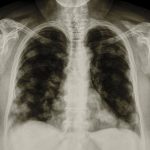 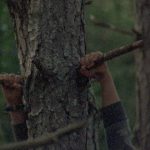 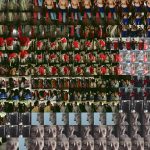 The Stillness Syndrome, by León Siminiani

Las Palmas de Gran Canaria, Thursday 31 March 2022.- The 21st edition of the Las Palmas de Gran Canaria International Film Festival turns Panorama Spain into a competitive section. It started in 2007 and 2009 as D-Generation. Subterranean Experiences of Spanish Non-fiction, later became a permanent section in 2016 and now, for the first time, it will provide its respective jury with a total of nine works: five features and four short films that will be screened during the Festival starting next Friday, April 22.

After the Selection Committee watched all the 165 works the Festival received for this section, 9 remained. These will compete for the Panorama Spain Award, the first one that’ll be granted in this category and that’s valued at 5,000 euros. Thus, the section begins a new phase, although it originally started during the Festival’s first decade as an attempt to search for new proposals by authors within Spanish cinema who expressed themselves from the margins of the industry.

As previously noted, the initiative began with D-Generation, a proposal commissioned by Spanish historian, university teacher and film producer Josetxo Cerdán and by film critic, teacher, programmer and historian Antonio Weinrichter. Both of them formulated a proposal that showcased the vitality of a cinema that was breaking into the documentary world (2007) as well as the fictional one (2009), a kind of cinema that took risks outside the limits set by the industry. Since then, this line of work that reflects on the deep change creation experiences in all its spheres, from narration to production, has had a strong presence within the Gran-Canarian Festival.

In 2016 the Festival showed works by Lois Patiño, José Luis Guerin, Sergio Oksman, Elena López Riera, Pablo Hernando, Víctor Gonca or M.A. Blanca. In 2017, the Festival added to its program masterclasses taught by some of the authors presenting their works: Virginia García del Pino, Isaki Lacuesta, Fernando Franco and Elías León Siminiani. A lot of these authors have returned to Panorama Spain throughout the years. In fact, León Siminiani will be competing in this section with The Stillness Syndrome, a short film from Marvin&Wayne Short Films that shares a film essay a group of filmmakers set out to make from Colombia.

León Siminiani returns to a Festival that in 2017 gave him carte blanche for selecting some of the works that would make up Panorama Spain. Two years later, in 2019, the Cantabrian director won the Feroz Award for Best Documentary with Apuntes para una película de atracos. An award that joined the Silver Biznaga he won in 2010 at the Malaga Film Festival with his short film El tránsito and the Goya nomination he received in 2012 for Best Short Fiction Film with El premio.

Another author that has come back, now to this edition’s contest, is Lois Patiño, who will compete with his short film The Sower of Stars. This work was recognized by the Berlinale in its short film section, where it managed to become the Candidate for the European Film Awards, and was also nominated to the Golden Bear. Patiño, who won the Silver Biznaga of Malaga’s Zonazine section in 2020 for his film Lúa vermella and who has received multiple nominations at many different international festivals, will present at the Las Palmas de Gran Canaria International Film Festival a short film that navigates Tokyo’s nocturnal universe.

Maider Fernández Iriarte will appear, too, in Panorama Spain with a short film entitled Faith, a production by Apellaniz and de Sosa in which he reopens the debate between science and religion. Likewise, Maddi Barber and Marina Lameiro will present Paraíso, a work that portrays the different ways a group of men and a woman showcase when entering a forest.

Regarding the feature-film category, this section will screen Lullaby, directed by Alauda Ruiz de Azúa. A journey into maternity that’s just triumphed, a few days ago, at the Malaga Film Festival, where it won the Golden Biznaga for Best Spanish Film and the Silver Biznaga for Best Screenplay. In addition to these, it won the ASECAN Award for Best First Film, the Feroz Puerta Oscura Award and the Signis and Young Jury Awards. Its main characters, Laia Costa and Susi Sánchez, won as well Ex Aequo the Silver Biznaga for Best Actress. The film will be in theaters on May 20, thanks to BTEAM Pictures.

This 2022, during the LPGCIFF, the audience will be able to watch Carajita, by Silvina Schnicer and Ulises Porras. Last year they won with it the APIMA Award at the Mar del Plata Film Festival, where the film was also nominated for Best Latin-American Film. This coproduction that portrays the strong bond between a girl and her nanny got them, too, the New Directors Award at the 2021 San Sebastian International Film Festival.

Panorama Spain’s first competitive edition will show the works by two veterans of the Festival, Helena Girón and Samuel M. Delgado. They won in 2016 and in 2017 the Richard Leacock Award for Best Short Film with their works Burning Mountains that Spew Flame and Plus Ultra, respectively, and now they have finally gone from the local section, Canarias Cinema, to the national one with Eles transportan a morte (They Carry Death). A feature that travels back to 1492 in order to delve into the story of three men who sailed in Cristobal Columbus’ crew and that Begin Again Films will release on May 13.

Ione Atenea also returns to the Festival in which her feature Enero was shown last year. In this edition, she’s come with Horses Die at Dawn, a film that discovers the lives of the former tenants of a house through the objects they left behind. Wan Xia will be the last one of the titles that make up Panorama Spain. In it, its director, Silvia Rey Canudo, portrays the ups and downs of a Chinese Seniors Club in Madrid. The film from IMVAL Producciones will be in theaters next May, too.