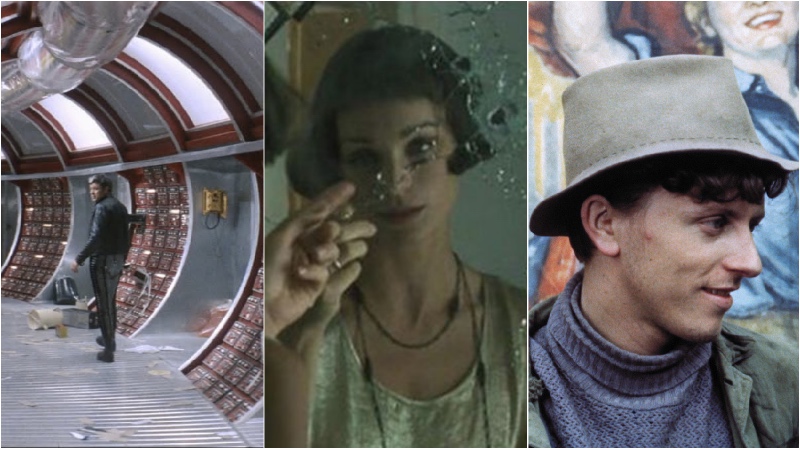 The cycle Red Star presents Solarys at the Elder Museum

Red Star, the cycle that revives the science fiction from the other side of the Iron Curtain, present on Thursday, April 12, the masterful Solarys (USSR, 1972, 165 min.), by Russian filmmaker Andrei Tarkovsky. A unique occasion to recover for the big screen a classic of the genre in original version with Spanish subtitles.

The film, a part of the Festival’s particular view of 2001: A Space Odyssey’s 50th anniversary, can go toe-to-toe with Kubrick’s, not regarding its production level, which is so different, but regarding its poetic depth. Played by Natalya Bondarchuk, Donatas Banionis, Jüri Järvet and Vladislav Dvorzhetskiy, among others, in Solarys, Psychologist Kris Kelvin is sent to a space station orbiting the moon of a distant planet. Once built to hold over 80 people, the station now has only 3 occupants, who are suffering from all sorts of delusions.

Solarys‘ second showing will take place on Friday 13, at 9:30 pm, at the Monopol Screen 4.

Further information on the cycle here.

Filmmaker Radu Jude will present to the audience, on Thursday 12, at 5 pm, one of the features he selected for the film series Radu Jude 4 ½ + 4, which includes, besides four features and a short film by him, other four features that have deeply influenced him.

O Vara de Neuitat (An Unforgettable Summer) (Lucian Pintilie, Romania, 1994, 94 min.) will be the film Aferim!’s author shall present at the Monopol Screen 4. “Lucian Pintilie’s film”, says Jude in a interview he gave the Festival, “is very important because it is one of the rare cases where a critical view regarding the past of Romania was expressed in cinema. It is a great film apart from that, with a wonderful presence of Kristin Scott Thomas, with a brilliant mise-en-scene, but for me the way the film shows the past of Romania is still the most important element, even more important now in a Europe where nationalism seems to come back in force”.

Starring Kristin Scott Thomas -who plays aristocrat Marie-Thérèse Von Debretsy-, Claudiu Bleont, Olga Tudorache and George Constantin, An Unforgettable Summer‘s plot takes place in Romania in the 1920s. Marie-Thérèse Von Debretsy refuses the advances of her husband’s commanding officer. As a result, the cosmopolitan family is reassigned to a dark and dangerous outpost on the frontier between Bulgaria and Romania where their relationship and humanity are severely tested.

The communist regime censored it; the Berlin Festival granted it in 1990 the Golden Bear. The Czechoslovakian film Skrivánci na Niti, by Jiri Menzel, based on a series of stories by great Czech novelist Bohumil Hrabal, tells satirically the story of a group of people sentenced by the Communist government to work at a junkyard, as a form of punishment for their counterrevolutionary actions. This film was censored by the Czechoslovakian regime and did not premiere until the fall of the Iron Curtain. It being included in the film series May 68 is thanks to the Madrid Czech Centre’s support. Its single screening will take place on Thursday, 12, at 7:30 pm, at the Monopol Screen 2.