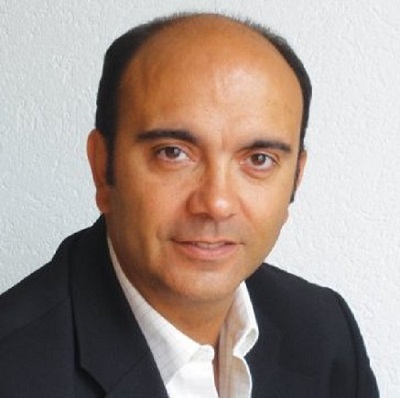 Spanish national but born in Switzerland, he is the founder and the editor of Mundo Hispánico; a monthly Spanish magazine published in Switzerland that is mainly dedicated to the arts and culture. As an editorialist writer and the editor, he has numerous publications of columns, reviews and interviews related to the cinematographic world. The magazine stands out for its coverage and promotion of Ibero-American films that are distributed in Switzerland. It also covers the Spanish-language film series organized in several cities of the country, as well as the principal Spanish, Latin American and Swiss festivals, which usually have a significant Ibero-American presence, such as the Locarno Festival, the ZFF in Zurich, the FIFF in Freiburg, the NIFFF in Neuchâtel or FILMAR, in Geneva. Through its pages have passed directors such as Alejandro Amenábar, Isabel Coixet, Cesc Gay, Arami Ullón, Juan José Campanella, Andrés Wood or Laura Mora, actors Carlos Iglesias, Marisa Paredes, Ana Villa, Salvador del Solar or Javier Cámara, and screenwriters like Gerardo Olivares or Rafael Cobos.

Holder of a master’s degree in Computer Science and a PhD in Sciences and as a specialist in Bioinspired Autonomous Systems, he developed, in the 90s, several projects in the interdisciplinary framework of cognitive sciences and artificial intelligence. He was successively a researcher, a project coordinator of I+D and a professor at the universities of Neuchâtel and Geneva, as well as in various engineering schools. In his role as an entrepreneur, he is the founder and the director of the communication company Hispacom and was the commercial director and the administrator in Switzerland of the German company Ultra Consulting Network, specialized in centralized systems of data storage and digital security. At present, besides his editorial work in Mundo Hispánico, he works as a secondary school teacher in Neuchâtel (Switzerland), teaching mathematics and computer science.