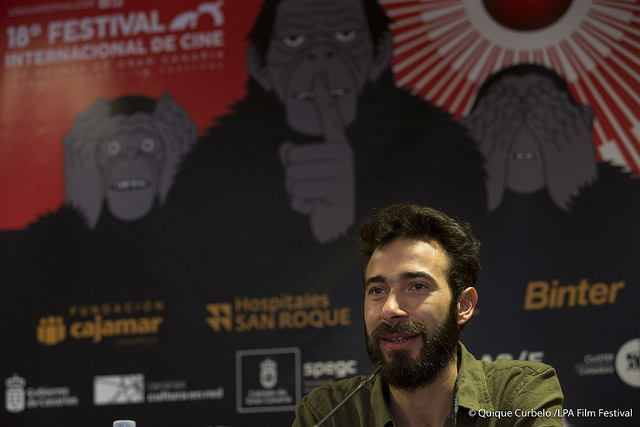 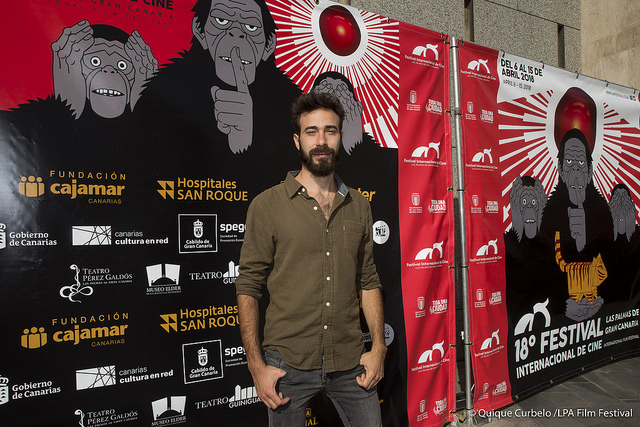 The Argentinian village of El Dorado and the particular healing methods practiced by its residents are the epicenter of El Espanto, by Martin Benchimol and Pablo Aparo. Benchimol presented his film on Friday morning at the Pérez Galdós Theater, accompanied by film critic and writer Antonio Weinrichter: “It’s a film about our beliefs, because the most importan thing is what one beliefs about what he sees”. In this case, what the spectator watches is the choral portrayal of a small village, barely over a hundred inhabitants, who eagerly volunteered to the experiment by the filmmakers from Rio de la Plata. They also made La gente del rio in 2012, shot in the near village of Emestina.

Benchimol and Aparo’s work was carried out in a slow rhythm (“the shooting lasted for over two years”) and with a vocation for winning their characters’ mutual understanding: the residents of an Argentinian village. The directors had the advantage of being known in the area after their previous work: “That generated a trustworthy relationship very important for us”, admitted the author. In addition to the fact of shooting “with a very small team, many times it was just Pablo and I. We discovered in La gente del rio that if were more than three or four it made people uncomfortable. Of course, we invested a lot in time, more than in teams”.

The filmmaker defined his film as “a documentary” in which, nonetheless, “we like the audience to leave the cinema doubting what’s true and what’s real. In fact, it’s something that happened to us while we were filming the stories. Sometimes we thought… they’re lying to us… Other times, the same characters were aware of their roles in the film, they exaggerated it… But we find all that interesting”.

Benchimol added that El Espanto “talks with myths and legends and about what one believes. It’s a film about beliefs. The most important thing is what one believes about what one sees”. And he stressed that “I don’t think it’s healthy to appeal to the category of truth to analyze it, that seems boring to me and diminishes its magic”.

During the shooting “we weren’t afraid of retakes, of shooting the same person twice, doing it again more slowly”, he explained. In the editing phase “we mix what he have a bit up, writing its structure and adapting the materials. We went from focusing on Jorge’s character (the healer) to do it on the entire village”.

Benchimol revealed that “it was one of the best things that have happened to me” that the village inhabitants could see the final cut in their village’s dance hall. “In a 120-people village there were over 500 watching the film. They lived it with lots of fun, a commented screening. It was pretty beautiful to witness how they saw themselves onscreen: they laughed, knowing the kind of humor they were making…”.

The Argentinian filmmaker defended his work as “a playful film, we invite to take it so, like the characters that appear in it”. And he added that “our formal proposal, with an exaggerated frontage, appeals to something that isn’t normal. The characters are wonderful. They love the camera, I’m still surprised today by the naturalness with which they are in front of the camera… They seem to have forgotten they were being filmed”.