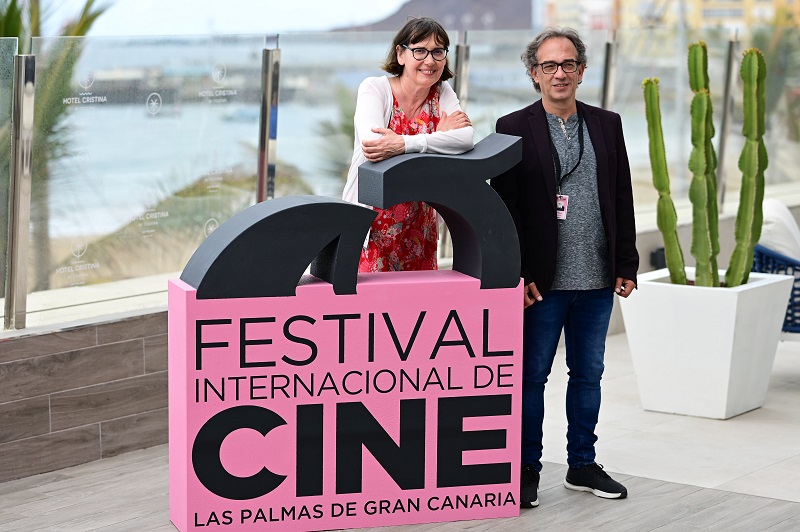  The Film Festival will screen six pieces by the French filmmaker, who will give a talk chaired by writer and film critic Jesús Palacios, in addition to being a member of the Official Feature Films Section

 The catalogue and full schedule of this 21st Film Festival are available at the official website lpafilmfestival.com 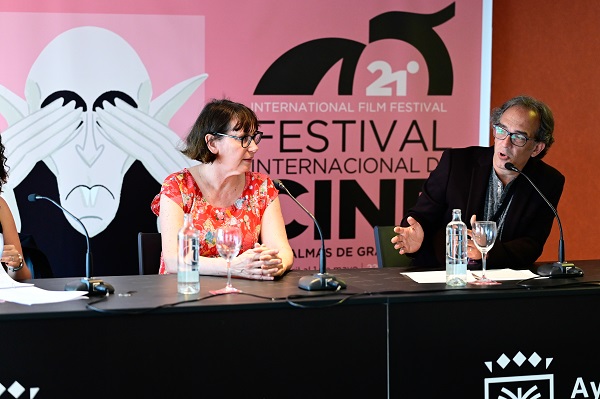 Las Palmas de Gran Canaria, Friday 22 April 2022.- With a well-defined and irrepressible personality, the French director, screenwriter and producer Lucile Hadzihalilovic, a model of psychological and fantastic cinema and one the most singular filmmakers in auteur cinema, explains that the strength of stories is not in the narration, but in their purest sensorial approach. This filmmaker returns to the Las Palmas de Gran Canaria International Film Festival with a retrospective that recovers six of her pieces, as a jury member of the Official Feature Film Section and with a talk that’ll be chaired by writer and film critic Jesús Palacios.

In a press conference held this Friday, Hadzihalilovic was accompanied by the director of the Festival, Luis Miranda, who emphasized that the filmmaker “is a great explorer of the poetic possibilities of the fantastic.” Her filmography, pointed out Miranda, “is one of the most intriguing of this century.” Occasionally, he said, “she’s linked to a certain extreme trend in French cinema,” a trend that, according to him, “is defined by addressing the issues related to the body with harsh materialism.” A corporal and material trend that adopts with Lucile a particular dimension, precisely because of her faithfulness to the suggesting possibilities of the fantastic.

For the director of the Festival, in Lucile Hadzihalilovic’s work dystopias are “a way of creating worlds with their own rules.” The filmmaker, said Miranda, “could fit the category, shaped for Hitchcock, of the universe-controller filmmakers.” The key difference, he continued, is “that these universes of Lucile seem to be ruled by poetic laws; they have logic, but it’s sensorial, associative.” In her films we find mysterious associations with such a precision that they invite the audience to dare to make such associations even without guarantees. And regarding that absence of guarantees, he stressed that the French filmmaker “may create something so paradoxical as a narrative that it is dystopian and subtle at the same time, thus challenging the audience’s interpretative ability.”

During the press conference, the French filmmaker talked about the approaches she followed in the films the Festival will screen. Which, as she specified, “complement each other and, in some cases, oppose one another.” The retrospective dedicated to the filmmaker will include the sci-fi production Évolution (France, Belgium, Spain, 2015, 81 min.), which won the Special Jury Award at the 2015 San Sebastian Film Festival; the features De Natura (Romania, France, 2018, 6 min.); Earwig (United Kingdom, France, Belgium, 2021, 114 min.), Special Jury Award at last year’s San Sebastian Film Festival; Innocence (France, United Kingdom, Belgium, 2004, 115 min.); La Bouche de Jean-Pierre (France, 1996, 52 min.), a medium-length film that was nominated for the Golden Camera Award at the Cannes Film Festival, and the short film Nectar (France, 2014, 18 min.).

In these works, the filmmaker has attempted to show the audience what she feels herself. “I want the audience to see reflected feelings, I’m not interested in films that just repeat formulas,” stressed the filmmaker who avoids commercial cinema. In that sense, she insisted that “I want the audience to enter those unknown territories and worlds, to share the intimacy reflected in the films.” Because her films offer a sensorial rather than narrative cinema.

Works that transport the audience to dreamlike and mysterious atmospheres that include hypnotic and beautiful sequences fluctuating between gothic horror and magical realism. Because Lucile Hadzihalilovic’s films are out of the ordinary.

It is not the first time a work by Lucile Hadzihalilovic appears at the Las Palmas de Gran Canaria International Film Festival. In 2016 she won a Special Jury Mention for her feature Évolution, and in 2019 the Festival also screened La Bouche de Jean-Pierre, a title selected by the pair of French filmmakers Hélène Cattet and Bruno Forzani for the cycle they programmed on genre cinema.