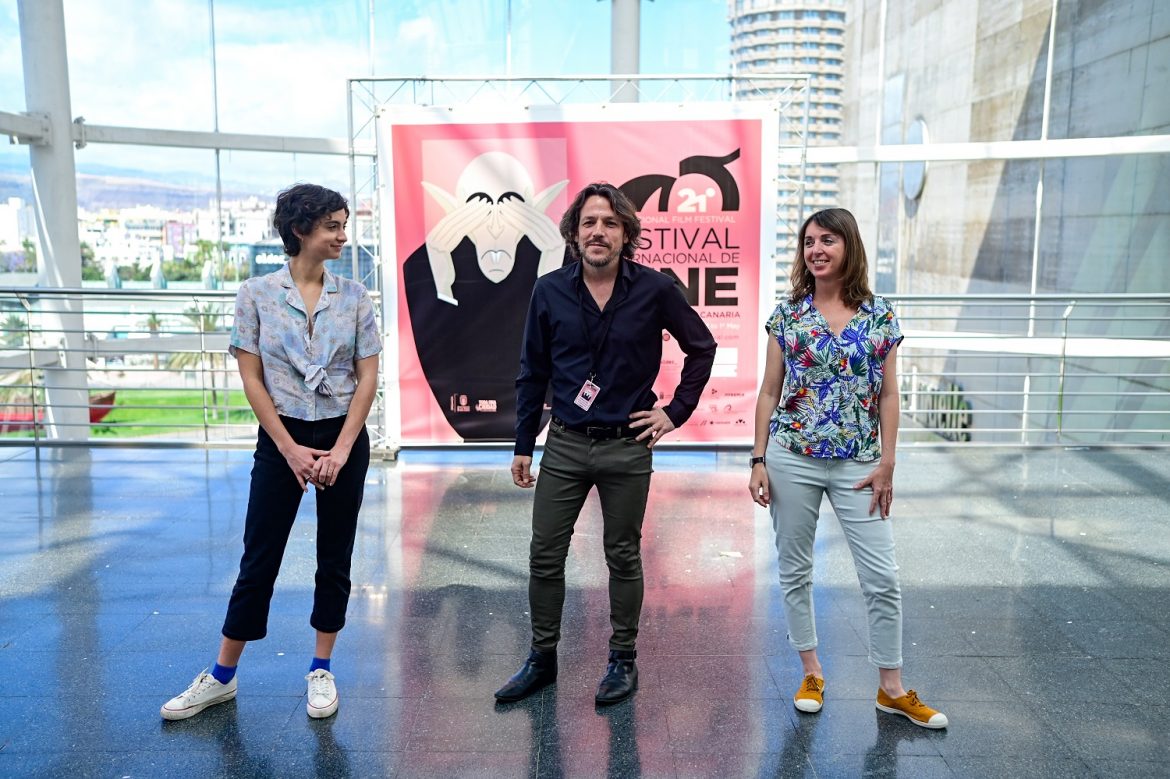 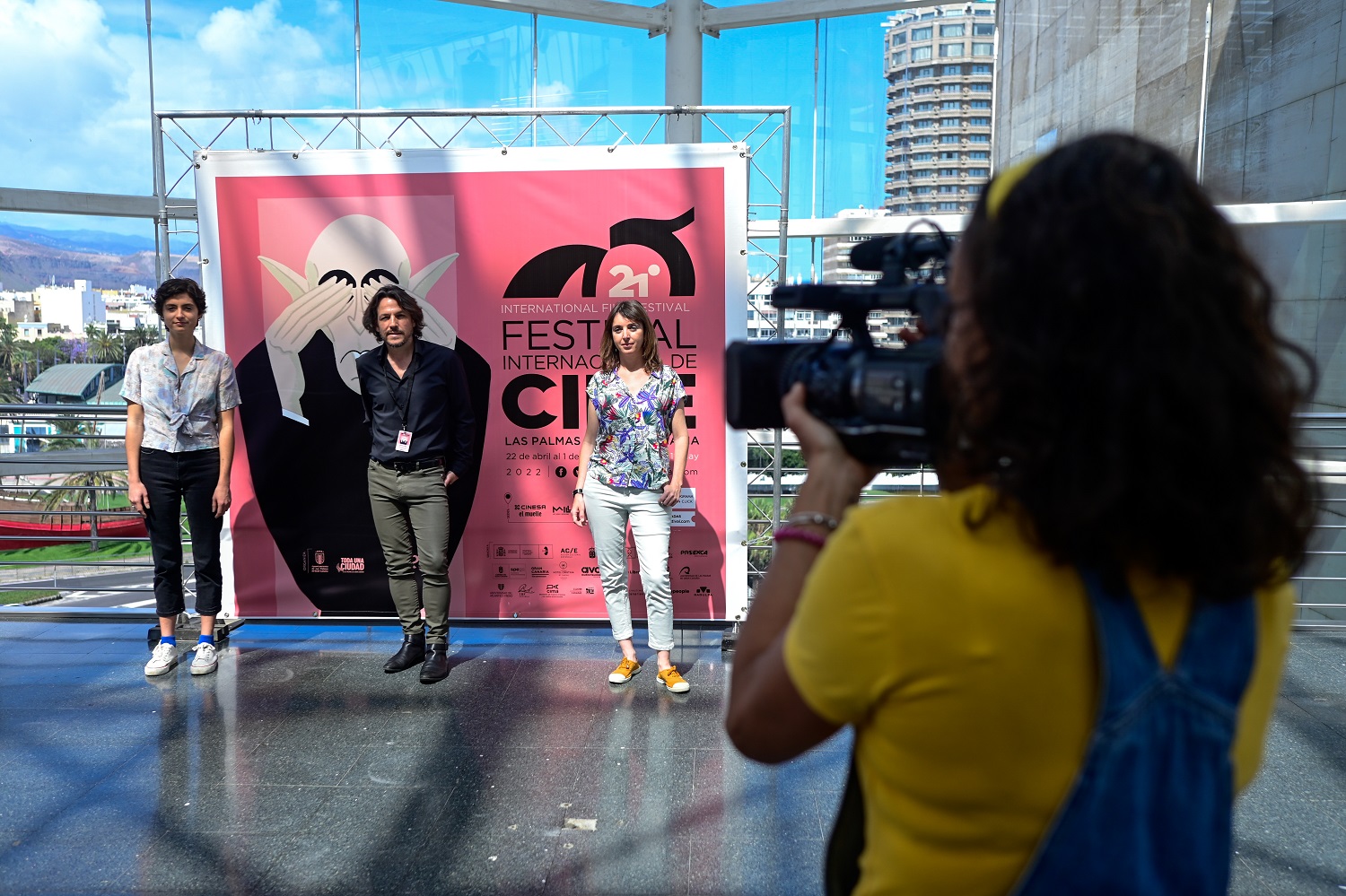 Las Palmas de Gran Canaria, Sunday 24 April 2022.- Agreeing to be part of a film festival jury means a singular binge-watching of movies. Works from different genres and with different origins and formats, either features, short films or medium-length films. Each jury has a function and its members, as undisputed film buffs, most of the time significantly linked to this art, experience the nomination with special illusion.

On Sunday 24, the Gran-Canarian Festival has gathered a jury who is on the verge of deciding their section’s awards, Canarias Cinema, and another one who is precisely starting to watch their correspondent films today, that of Panorama Spain.

On Julieta Juncadella, Alba Paz and Jesús de la Peña’s shoulders lies the responsibility of distributing this edition’s Richard Leacock Awards, which will recognize the best feature film and the best short film of a section that highlights the importance of the films related to the Islands, either because of their locations, or because of the origin of the filmmakers or the production.

So intense and condensed is their work that Juncadella, Paz and de la Peña will have finished watching the 18 competing titles (3 features and 15 short films) before their lunch break. Now begins the most complicated part of their job, the assessment and final decision, a task that could take them hours to resolve and that they’ll announce on Monday 25 during a press conference.

Julieta, Alba and Jesús have different profiles. Head of Vitrine Filmes España, the first one is filmmaker, producer and distributor. The second one, co-manager of the Toulouse Cinespaña Festival, teaches classes and follows new trends in Spanish cinema closely. Finally, the third member of the jury is a cultural manager, head of the Audiovisual and Digital Production Department of Murcia City Council and co-director of the IBAFF Murcia International Film Festival. Theirs are three different ways of tackling Canarian cinema, a fact that benefits the island filmmakers and producers who, in many occassions, get new opportunities to show their works.

On the verge of the last screening they have to attend, the three of them agree that they arrived very excited to the Film Festival, where they’ve been surprised by the different ways of looking and the variety of genres and approaches that have come from the same place: the Canary Islands. In that regard, Jesús de la Peña has claimed that he’s grateful for revisiting Canarian cinema, a growing cinema, “something wonderful, with such a strong talent pool and a magnificent diversity.” 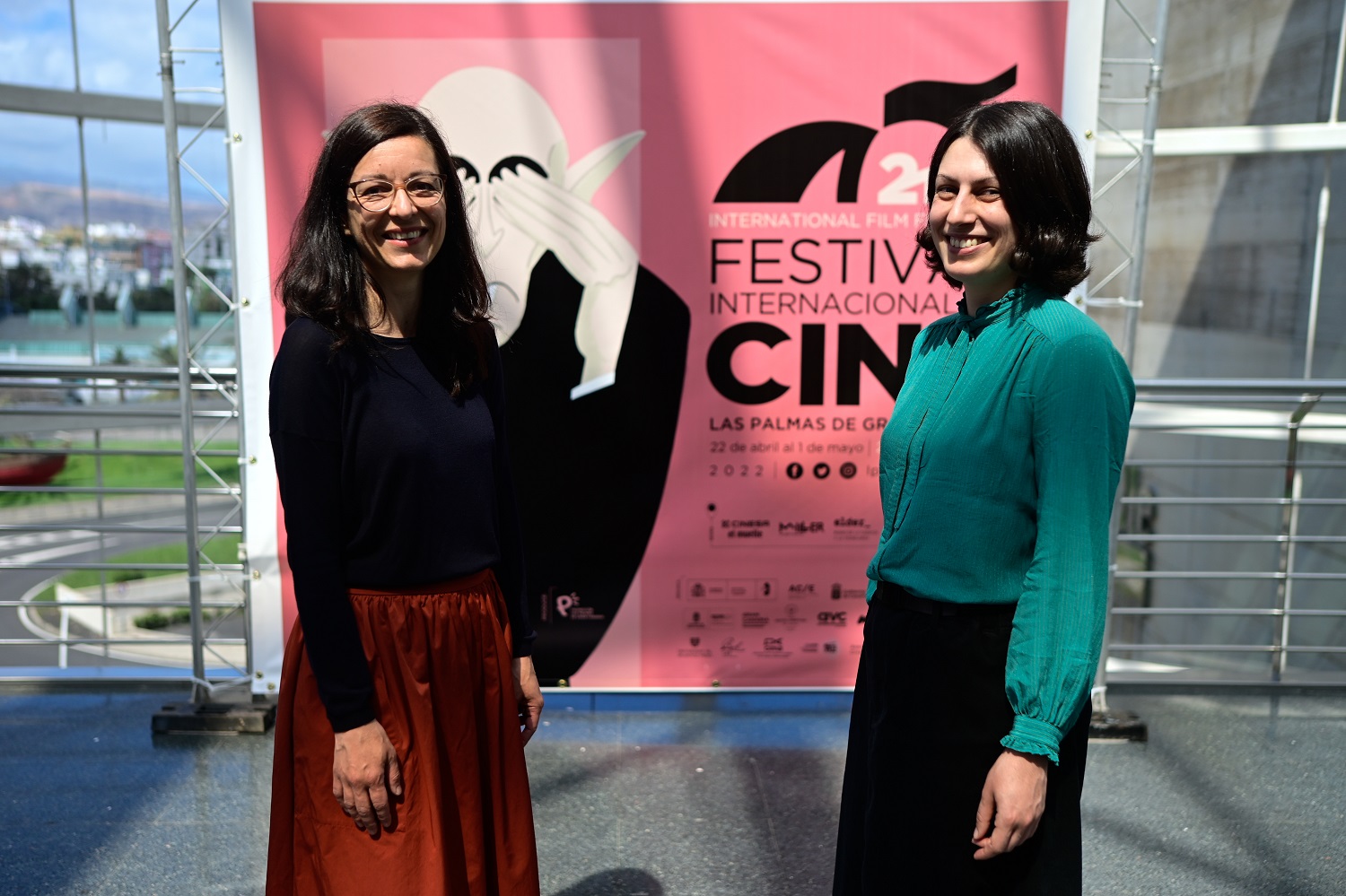 The two members of the Panorama Spain Jury that have come to the press meeting, Patra Spanaou and Olivia Cooper-Hadjian (Edouard Waintrop will join them this afternoon), are in a completely different state. They’ve just landed in Gran Canaria and they’ll begin watching the films this afternoon. According to what they’ve said, their expectations are high, and they’ve arrived deeply interested in discovering the selected Spanish screenings. They have also agreed on pointing out the singularity of making fiction and non-fiction, as well as features and short films, coexist in a section the both of them will approach with good predisposition.

The sales agent based in Germany Patra Spanou, as a professional interested in auteur cinema and the new talents that show such promise, has admitted that she’s been collaborating with the Gran-Canarian Festival for years. In her opinion, it is important to discover the works that are competing in this section.

Olivia Cooper-Hadjian has said something similar. She’s part of the selection committee of Cinéma du réel and the curator of different film festivals in France, including the Festival de cinémas différents de Paris. She got in contact with the Festival some months ago and has arrived now with identical interest: discovering the Spanish productions that are competing in Panorama Spain.