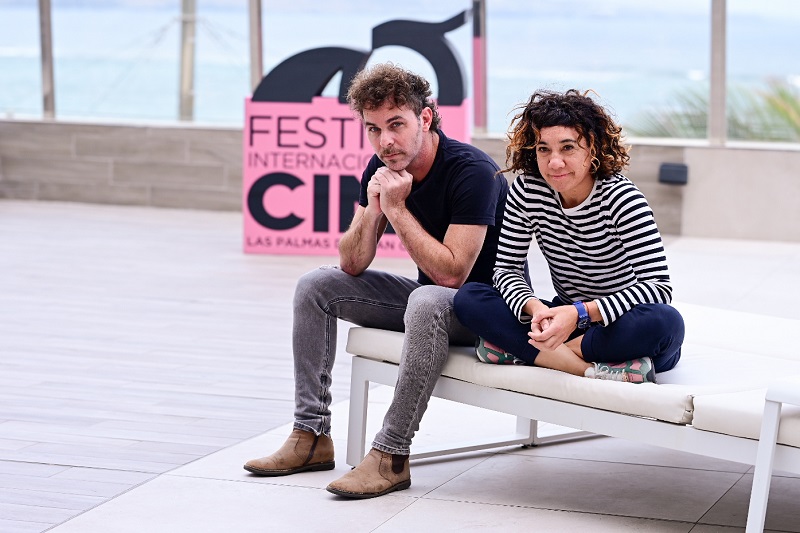 The Middle Ages offers a story both ludic and testimonial. This film about the lives of the directors Alejo Moguillansky and Luciana Acuña as well as her daughter Cleo during the confinement portrays a family pushed to the limit. Seen through the eyes of their 10-year-old daughter, the quarantine has absurd effects on the domestic lives of an artistic family. But the particular thing about this film, besides having been shot during the confinement, is its commitment to comedy.

Its creators explained during a press conference held this Thursday that The Middle Ages is a family film, a take on the impact of the pandemic in their lives and a reflection on how people dedicating their lives to art and culture survive in their country, Argentina.

When they were barely three hours away of the confinement being decreed in the Latin-American country, Luciana Acuña went to the production company El Pampero Cine to look for a camera and sound equipment. Back then they didn’t know they were going to shoot a film, but at least “they’d have something to do while they were confined.” That’s how they began to film, “on the quiet, to pass time with their daughter and to survive.” They were their own cinematographers, sound engineers and directors.

The film somehow depicted the pandemic, “it’s in the background,” but “we never intended to make a pandemic movie, despite the fact that we shot it during that long period of health crisis,” explained Alejo Moguillansky. The Middle Ages, he said, “show above all a confined family who cannot leave their home, but it could be due to the pandemic or due to anything else.” The origin of the film, he continued, “was to create fiction in the present and its present in this case was the pandemic.”

“What we did was watching a lot of films by Buster Keaton and Chaplin with our daughter and copy some scenes and make some others, but maintaining that spirit,” pointed out Luciana. At first “we didn’t have a film nor a screenplay, but different materials and very ludic and funny scenes,” because “those were the referents we had, considering our language tends to humor rather than solemnity.”

Regarding the shooting, which took several months, as the couple explained, there was no schedule since they didn’t depend on any agent. “We could be working or cooking or teaching our daughter, really,” and “in that level of alienation,” detailed Alejo, they filmed and, he admitted “it was a moment of relief.”

Because one of the film’s characters was eight years old, “there were games and seriousness at the same time.” They filmed according to Cleo’s time. One, two or three hours a day. It was all very random. Research was a constant in the film because they had no script. They gathered a lot of material and that resulted in a structure. “It wasn’t an improvised film,” they insisted.

“We invented the scenes and practiced them a lot before filming. Then, we edited everything. That writing asked for new material and turned to a vicious or virtuous cycle, I don’t know, one of the two,” said the filmmaker.

Well received by the Berlinale audience back in February, and shown this week in Buenos Aires and Korea, this humorous reflection on all the crisis experienced by a family in an atypical confinement situation will be screened again tomorrow, April 29, at 8 p.m.