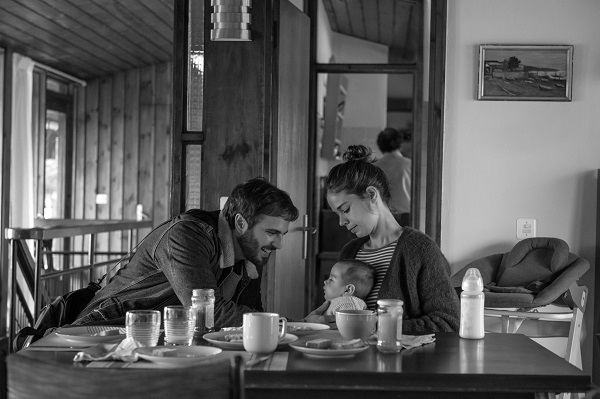 Las Palmas de Gran Canaria, Saturday 23 April 2022.- After its brilliant world premiere at the Berlinale and its huge success at the 25th Malaga Film Festival, where it won the Golden Biznaga for Best Spanish Film as well as Best Screenplay and and Best Actress, shared between Laia Costa and Susi Sánchez, onscreen daughter and mother, Alauda Ruiz de Azúa’s Lullaby arrives to the 21st Las Palmas de Gran Canaria International Film Festival. The first film by the Basque director will compete on the Panorama Spain section. It will be screened on Sunday 24 at 6 p.m. at Cinesa El Muelle Screen 6, when it will be introduced by the filmmaker herself, and on Wednesday 27, at 8:15 p.m. at Cinesa El Muelle Screen 8.

This journey through maternity that triumphed at Malaga also won there the ASECAN Award for Best First Film, the Feroz Puerta Oscura Award and the Young Jury and Signis Awards. The film will be theatrically released on May 20 thanks to BTEAM Pictures, but before that, Alauda Ruiz de Azúa’s first feature as director and screenwriter will be shown at the Las Palmas de Gran Canaria International Film Festival.

Filmed in July 2021 between Madrid and Bizkaia, in Lullaby, Amaia (Laia Costa), after giving birth to her first child, realizes she has no idea how to be a mother. When her partner goes away to work for a few weeks, she decides to return to her parents’ home for support. What Amaia doesn’t know is that even though she’s now a mother, she’ll never stop being a daughter. Alauda Ruiz de Azúa’s first feature film is a drama that portrays maternity and demystifies the traditional idea of family.

The cast of the film has worked in such a cohesive way as to offer piercing sequences that make the audience empathize with every turn of the plot. Laia Costa, Susi Sánchez, Ramón Barea and Mikel Bustamante are the main characters of this moving family story. The sound track was made by recently Goya-Award-winner Aránzazu Calleja, while Jon D. Domínguez was in charge of the cinematography.

Throughout her audiovisual career, Alauda Ruiz de Azúa has directed her personal projects and has also made commercials and short films, which have been selected in over a hundred national and international festivals where they’ve obtained numerous awards. In addition to Lullaby, the Basque screenwriter’s filmography includes the short films No me da la vida (2021), Nena (2014), Dicen (2011), Lo importante (2006) and Clases particulares (2005).