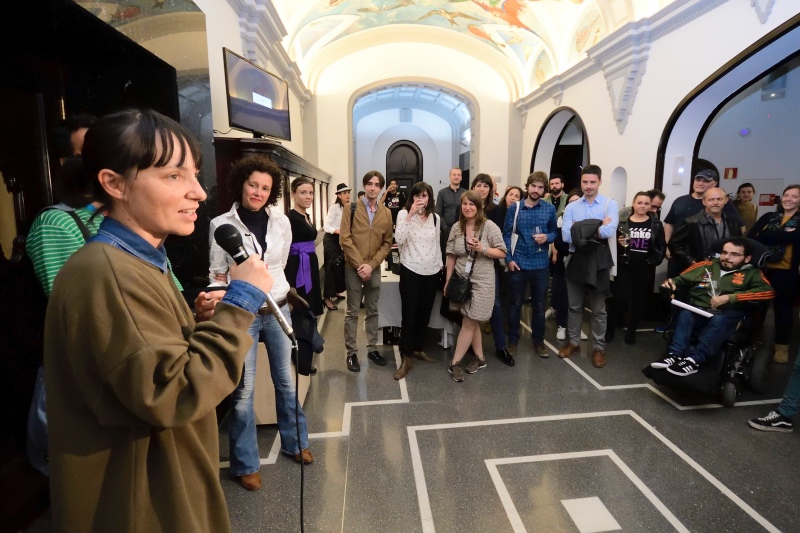 The Market of Almost-Finished Films’ first conference, ISLAND MECAS, held yesterday, Monday 9, at the Guiniguada Theater and entirely devoted to the Canaries’ film production, ended up granting the Canary Island Award to director Macu Machín’s project, La hojarasca. The financial aid granted last night, provided by the Canarian Government and consisting on a trip bursary for its participation in international festivals worth 1,200 euros.

In addition to La hojarasca, other seven projects by Canarian producers and filmmakers participated yesterday in the presentation held before the professionals that were to give their assessments: Yo mí me nosotros, by José Víctor Fuentes —which received a special mention—, Benito Pérez Buñuel, by Luis Roca, Suecia, by Amaury Santana, El mito del dandi, by Rubén Jiménez, Dispersión mortal, by Guansi Navarro, Tal vez no has existido, by Arima León, and La noche desde fuera, by Yeray Pacheco.

ISLAND MECAS, whose 2018 edition is supported by the Gran Canaria Film Commission, the Cluster Audiovisual de Canarias [Canary Islands Audiovisual Cluster] and Fundación SGAE [SGAE Foundation], strengthened its 2018 program on a day in which Canarian film production, still in its development stage, has been the protagonist. Producer Merry Colomer’s presentation within the section “Mujeres en la producción de cine en España” [Women in film production in Spain], an express workshop on preparing a Pitching, Marketing and Distribution, as well as offering counsel and introducing them to the access to the programs Europa Media and Eurimages, and a pitching session —a concise presentation created to attract the attention of a group of experts during the MECAS’ first day.