In CIMA we have been fighting for the equality of women in audiovisual media since 2006, with two main objectives: on the one hand, we aim to ensure that women’s

In CIMA we have been fighting for the equality of women in audiovisual media since 2006, with two main objectives: on the one hand, we aim to ensure that women’s point of view is present, and on the other, that women occupy the spaces they deserve, in other words that they can work in all professional categories with the same rights and opportunities. At the beginning and continuing almost up to now (sometimes not even “almost”), we were told that we were not present because we had no talent. WHAT? How can you measure talent if there’s no equality? And what is the answer to all the prizes women filmmakers are being awarded at the moment, even though they’re under-represented? We’re not going to turn the argument around and say that it’s because we’re more talented. For CIMA, it is equally important to have women represented among the nominees and winners of awards as to create spaces in which filmmakers can establish a meeting point to reflect on, and reflect, what unites us, or even what separates us. This has led to the emergence of the “CIMA Meeting”, in collaboration with the Las Palmas de Gran Canaria International Film Festival. Within the framework of the 21st Festival, and with the support of Casa África, the writer Rita El Khayat and the director Alba Sotorra will discuss women in film and the times we are living through as women filmmakers. Rita El Khayat is a physician psychiatrist, psychoanalyst, a physician specialized in aeronautical medicine and an occupational medicine doctor. She graduated in anthropology from EHESS (School of Higher Studies in Social Sciences), Paris. She gives conferences and is a member of a number of international scientific institutions. She has been awarded many prizes, distinctions and honours in various countries and among them she was a candidate for the Nobel peace prize in 2008. She is a Knight of the Order of the Throne and Officer of the National Order of Merit in Morocco. She is also a visiting lecturer at Milan Statale University, as well as a writer (36 published books in different languages).In radio, Rita El Khayat was a producer and the feminine voice in various literary talks, world music programmes and information and political news. She has also worked as a television presenter and producer of weekly artistic programmes. In the cinema she was and is still involved in many topics and activities, she wrote and writes on many aspects in regard to the arts and cinema; she has been selected as a juror in many festivals. She is currently President of the Moroccan Cinematographic Centre, which promotes awarding funds to film directors. Alba Sotorra is a filmmaker, screenwriter and independent producer, specialized in the production of feature films for international audiences. Her films are created from a gender viewpoint, linked to the social and political reality of the time. Among her most notable works as a director, there is THE RETURN: LIFE AFTER ISIS (2021, SXSW, Hot Docs, Sheffield), Goya, RTS and Rose d’Or Awards nominee and winner of the Gaudi Award for Best Documentary, Audience Award and Reteena Award in DocsBarcelona, Special Mention of the Jury in Warsaw. She is also the producer of works like THE END WILL BE SPECTACULAR (2020, Rotterdam, Kolkata), by Ersin Çelik, and MY EMPTINESS AND I (2022, Rotterdam, Málaga), by Adrián Silvestre, winner of the Jury Special Mention at the Málaga Film Festival. 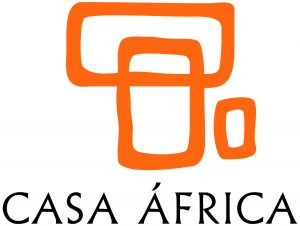