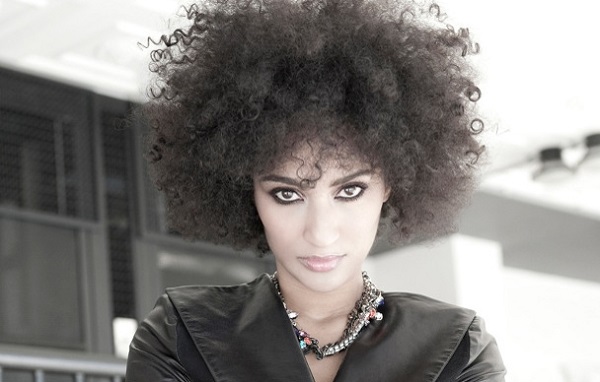 Italian-Beninese actress. She started acting on stage, recently she was in Good people by David Lindsay-Abaire directed by Roberto Andò, next to Michela Cescon. She then started an onscreen career, beginning from arthouse movies, to more mainstream and to tv. She is the female lead in LÀ-BAS-CRIMINAL EDUCATION directed by Guido Lombardi, presented at the Venice Film Festival, winner of  the “Kino” Audience Award and of the Leone del Futuro – Luigi De Laurentiis. We saw her on the big screen in LAST MINUTE MOROCCO next to Valerio Mastandrea, IL PROSSIMO TUO directed by Anne Riitta Ciccone and in the cult tvshow Boris. In 2013 she was directed again by Guido Lombardi in TAKE FIVE, in competition at the Rome Film Festival, then NOTTETEMPO, by Francesco Prisco, co-star next to Giorgio Pasotti, and NEVE by Stefano Incerti, in which she was the female lead next to Roberto de Francesco, in competition at the Courmayeur Noir in Festival.

For three seasons she has been in the main cast of the tv Show Tutto Può Succedere, on Rai1. The show is directed by Lucio Pellegrini and is an Italian remake of Parenthood, a successful American family drama. She has been collaborating for a long time now, with the duo of artists Ambra Pittoni and Paul-Flavien Enriquez-Sarano for contemporary art performances in Marseille, Milan and Turin.