 The Cinesa El Muelle Multiplex, the Edificio Miller and the Elder Museum of Science and Technology will host screenings, conferences and events related to the Film Festival from April 9 on

 In its 20th edition, the curators of the festival offer a film feast based on the screening of over a hundred titles and on meetings with ten filmmakers

 All events regarding the Festival will strictly follow current health recommendations: limit capacities will be observed, registrations to parallel activities will be needed, PCR tests will be done to all guests arriving from other parts of the country and mixed formulas including digital meetings among professionals will be adopted in those instances which require or demand it

The Festival, suspended in 2020, according to its director Luis Miranda, because of civil responsibility and the multiple guest cancellations derived from the international circumstances, will finally return. It is scheduled after Holy Week and at the same venues announced last year: Cinesa El Muelle, the Elder Museum of Science and Technology and the Edificio Miller at Santa Catalina Park. It will return, the organizers have pointed out, with a firm intention of celebrating a special edition designed to be enjoyed in person and on site. Nevertheless, the director of the Festival has explained that “being aware of the situation we are currently living, mixed formulas including online meetings and streaming will be adopted, as long as their producers and filmmakers approve their online broadcasting.

In any case, with the totality of the program yet to be released, the organization has assured that “a very special Festival has been planned in keeping with the significance of the celebration and starting with a new poster signed by National Comic Award Rayco Pulido, who has paid tribute to several outstanding figures embedded to the history of the Festival. But being festive won’t stop it from strictly observing all measures set by health institutions”.

First and foremost, an opening ceremony has been ruled out. “This year the Festival shall celebrate its 20th edition with its audience, and will do so in theaters through the screening of 130 features and short films. It will include some presentations from a few filmmakers, whose presence will be significant and justified, such as those already announced ―in relation to the Conference on Film Work that will bring actors Maribel Verdú, Antonio de la Torre or Javier Cámara and filmmakers Santiago Segura, Fernando Trueba and David Trueba, this last one with a film­― and also several new ones who I cannot reveal yet. The Festival has also programmed quite singular events such as the screening of titles made at the beginning of the 20th century with live music in sync with the Canarias International Bach Festival, among others”, has pointed out the director of the Gran-Canarian Festival.

Regarding this edition’s sections, the Festival will add to its Official competition and to Bande à Part, a section devoted to films made on the margins, its usual sections that track other festivals, Panorama and Panorama Spain, and also its characteristic Magic Lantern (two films only) or a Déjà Vu section that will contain several references to Chris Marker because of the centenary of his birth, while The Freakiest Night marathon will become The Freakiest Afternoon in order to comply with the curfew. There will be, too, some small retrospectives yet to be finished and 25 very significant films to the Festival that will remind its idiosyncrasies to the audience or will hint to the young ones about the nature of an event that has remained for 20 years true to a particular line of programming based on cinema as state of the art. 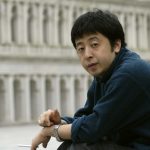 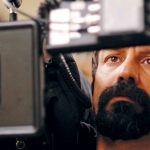 By Asghar Farhadi we will watch once again Fireworks Wednesday 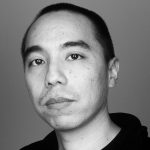 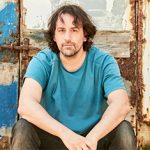 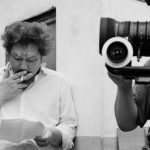 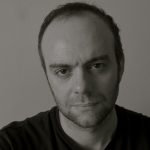 By Víctor Morenowe will watch once again Holidays

This anthology, which will be streamed except for five titles screening in theaters, will include past works of great filmmakers who now occupy a significant place in the history of the Festival, such as last winner A portuguesa, by Rita Azevedo, 2018 winner The Green Fog by Guy Maddin, Evan Johnson and Galen Johnson, 2016 winner Kaili Blues by Bi Gan (in theaters) or 2005 winner The World, by “Special 10th Anniversary Award” Jia Zhangke.

It will include, too, some features that premiered at the Festival and introduced the audience to acclaimed filmmakers such as Pedro Costa or Alain Cavalier, whose respective works Ne change rien and Irène will again be shown, as well as other key films by artists such as Asghar Farhadi (whose Fireworks Wednesday, 2007 Golden Lady Harimaguada, will be screened), Apichatpong Weerasethakul (Syndromes and a Century), Hang Sang-soo (Woman on the Beach) and Miguel Gomes (Aquele querido mes de agosto). These filmmakers presented their works at the Gran-Canarian capital before getting recognition at other important festivals: Farhadi later won the Golden Bear at the Berlinale and the Oscar for Best Foreign Language Film; Apichatpong won the Golden Palm at Cannes; Sang-soo won both a Silver Bear and a Un Certain Regard distinction at Cannes; while Gomes won, too, the Golden Bear at Berlin.

The Spanish features La leyenda del tiempo, by Isaki Lacuesta, and Holidays, by Víctor Moreno, which were the Festival’s first contact with these renowned filmmakers, will return to the screens thanks to this special anthology that also recovers fundamental titles included in prestigious rankings. Thus, through its online mode, besides Syndromes and a Century, which premiered in Spain within the Festival’s 8th edition and was ranked first in Cinématheque Ontario’s renowned Best of the Decade list (2000-2009), the audience will be able to watch again films praised by critics and which were already shown at the Festival, such as Un couple parfait by Nobuhiro Suwa, Junebug by Phil Morrison or Yuri’s Day by Kirill Serebrennikov, among others.