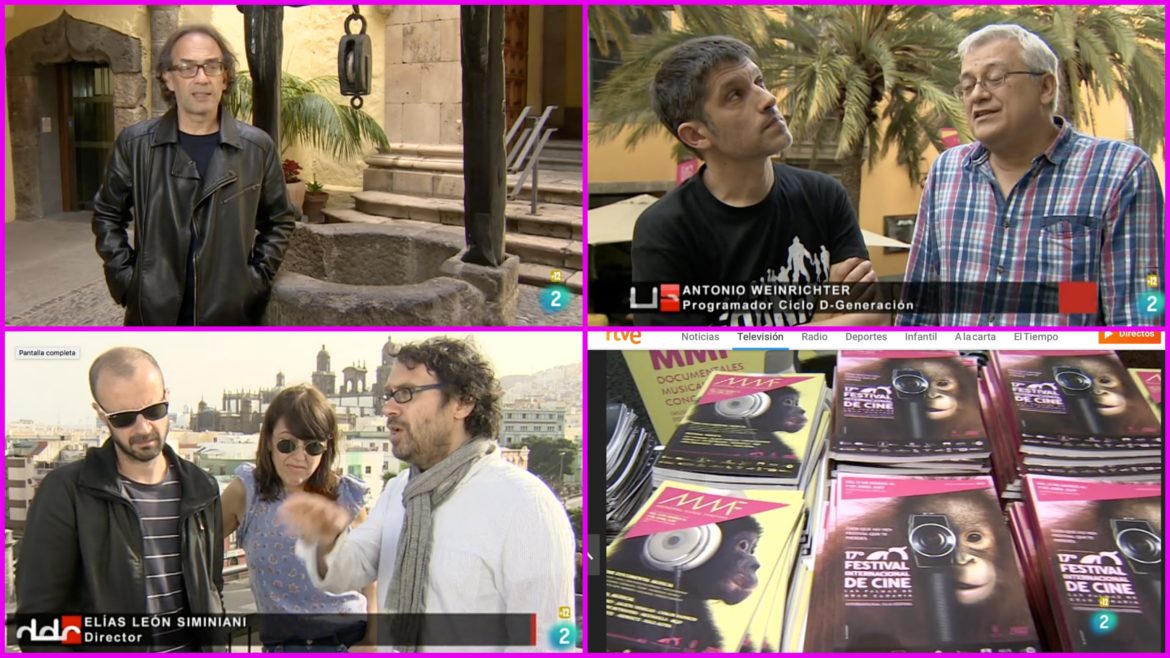 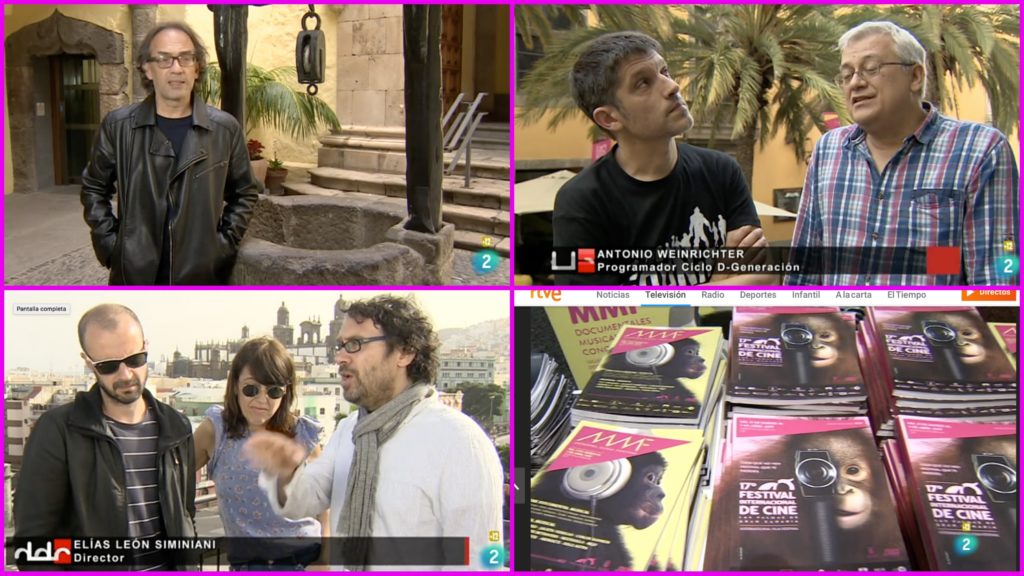 Las Palmas de Gran Canaria, Friday, April 7, 2017. “It has always been able of seeing what was happening… or foreseeing what was going to happen in the international cinema”. This is just one of the remarks done by the program Días de Cine (La 2, RTVE) about the Las Palmas de Gran Canaria International Film Festival, during the program broadcasted on Thursday night, April 6. It also highlighted the festival’s compromise with the “other” Spanish cinema and its ability to showcase different trends that support the evolution of the Seventh Art.

This program, a benchmark for cinema lovers in Spain, dedicates a video over ten minutes long to the 17th edition of the Festival. Interviews to the director of the Festival, Luis Miranda, or important names in the national panorama such as Josetxo Cerdán, Antonio Weinrichter, Elías León Simiani, Fernando Franco, Virginia García del Pino (all of them taking part in the festival), make up a piece that goes through the “good cinema” titles included in the festival’s program.

Testimonies of directors such as Wayne Roberts, Wang Xuebo, Gabe Klinger or Albertina Carri, or producers such as Vincent Wang, at the vanguard of alternative cinema, were added to a report that radiates sensitivity and accuracy in relation to the programming line of the Gran-Canarian festival. Thus, Virginia García de Lucas, Javier Sales and Tom Gregori have devoted four work days to condense in a long and careful piece the core of an edition that presents itself in the national panorama as a place for films that need their own space with regard to the audience.

Días de Cine thus confirms its compromise with the festival, whom it has followed for a decade. And the Film Festival of the Gran-Canarian capital presents itself as an event with its own place within the national calendar, as a benchmark for auteur, independent or alternative cinema opposed to the huge commercial offer, which, besides, has foreseen the international panorama’s trends.

While Las Palmas de Gran Canaria enjoyed Julieta Venegas’ concert, this program, the main mean of expression for cinema in Spain, presented the contents of the festival to the rest of Spanish homes.

Additionally, on Thursday, April 6, the Gran-Canarian Festival had a spot in the program El séptimo vicio, of Radio 3, RNE. Javier H. Tolentino dedicated an important spot of the program he directs to discuss with Luis Miranda and the filmmaker of Gran Canaria Alba González de Molina, the keys of an edition that had already passed its mid-point.

Also, the collaborator and member of the Festival’s selection committee, critic and writer Jesús Palacios, presented the contents of The Freakiest Night and the No Future: the New Science Fiction cycle in the program Likes, hosted by Raquel Sánchez Silva, on #0, a Movistar Television channel.

The three reports are available to the public at the digital platforms of the channels and radio stations.

In addition to the support from the local press, with long daily reports and noted media coverage both in written and digital press, radio and television, the Festival has had collaborators from digital publications that are benchmarks at national and international levels for the fans of this “other” cinema, which is, according to Iosseliani, the true cinema. Thus, , Indiewire, Vague Vissage, Filmin, Transit, El antepenúltimo mohicano, A cuarta parede, Caimán cuadernos de cine, Cine Europa, Las horas perdidas, Magnolia, among others, have enjoyed the 17th edition of the Gran-Canarian Fesival, as well as more general portals that usually focus on commercial cinema, but which has find time for the Festival, such as McGuffin, Essencia Cine, La butaca azul or Adictos al Espectáculo.