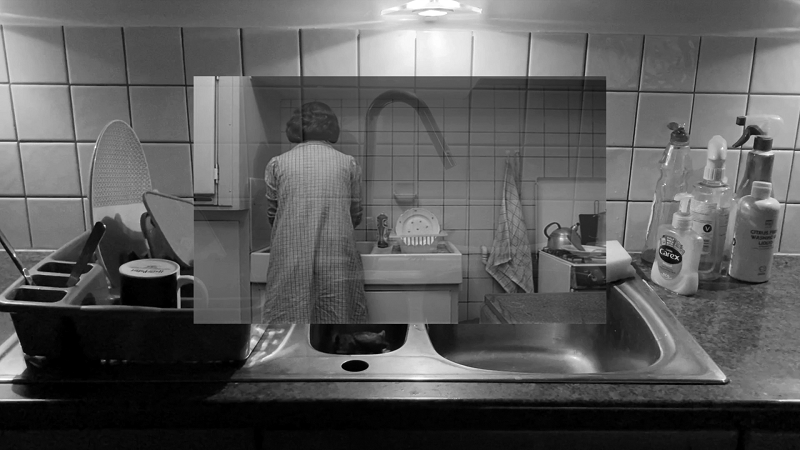 The boldest cinema comes back to compete in Bande à Part, this time with nine titles. According to one of the programmers of the Festival and one of the oldest members of the Selection Committee, Antonio Weinrichter, the trends that appear in this section include “first-person essays and the processing of archive materials, two formats that very often support each other to the point of forming a single protean category”.

Three female experts on contemporary art and experimental cinema will be the ones in charge of granting the award of the section. They are distributor and sales agent María Vera, founder of Kino Rebelde; cultural journalist Rosa Pérez, who is a member of the Association MAV (Women in Visual Arts) and the international collective of women in electronic creation Female: Pressure; and programmer and producer Marina Kožul, who has worked in the field of short films and alternative cinema for fifteen years.

The films competing for the Bande à Part Award, valued at 5,000 for the director, are:

Screening Room by Jessica McGoff (United Kingdom, 2021, 9 min.). Screening Room reflects on the experience of attending a film festival online. The restrictions of the pandemic reshape cinephilia and question the foundation of festivals as social gatherings.

A Night of Knowing Nothing by Payal Kapadia (India, France, 2021, 97 min.). Merging reality with fiction, A Night of Knowing Nothing depicts a forbidden love story through a series of letters found at the Film and Television Institute of India. The epistolary form reveals not only the cruel, discriminatory caste system but also the struggle of young people and their desire for change.

Sine die by Camila Moreiras (Spain, 2021, 15 min.). Amidst desert landscapes and chain-link fences, plutonium lies scattered and buried in the village of Palomares, Spain. Two stories told in parallel, Sine die is based on real events that invoke physical contamination: that of the land surrounding Palomares, and of a body in sickness – the director’s.

Freedom from Everything by Mike Hoolboom (Canada, 2022, 87 min.). An essay film, Freedom from Everything, reframes through neoliberalism and the concept of freedom two pandemics in recent history: AIDS and Coronavirus. According to Hito Steyerl, who signs the script along with James Baldwin and Mike Hoolboom, freelancers are liberated from everything, including the basic needs of housing and health care.

Nazarbazi by Maryam Tafakory (Iran, United Kingdom, 2022,19 min.). Nazarbazi is a collage film about censorship in Iranian cinema after the 1979 revolution. Since touching on-screen was prohibited, the attraction could only be depicted through glances and other symbolic gestures.

A Plant In the Desert by Claudia Sánchez (Spain, 2021, 19 min.). A photography workshop in the Saharawi refugee camps shows the situation of uprooted people through their own eyes. At the same time, the director tries to reestablish contact with her little sister from a Saharawi foster care, also affected by the invasion of her land.

Rewind & Play by Alain Gomis (France, Germany, 2022, 65 min.). Unreleased footage of a French TV show from 1969 presents an unseen face of pianist and composer Thelonious Monk. Indifferent to the media machine in action, the artist only seems to care about music.

Metaleptic Attack by Johannes Binotto (Switzerland, 2021, 6 min.). Metaleptic Attack takes an iconic scene from Alfred Hitchcock’s The Birds and creates a new work by altering its sound and image. By turning a familiar shot anew, video art proposes a reinterpretation of film history.