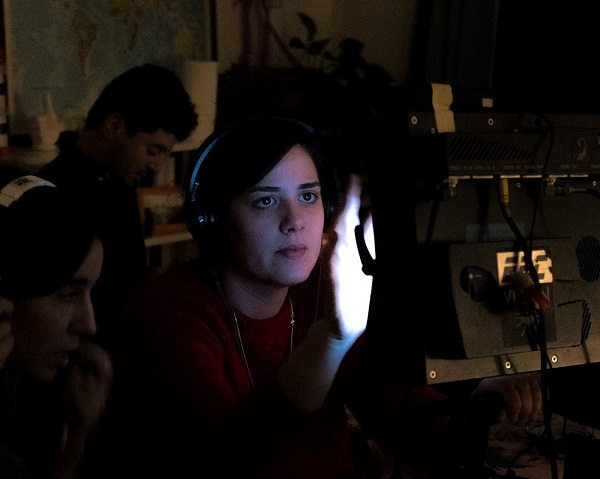 Belén Funes was born in 1984 in Barcelona. She studied filmmaking at the ESCAC (Catalonia School of Film and Audiovisual Production) and later she travelled to San Antonio de los Baños in order to study a Master’s Degree in Scriptwriting at the prestigious Cuban school EICTV.

After graduating, Belén starts working as assistant director and script supervisor, taking part in projects by Isaki Lacuesta, Mar Coll and Isabel Coixet among others. Her first short film, SARA A LA FUGA, premiered in 2015, winning the Silver Biznaga awards for Best Short Film and Best Director at the Málaga Film Festival.

In 2017 her second proyect, LA INÚTIL, premiered at Seminci in Valladolid. This short film was awarded third prize at the ALCINE festival and it was nominated to the Catalan Academy of Cinema’s Gaudí Awards. The magazine Caimán, Cuadernos de Cine picked it as one of the best short films of the year.

She participated in the talent lab at the Toronto International Film Festival while working on the pre-production of her first feature film. Belén was selected one of Spain’s top ten emerging talents by Variety magazine.