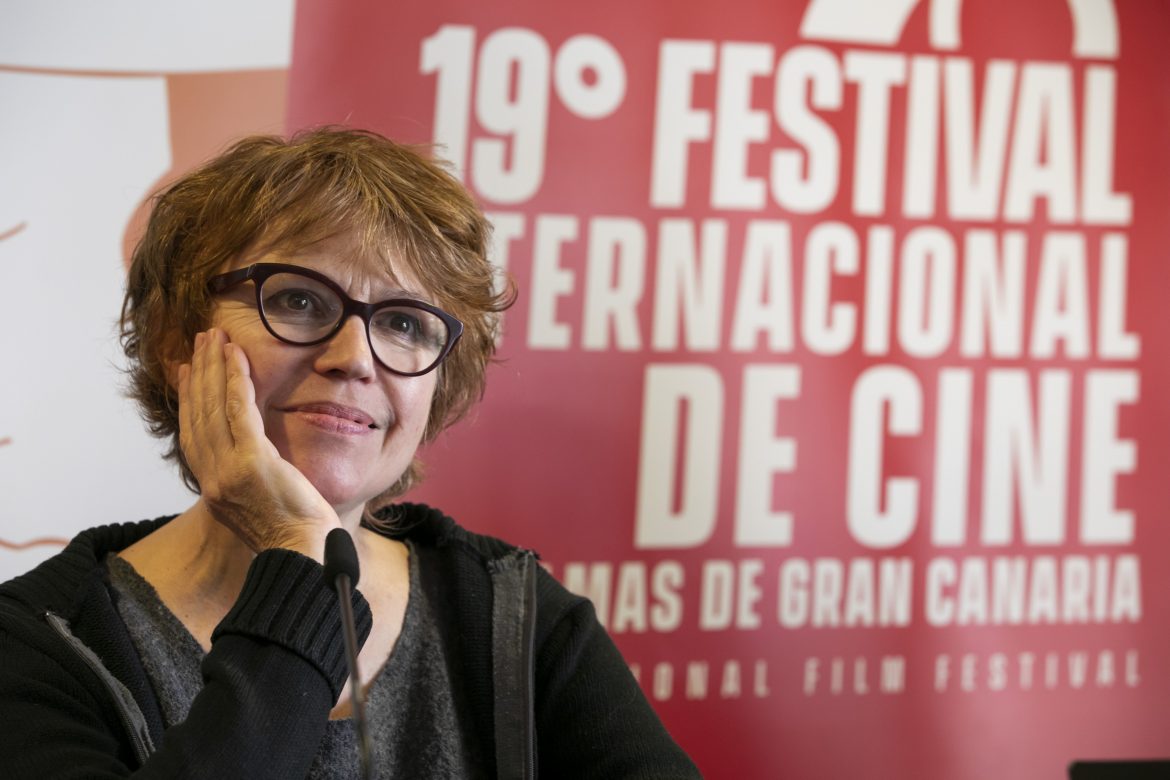  The last screening of the French film, which is competing in the Film Festival’s Official Section, will be screened tomorrow, Saturday, at the Monopol Multiplex at 5 pm

Las Palmas de Gran Canaria, Friday 29 March 2019.- The French director Patricia Mazuy (Dijon, France, 1960) presented this Friday 29th Paul Sanchez est revenu (France, 2018, 111 min.), a film competing in the 19th Las Palmas de Gran Canaria International Film Festival’s Official Section. In her eighth feature, the French filmmaker has made a detective thriller, with tinges of quirky comedy, that appears as a peculiar story of many contrasts. The result, a captivating and intelligent proposal that may remind of the western and where music, too, plays an important role.

In Paul Sanchez est revenu, Paul Sanchez, a criminal who has been missing for ten years, is spotted and his reappearance is used by a young detective to deflect a very insistent local journalist from a saucy celebrity incident. From that moment on, a hunt with a surprising ending begins. The story, starring Zita Hanrot and Laurent Lafitte, is enhanced by John Cale’s music. “An incident that happened ten years ago but that has constantly bounced in time”, explained Mazuy.

The basis of her film, that originated after a suggestion of her co-screenwriter, is depicting “how, at any moment, someone’s existence can explode and break down somewhere”, said the director, who also highlighted that “other profound material” of the film comes from showing “how we are mesmerized by the topics that appear in police reports”.

What interested her about the plot, she specified, “was how we can all be attracted to television and get hooked to what a serial killer is doing up until two in the morning”.

Likewise, she was specially interested in portraying a corner of South France she didn’t know. A region that is 45 km away from Saint Tropez and that “has nothing to do with the French Riviera”, where “women are all dyed blonde and men wear a lot of jewels”, something that seemed “very curious” to her.

The idea of “being able to constantly combine comedy and tragedy”, described the director, was the starting point of the film. As “this world” has become “increasingly crazy”. She gave, as an example, Marion’s role, the young detective woman who “is lost trying to find passion in her life” and Paul Sanchez, a killer on the run.

The filmmaker, who is in favor of not being shy and taking risks in cinema, maintained that in Paul Sanchez est revenu “there is no white nor black”, regarding the character of the detective, whom she defines “as the beauty among men, the pretty one of them all”. But, on the other hand, she satirizes the special forces, depicting the town’s police officers “as ridiculous human beings”.

Patricia Mazuy, besides being a screenwriter and actress, is a filmmaker who has kept on surprising the critic with her successive works. Two of her films have participated in Cannes within its Un Certain Regard section, Peau de vaches (1989) and Saint-Cyr (1990). Her filmography also includes Sport de filles (2011).

A special mention to her colleague Agnès Varda

Patricia Mazuy also mentioned French filmmaker Agnès Varda after the news about her broke down today. “As a filmmaker she was a great photographer who knew how to capture and reflect, in an exceptional way, the essence of a given period of time”, she admitted.

Mazuy recognized that Varda has been “a very important part of her life”. She worked with her for three years in Vagabond. Thanks to Agnès Varda, she said, she learnt how to edit films.