PANEL DISCUSSION: THE CHALLENGES OF TELEVISION AND NEW WAYS OF CONSUMPTION 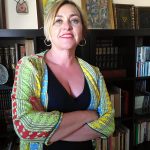 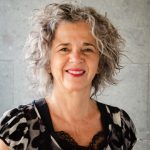 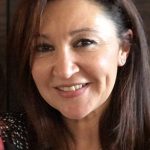 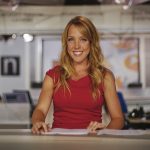 She is currently head of News and Content of RTVE in the Canary Islands, where she has developed most of her professional work both in the Canary Islands and Madrid and also a member of CIMA. She has been head of News, head of section, editor, broadcaster and News anchor. She has also worked as editor and host of the cultural program La espiral y del magazine Al día and the sports information on the news, live sports broadcasts and the show Lunes deportivo. Channel‘s narrator of events, she is responsible for numerous special coverages as well.

She began in the film industry with Luis Megino and Manuel Gutiérrez Aragón more than 30 years ago. After several films, she made the leap to television and focused on the production of programs and thematic channels on Canal + and Sogecable. There she carried out the production of entertainment, news, economy or international sport programs until she moved to Gran Canaria where she set up her own production company dedicated to fiction, among other things. For almost 10 years she has been the production manager of Videoreport Canarias, a company that has had the information contract of Televisión Canaria, and also where she has produced different programs such as, in the last year, the fiction series La Sala that is currently broadcast on HBO and in the next months in regional televisions. Lydia is also a member of CIMA Canarias.

Born in Granada, she has lived and worked in the Canary Islands for almost 15 years. Degree in Spanish Philology and Master in Communication, she is specialized in radio and television writing and production.

She began her career in the world of radio with Carlos Herrera and José Antonio Naranjo in Onda Cero, also being part of the network that inaugurated Punto Radio Sevilla, by Luis del Olmo. For personal reasons, she moved to the Canary Islands, where she worked on Canal 9 and RTVC, before working for Antena 3 Canaria TV News, where she was an anchor and editor. She is currently active in Antena 3 and co-directs the Mediapress Global Communication Cabinet.