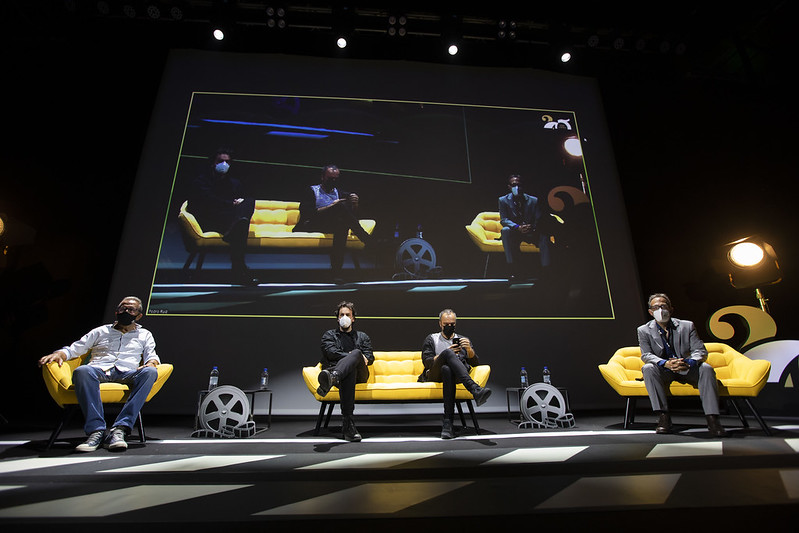 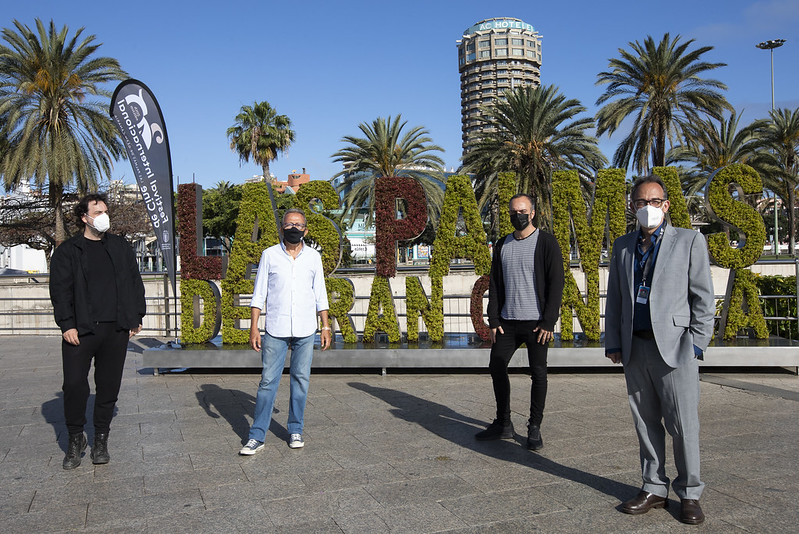 The filmmakers return to the Festival followed by the screening in movie theaters of the first films they premiered in the Gran-Canarian Festival and which are included in the Anthology 20th Anniversary section. In Isaki Lacuesta’s case, he won the 2006 Special Jury Award with his second feature, The Legend of Time, a film in which he showed promise, getting away from cinema’s boundaries and breaking barriers in regards to predominant practices. Whereas Víctor Moreno and Las Palmas de Gran Canaria Film Festival’s relationship began a little over a decade ago: in 2010 the Festival included in its Official Section Holidays, the debut film of a Canarian author which would compete on the same level than so many other international filmmakers.

Along with Claudio Utrera, the filmmakers held a press meeting at the Edificio Miller that was conducted by Luis Miranda, the current director of the Festival. The three of them have been the first ones to appear in the most special edition of the film festival, which is also the most important event of the year for the city. After 20 years, explained Miranda, “the Festival wanted to reminisce with people and filmmakers who are part of the Festival’s history, in addition to defining and finding a place within the panorama of film culture in this 21st century beginning”.

For Miranda, Canarian filmmaker Víctor Moreno is one of the great talents the Archipelago’s cinema has produced and one who maybe “can best represent the generation that was born and grew up along with the Film Festival in a combined learning process”. Isaki Lacuesta is also embedded to the memory of the Festival, especially due to the fact that he had the chance to premiere his The Legend of Time in Las Palmas de Gran Canaria. As he pointed out, “it opened a window to that other cinema made in our country with which we could identify ourselves”. And in regards to Claudio Utrera, founder and director for fourteen years of the Festival, he said that “without him nothing would have been possible”.

Canarian filmmaker Víctor Moreno, who won the Richard Leacock Award for Best Feature Film in Las Palmas de Gran Canaria International Film Festival’s last edition with The Hidden City, claimed that this festival “is the origin of everything, a window into the discovery of an existing possibility of making free and low-budget films”. “The Festival has granted us the chance of making the cinema we want to do, feeling free and fearless, but above all it has made our films known all over the world and recognized outside of Spain”, expressed the Tenerife-born filmmaker gratefully.

In regard to Isaki Lacuesta, Las Palmas de Gran Canaria and San Sebastián have been constantly present in his agenda. The winner of two Golden Shells at San Sebastián, Best Film at Mar del Plata or ten Gaudís, who has also appeared in retrospectives of festivals such as the Italian Poppoli, the French Toulouse or the German Tübigen, among others, pointed out, after recalling his first appearance in the Festival, that the event has turned into a “space where I’ve found a home and a film family”. Likewise, the Catalan director, one of the most polymorphic filmmakers, highlighted the importance of “the Festival’s incredible programming” and its “chameleon-like strategy”.

Claudio Utrera, who started in 2000 a Festival that managed in just a few years to carve a niche for itself within the festival circuit, thanks to a line of programming barely explored back then in Spain, recalled how the Festival has evolved since its beginnings and how it has established itself. Utrera talked about how it went from red carpets and traditional films to an innovative event far removed from conventional films, “thus managing to create a hard core of film buffs in love with alternative cinema”.