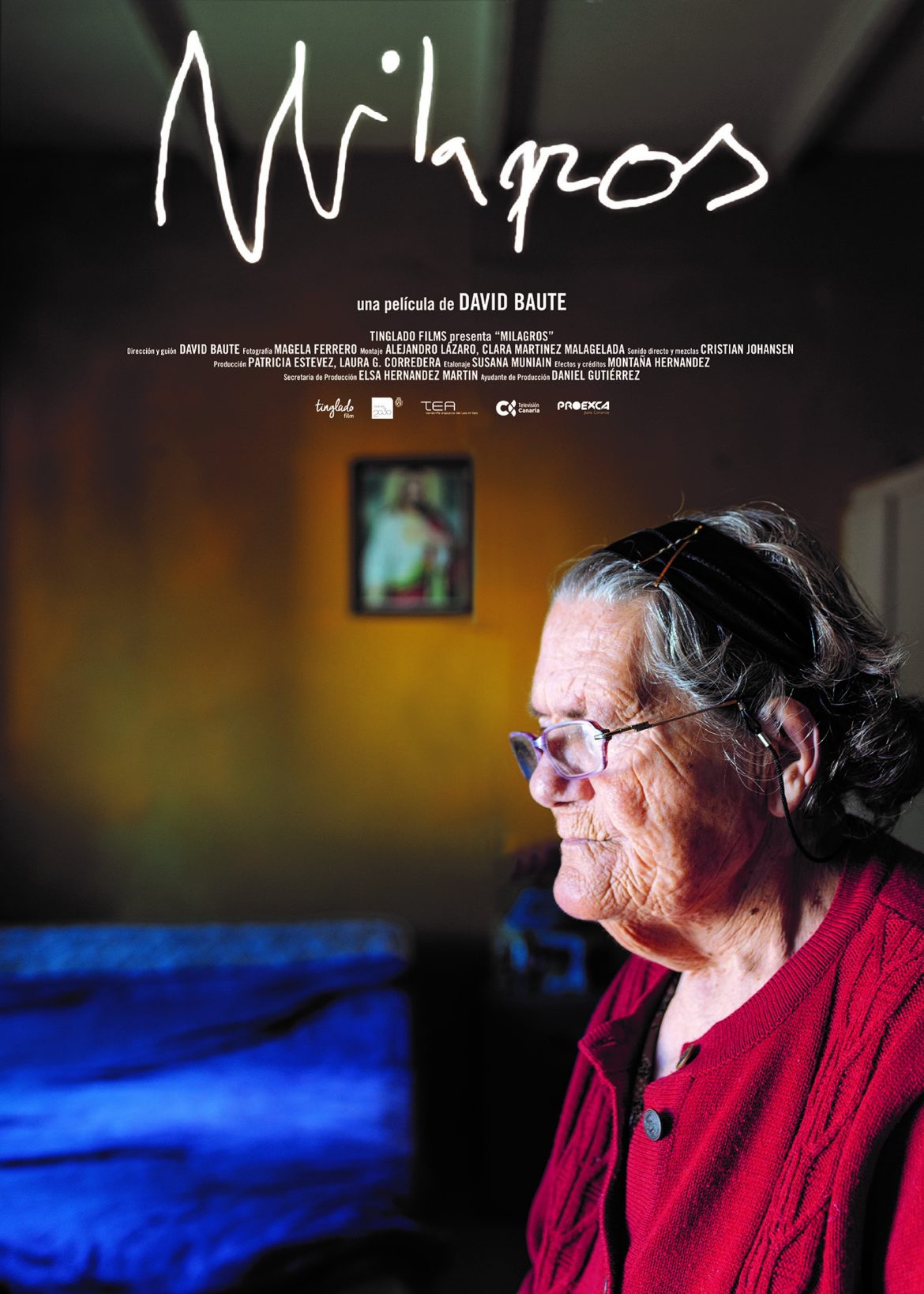 Las Palmas de Gran Canaria, Thursday 21 March 2019.- Four feature films and twelve short films, one of them out of competition, make up the selection of Canarias Cinema. And it will be one documentary of this competitive cycle, once again supported with Binter, the one that opens on Friday, March 22nd, the screening at the Monopol Multiplex: Milagros (Spain, 2018, 77 min.).

Its director, David Baute, will be at the festival to present his work to the audience (5 pm, Monopol 3); Milagros‘ press and jury screening will be at 10 am at the Monopol Screen 3, and will later be followed by a press conference at the Pérez Galdós Theater. Baute, a regular in the Canarian section of the Festival, watches Milagros, Carmelo, Agustín, Mary and Vicente in his film, to whom he adds as an additional character the island’s landscape. In this film that mixes fiction and reality Baure recovers the language of his Rosario Miranda to transform his work into a tribute to life.

The other three Canarias Cinema’s competing feature films are Searching for Oscar, by Octavio Guerra, La ciudad oculta, by Víctor Moreno and Platón, by Iván López, the only fiction feature film of the selection. They will compete alongside Milagros for the Richard Leacock Award for Best Feature Film.

Regarding the short films, the Canarias Cinema’s selection provides “the opportunity”, in its coordinator Saray Benítez’s words, “to see pieces of a choral authorship selected in festivals of express cinema, so common in the islands; documentaries produced in tutorized workshops by voices like the one of the great Iranian filmmaker that passed away in 2016, Abbas Kiarostami, or fragments of the first Canarian auteur film La hija del mestre (1928), by Carlos Luis Monzón and Francisco González, revisite from contemporary experimentation”.

In 2019, Canarias Cinema also pays tribute to the first Canarian feature film that achieved international distribution, El camino dorado (Ramón Saldías, Spain, 1979, 110 min.), just in time for the 40th anniversary of its release. The film, starring Tono Brum, Paco Acosta, Terele Pávez, Marisa Naranjo and Amparo Climent, focuses on the recovery process of two alcoholics. Its director, Ramón Saldías (France, 1938) will visit the Festival from Friday on to present his piece to the public.