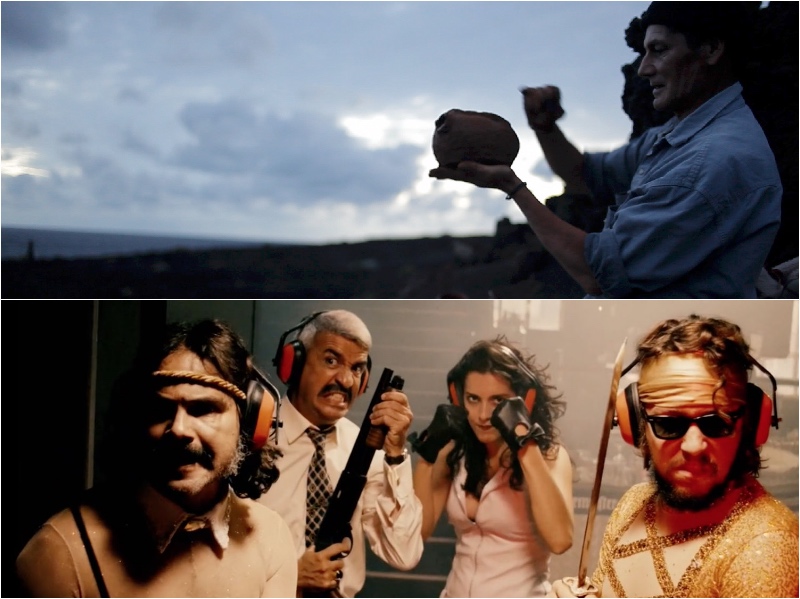 Sergio Morales, a Canarias Cinema regular, will present in 2018, this time next to Ulises Morales, the feature film Telúrico, a tourney to the island of El Hierro and its people through a young couple’s experiences and feelings. Its public premiere, which will be introduced by both directors, will be at 7:30 pm at the Monopol Screen 2; its press showing, at noon at the same screen.

The other Canarian feature of the day is the singular Apocalipsis Voodoo, by Vasni Ramos, whose first editing version was at the Cutrecon Festival. The film depicts the apocalyptic battle between a couple of loser cops and a supervillain musician called Papa Voodoo, who turns those who listen to his music into zombies. A battle full of kung fu, Mexican wrestling, voodoo, zombies, love and the paranormal knowledge of a priest expert in using katanas… And all to the beat of funk. Apocalipsis Voodoo’s press showing will be at 10 am at the Monopol Screen 2; at 10 pm, its director will introduce it to the audience at the same screen.

Four features and fourteen short films -selected among 16 submitted features and 63 short films- will compete for the 2018 Richard Leacock Awards for Best Feature Film and for Best Short Film, valued at 3,000 and 1,500 euros, respectively. The Canarias Cinema jury -a section supported by Binter- is formed by Miguel Rodríguez, founder and editor of Mundo Hispánico; writer and journalist Sabina Urraca, who collaborates with publications such as Vice, Tentaciones, Eldiario.es, Tribus Ocultas, Ajoblanco or El Comidista, among others; and Vanesa Fernández, director of ZINEBI -International Festival of Documentary and Short Film of Bilbao-. The three of them will announced on Monday, April 9, this edition’s awards. In addition, Canary Island Connection and Digital 104 Film Distribution will grant their international distribution prizes among those feature and short films, respectively.