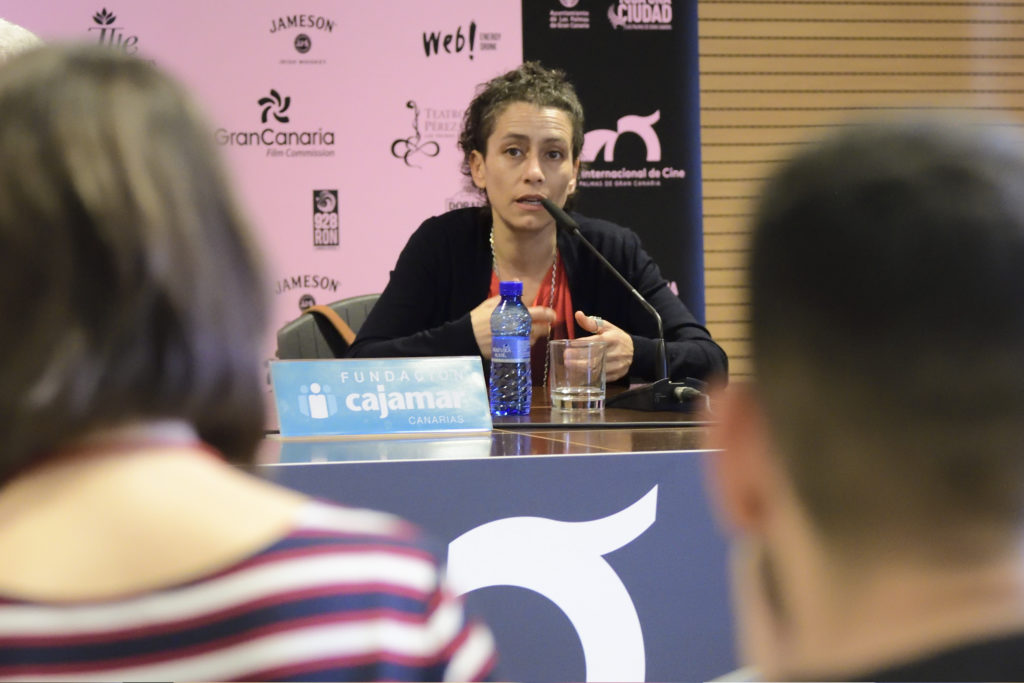 Las Palmas de Gran Canaria, Tuesday, April 4, 2017. Argentinean director Albertina Carri has returned to the Las Palmas de Gran Canaria International Film Festival to present in the Official Section her fifth feature film, Rustlers (Argentina, 2016, 83 min.) has lamented that cinema has become in recent years “an ultraconservative field”, and claimed her role as a tool for change. “I deeply believe in cinema”, and she added, “Rustlers is a sign of enthusiasm faced with the political disillusion I feel. I think it is time to somehow react and one of the ways of doing so is through art”.

The film, which reconstructs the story of the “last rustler rebel, murdered in 1967”, is entirely shot with archive material recovered from 1920 to 1983. It begins with the reading of the prologue written by her father about the story of this popular and rebel character. “The film sets those archives in motion, only from that point of view I understand the recovery of that material”.

“Despite the terrible things it tells, everything bad humans beings can do to each other, the film moves us. That’s my way of answering through art that disillusion about the political moment Argentina is experiencing”. In this sense, the director pointed out that despite de multiple local references the film has, “it aims to problems closer to Europe like frontiers and migrations”.

But Rustlers is also “a film about language”, a battle of the challenges films have to face in grammatic and semantic terms, explained Carri. “Unlike other artistic fields, above all in the stage arts, like theater, which has been more ground-breaking”, she pointed out. “Rustlers is a performance that goes through the filming space to escape canons established in cinema”.

The filmmaker navigates in Rustlers between documentary and fiction, a work that, she said, is close to The Blonds, a film shown within the ‘Cineastas frente al espejo’ cycle in 2008, because of her intention of “turning documentaries into fiction, wearing wigs, like it happens in The Blonds’ final scene, and going out to do politics with what we have”.

Albertina Carri pointed out her condition of “daughter of a missing dad, lesbian, woman, Latin-American, I am a victim and vulnerable from possible direction, so I turn all that into a story”.

The film, internationally premiered at the Mar del Plata Festival, has also been screened at Berlin.