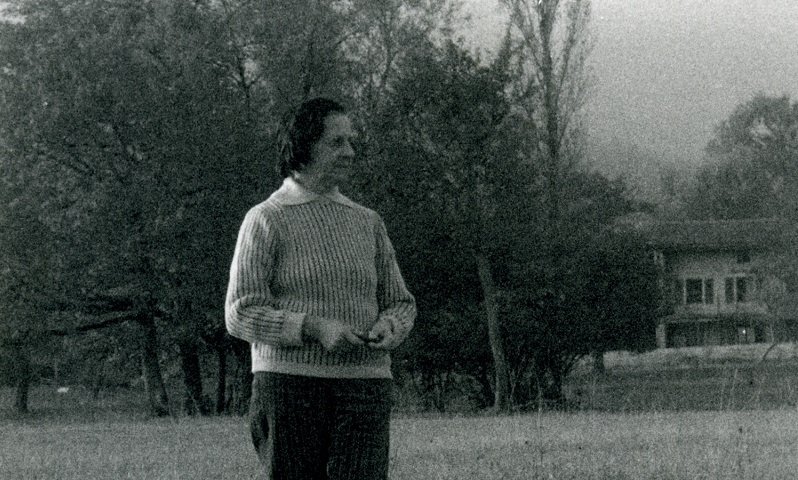  José Manuel Mouriño, the work’s director, accompanied by philosophy expert Antolín Sánchez Cuervo, will come to the city to present the film and encourage the debate about her intellectual legacy within the framework of the Festival. This is thanks Las Palmas de Gran Canaria University’s Manuel Alemán Philosophy Society

The film, included in the Panorama Spain section, will be presented to the public on Tuesday, March 26th, by its director. The following day, at 7 pm, he will be back to the screening accompanied by philosopher Antolín Sánchez Cuervo to encourage the debate about the film, civic spirit and the thinker’s legacy right after the end of the film’s second showing, at 8:10 pm.

In El método de los claros, the researcher, essayist and filmmaker José Manuel Mouriño studies in detail the ties between María Zambrano’s books and the places she inhabited during her nearly fifty years in exile.

The documentary shows different interviews with experts in both her work and her life, such as Fernando Savater and José Ángel Valente, as well as recordings and fragments of other audiovisual pieces that explore both the thinker and the context of Spain when she was born, studied and had to go in exile. Personal friends and other key figures are gathered in this documentary evidence that brings the public closer to such a great thinker, who was recognized during the last decade of her life with distinguished literary awards: the Prince of Asturias Award and the Cervantes Prize (1988).

The Festival’s public will also have the opportunity to discover some key aspects of the “poetic reason” and turns of her thought, which placed her among the intellectual elite.

Antolín Sánchez Cuervo, invited by ULPGC’s Aula de Filosofía Manuel Alemán [Manuel Alemán Philosophy Society], will be the one in charge, together with the director of the film, of bringing spectators closer to Zambrano’s world, to her active commitment, lucidity and courage.

Antolín Sánchez Cuervo has a PhD in Philosophy, as well as a Titular Scientist in the CSIC’s Social and Human Sciences Center, where he works as part of the researching group “Justice, memory, narration and culture”. He is also the Main Researcher of the intramural project “Exile, identity and critical tradition in Contemporary Ibero-American Thought”.