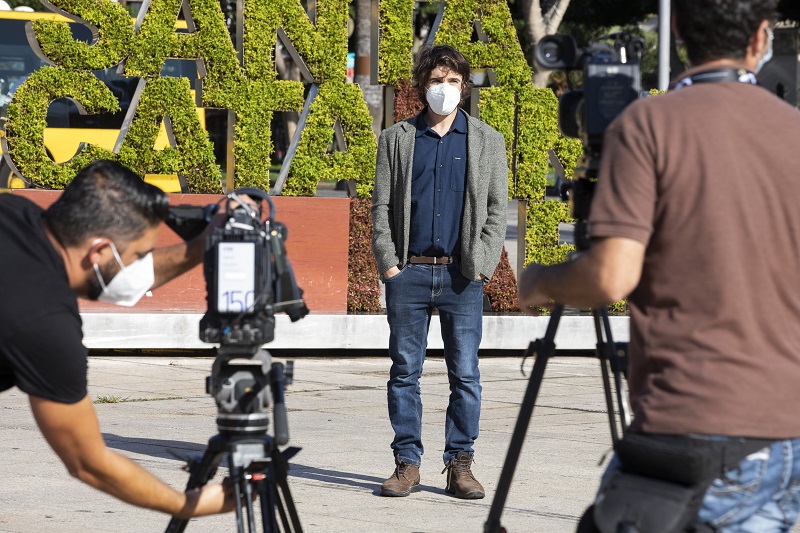  The film, awarded at Rotterdam, will be screened at Cinesa El Muelle on Wednesday at 7:30 pm and on Friday at 7 pm 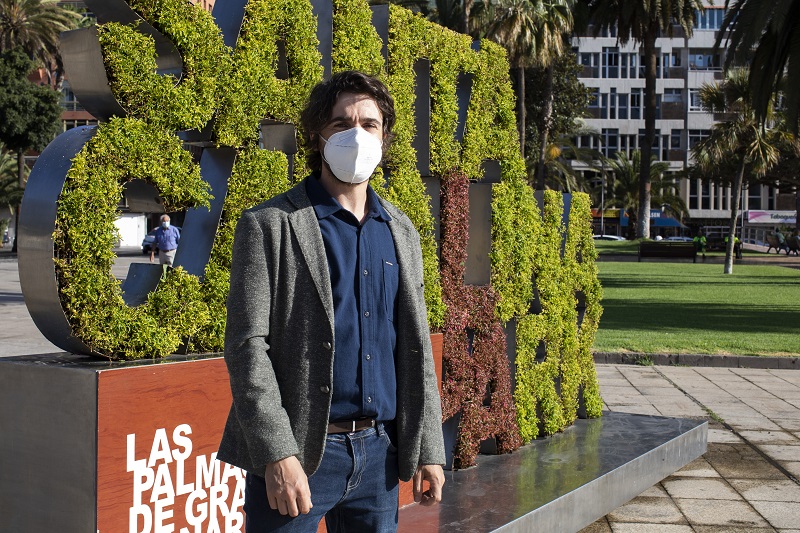 Las Palmas de Gran Canaria, Wednesday April 14, 2021.- Band à Part, new competitive section of the 20th Film Festival, brings to the big screen Terranova (Cuba, 2021), a vision of the city of Havana seen as never before through the perspectives of filmmakers Alejandro Alonso Estrella and Alejandro Pérez Serrano. This portrait of the Cuban capital created through reflections, memories and visions of the future arrives to Las Palmas de Gran Canaria after winning at the Rotterdam Film Festival.

Cities are not repeated; they are transfigured. Some are created by philosophical ideas. The animated city portrayed in Terranova is made of reflections, flashes of other cities and visions of the future. It is solemn in its sound landscape, without losing those strong sounds that make it unique. This particular universe contains many magical scenes that are filmed through an obscure camera.

For 50 minutes, Terranova pays a beautiful and singular tribute to Havana, not conceived as a portrait of the Cuban capital, but as an allegory of an ambiguous and phantasmagorical city. Its filmmakers used Italo Calvino’s Invisible Cities as models, so the approximation to a city in the film is an elaboration of a discourse about an abstraction.

The film, near the margins of documentaries, originated in a project call opened by the European Union in 2019 and which had the support of the Escuela de Cine. The finalization of the shooting came right about the time the first coronavirus cases started to sprang up and they had to improvise an editing room in the kitchen of Alejandro Alonso Estrella’s house, where they continued editing it for nearly three months. Alejandro Pérez Serrano said so in a press meeting held this Wednesday morning, in which he also explained that Terranova is a portrait of a city preparing for an inevitable change, a physical, but, above all, spiritual change.

Terranova’s archetypical characters are Damián and “El Sirio” [The Syrian], two men that have a conversation at the beginning of the film that serves as prologue and set the future narrative development. Through their perspectives, a tribute is paid to Havana with takes in which are appreciated Tallapiedra’s thermoelectric, the National Museum’s domes, the restauration offices of the Convent of Saint Jerome or Old Havana’s Camera Obscura, among other iconic sites.

Filming in these places, where it was very complicated due to permit issues, “was a real opportunity” for Terranova’s crew. Having the support of Escuela de Cine and the European Union “allowed us to access places we dreamt of filming.” Havana “has been portrayed so many times and with such a constructed image that we wanted to avoid the city’s stereotypes,” he stressed.

With a very clear and defined esthetic line shot at night to separate that reality, this incredible work of creativity, despite being Havana, “could be any other place.” And in regards to sound, said the filmmaker from Jaén, he agreed with codirector Alejandro on that they wanted to make the audience feel it was part of a great ritual, hence “the importance of sound is to create that solemnity, like when you enter a church or a sacred place,” he explained.

After winning the Ammodo Tiger Short Award at the Rotterdam International Film Festival, for the young filmmaker from Jaén to be at the de Las Palmas de Canaria Film Festival is a double reward, first due to just being part of the program and second because it is the first time they are going to share their film with an audience in a movie theater, something that makes him really happy and makes his colleagues envious, he said jokingly. He hopes spectators that watch Terranova experiment a sensorial journey around a city that is getting undone and walk out of the cinema and wonder where they are.