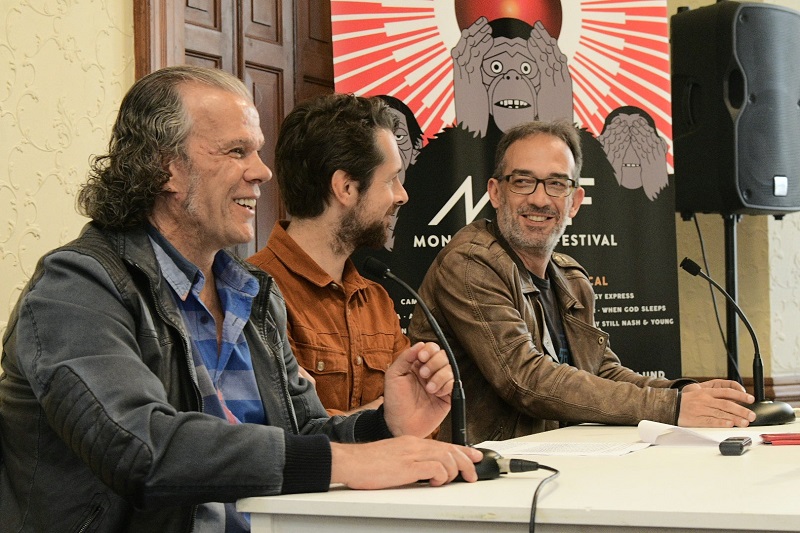 ➢ The Festival plans to premiere Camarón. Orgullo Gitano, by Alexis Morante within the section that includes important concerts such as those given by Andrew Combs, Rufus T. Firefly, Joana Serrat or Guadalupe Plata, among others

Las Palmas de Gran Canaria, Friday, March 16. The fifth edition of the Monopol Music Festival (MMF), the third one it is part of the contents of Las Palmas de Gran Canaria International Film Festival, proposes a selection of twenty music documentaries, eight concerts, three showcases in screenings and a video-art workshop for the edition that opens next Friday, April 6.

The project, which has been presented under the safety net of the Film Festival for three years with the collaboration of Dorada Especial, responds to a mixed formula that respects the autonomy of their team in regard of programming, but which assumes its funding and coproduction by providing the film festival’s audience with a selection of works that, together with the organization of parallel activities and the holding of concerts in different places within the city such as CICCA Theater, The Paper Club or Plaza de Santa Ana, maintains its philosophy of combining music and cinema at the seat that names it, the Monopol Multiplex.

Victor Ordoñez, the director of the MMF, flanked by Luis Miranda, the director of the Film Festival, and Francisco Melo Jr., the one in charge of the Monopol Multiplex, introduced this morning, Friday, March 16, a music and documentary program that keeps on believing in furthering the essence shown in previous editions, going ahead of conventions and opting for an avant-garde line in their program, getting the audience in every edition closer to something innovative and uncommon while including contents and artists that are supposed to become national and international models.

Among the programmed music documentaries, there are titles of diverse conditions and themes, such as the anticipated premiere of Camarón. Orgullo Gitano, by Alexis Morente and narrated by Juan Diego; Chavela by Catherine Gund and Daresha Kyi, a documentary that explores the fascinating live of Chavela Vargas, from her birth in Costa Rica to her undeniable immortality; When God Sleeps by Till Schauder, about Shahin Najafi, the “Salman Rushdie” of rap; Tony Conrad: Completely in the Present by Tyler Hubby, about the unknown but essential American producer and composer; Rumble: The Indians who rocked the world, by Catherine Bainbridge and Alfonso Maiorana, about the debt rock, jazz, folk and even heavy metal music owe to Native Indians; Mi vida entre las hormigas [My life among ants], by Juan Moya and Chema Veiga, about Jorge Martínez, the soul and talent of Ilegales; Heartworn Highways Revisited, by Wayne Price, a documentary from 1975 that captures the roots of the Outlaw Country movement; Jason Baker, by Jesse Vile; Geometría del esplendor [Geometry of Splendor], by José Ramón da Cruz, about Esplendor Geométrico, one of the most bold and innovative proposals of the Spanish music scene of the eighties, made up of a group of workers during the darkest period of the Madrid Scene; Chasing Trane. The John Coltrane Documentary, by John Scheinfeld, about the inimitable saxophonist, a ground-breaking visionary that changed the history of jazz; Alive Inside, by Michael Rossato Bennett, a film that narrates the amazing experiences of some patients that were revitalized by the simple act of listening to music; A Life in Waves, by Brett Whitcomb, about the work of electronic pioneer Suzanne Ciani, who was inspired by the waves produced by a “mysterious” machine and was able to turn it into music.

Eric Clapton, A Life in 12 Bars, by Lili Fini Zanuck, the first documentary in which Clapton openly collaborates and opens himself to the audience; Joy Division, by Grant Gee, a documentary about the legendary British group; The Swell Season, by Nick August-Perna, Chris Dapkins and Carlo Mirabella-Davis, which shows the musical and sentimental tour that Glen Hansard and Markéta Inglová lived for over two years; Michel Petrucciani, by Michael Radford, a work that portrays the magic of the outstanding French pianist, who suffered from osteogenesis imperfecta; CSNY Déjà Vu, by Bernard Shakey, which follows through 2006 the band formed by Crosby, Stills, Nash and Young; When the Roads Bends. Tales of a Gipsy Caravan, by Jasmine Dellal, about Romanian bands, their tours and lives; and Suárez DC, by José María Páiz, a Canarian documentary that tells the story of the leader of Teclados Fritos. They all are part of a selection that recovers in an emotive tone a single screening of Searching for The Sugar Man, the Oscar-awarded documentary about the singer Rodríguez.