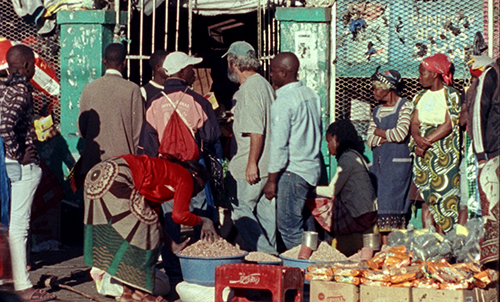 The Portuguese Mozambican Nyo Vweta Nafta, a brilliant piece from the new Portuguese crop that was released at Rotterdam; a reflection of some Inhambane youngsters’ dreams and aspirations. The Croatian short film Zvir, released on the Directors’ Fortnight at Cannes, is a fiction dealing with the demolition of illegal constructions that takes us from the Balkans to the legacy the old Europe leave to future generations. Centaur, Nicolás Suárez’s short film, a musical neowestern that updates the gaucho myth with a huge visual attraction, won a Special Mention at the last Berlinale. Nightfall, a mainly political work filmed by one of the most renowned directors within the current film scene and a videoartist; finally, the group is closed by Dadyaa, one of the most surprising short films from the Asian continent, with a breathtaking photography and superb sequences that will make people talk.

On Thursday, April 6, the third and last showing of this selection of films, coordinated for a second year in a row by José Cabrera, will be screened. They are titles produced in twenty countries from five continents that, as the official feature film section shows, reflect the thorough global search carried out by the festival. Among them, there are two Spanish works, a coproduction with Holland, The I Mine (Emilio Moreno, Spain, Holland, 2017, 27’) and a Canarian one -included in the first screening, The Painted Calf.

This edition’s short film programming, supported for another year by Canarias Cajamar Foundation, keeps on betting on a cinema that entails a formal stylistic risk and on an unusual introduction to contents already varied. Each screening is proof of the current short films’ diverse reality, with essential elements to reinterpret our own reality. It is the filmmakers’ intuition, who deconstruct the film language discourse to reformulate narratives from a unique point of view. We shall find, among the selected works, tributes to outlawed genres, complex political discourses, returns to a lost spirituality, otherness’ beautiful depictions, panegyrics to memory, binary migrations or philosophical lessons.

More information about the selected short films at: