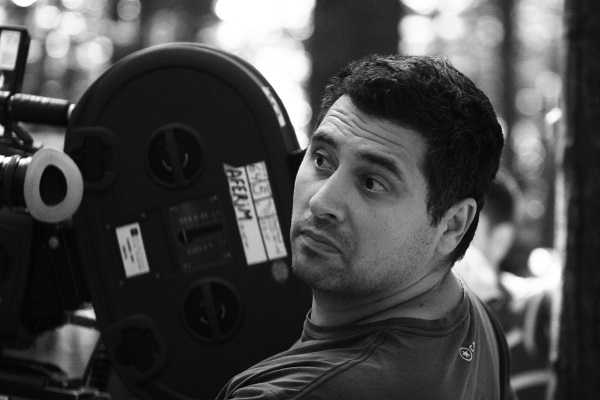 Radu Jude (1977) graduated the filmmaking Department of Media University in 2003. He worked as an assistant director.

He directed the short films THE TUBE WITH A HAT (2006) (winner of more than 50 international prizes in Sundance, San Francisco, Los Angeles, Uppsala etc.), ALEXANDRA (2007) (selected in Clermont-Ferrand, awarded in Oberhausen) and more than 150 advertising commercials.

His debut feature film, THE HAPPIEST GIRL IN THE WORLD (2009), winner of NHK/Filmmaker Award in Sundance and Hubert Bals grant, was awarded with the CICAE prize in Berlinale-Forum 2009. It was selected in more than 50 film festivals among which Toronto, New Directors/New Films – NY, Thessaloniki, Sarajevo and London. The film was released in cinemas in France, UK, Austria and Spain.

In 2011, he directed and produced the independent medium length FILM FOR FRIENDS.

EVERYBODY IN OUR FAMILY (2012), his second feature film which premiered in Berlinale-Forum, received the Heart of Sarajevo Film Festival, Le Bayard d’Or for Best Film and Best Actor at Namur IFF, CinEast IFF Grand Prix and was selected in more than 30 film festivals around the world, released in cinemas in France, Holland and Hungary.

His two recent short films SHADOW OF A CLOUD (2013) and IT CAN PASS THROUGH THE WALL (2014) were selected in Cannes – Quinzaine des Realisateurs section. The latest was awarded with a Special Mention.

In 2016 Radu Jude made his debut as theatre director, in the National Theatre of Timișoara adapting for stage Ingmar Bergman`s Scenes from a Marriage. In November, he premiered in Bucharest Ali: Fear Eats the Soul, a theatre adaptation upon Rainer Werner Fassbinder’s script.

He is currently in post-production with his fifth feature film, I DO NOT CARE WHETHER HISTORY WILL REMEMBER US AS BARBARIANS.