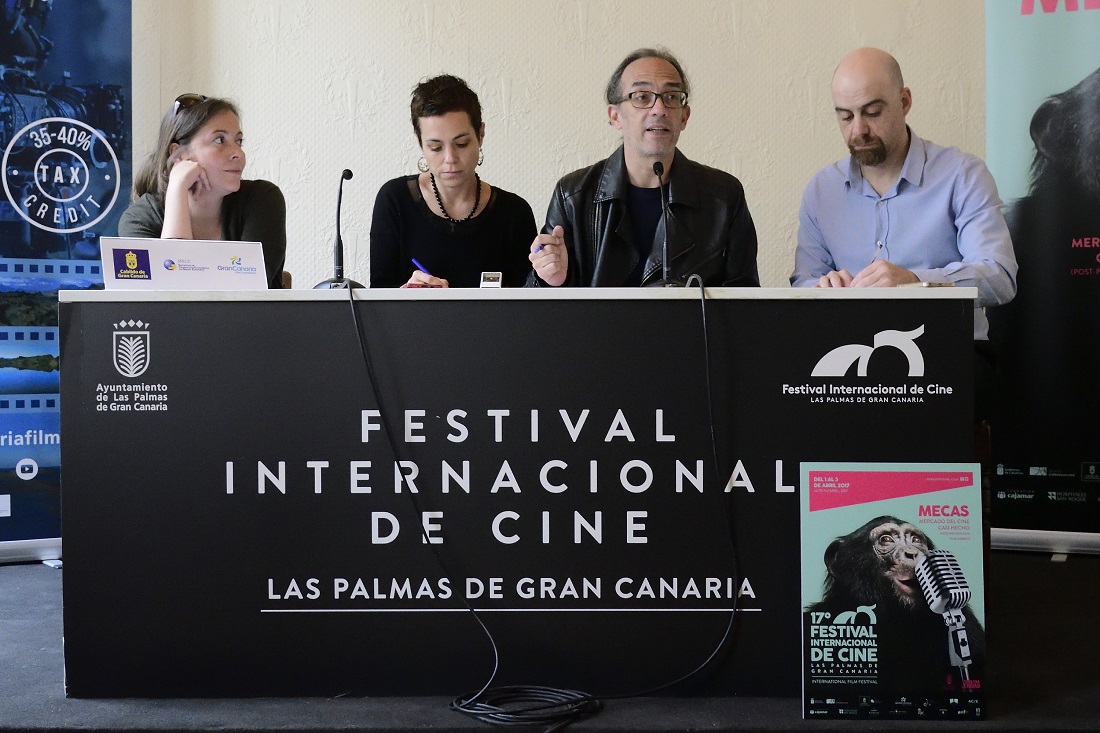 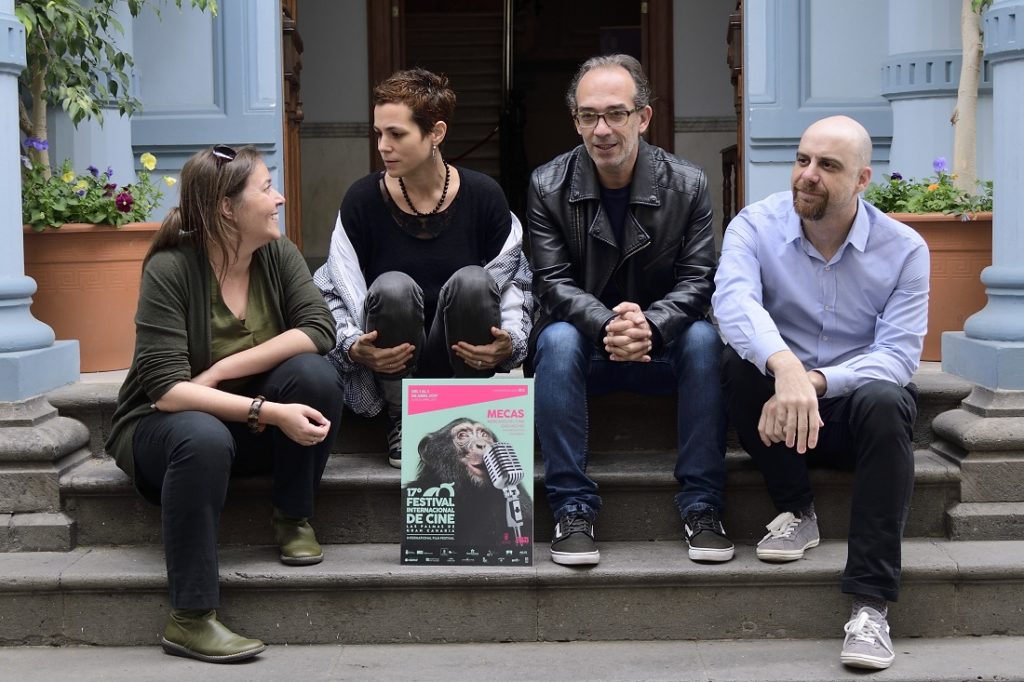 Las Palmas de Gran Canaria, Wednesday, March 15, 2017. The Las Palmas de Gran Canaria International Film Festival presents its first edition of the Market of Almost-Finished Films (MECAS), a project taking place from April 1 to 3, at the Pérez Galdós Theater, within the framework of the film festival, and which is born as a support to the post-production and distribution in festivals of independent works that deal with creative experimentation.

The MECAS will be open to any professional wishing to apply for and participate in its meetings, and includes in its program the MECAS island section, a day devoted to local projects that could benefit from the presence in the Festival of professionals and entrepreneurs related to the industry. In addition to this, the workshops and master classes set in motion by the Festival will extend their informative and educational offer until April 8.

MECAS is supported by the Gran Canaria Film Commission, and the Society of Economic Promotion of Gran Canaria, on behalf of the Cabildo of Gran Canaria, as well as with the cooperation of CLAC (Canarias Audiovisual Cluster) and Canarias Culture in a Network, of the Canary Government. Furthermore, the Microclima Association of Canarian Filmmakers will participate with the organization of a meeting in collaboration with the Festival.

Some weeks ago, the Las Palmas de Gran Canaria International Film Festival informed about the existence of this market that seeks to become a European reference event for projects in post-production. Since then, the MECAS’ team has received 34 works coming from countries such as Chile, Mexico, Colombia, Italy, Switzerland, Ireland, the Dominican Republic, Argentina, France and Spain -among which there are three Canarian productions. Out of these thirty titles, the Festival’s selection committee has chosen eight works that will be studied by a committee of experts in order to grant a prize valued at 8000 euros to support the post-production or distribution of the winning film.

The selected films competing for the prize and which shall show 25 minutes of film during April 1 and 2 are:
1. This Film is About Me, by Alexis Delgado, Spain.
2. Noelí overseas, by Laura Amelia Guzmán and Israel Cárdenas, Dominican Republic
3. Mi espía íntimo, by Cristóbal Fernández and Ana Schulz, Spain.
4. Double me, by Felipe Rugeles, Colombia, Spain.
5. Searching for the Oscar, by Octavio Guerra, Spain.
6. The Lonely Battle of Thomas Reid, by Feargal Ward, Ireland.
7. Niñato, by Adrián Orr, Spain.
8. The Remnants, by Paolo Barbery and Riccardo Russo, Italy – Switzerland.

The authors of these works, as well as their producers, will be able to attend individual meetings with industry managers, aimed to promote agreements among the attendees.

MECAS committee
The committee in charge of valuing the submitted works is made up of profile-different professionals directly related to film production and distribution. We shall find, among those who have confirmed their attendance to MECAS, in order to grant the prize, the following: Diana Santamaría, from Capricci Films, a French company devoted to art cinema; Inge de Leeuw, from the Rotterdam Film Festival’s selection committee and the one responsible for Stray Dogs’ acquisitions, an independent international Dutch production and distribution company, headquartered in London; Manuela Buono, from Italian Slingshot Films, a producer, consultant and sales agent specialized in independent fiction and non-fiction films; Hanna Horner, Doc&Films International’s international sales agent, and active in selling documentaries to television; and Spaniards Montse Triola, founder of Anderground Films production company, whose projects directed by Albert Serra have received multiple awards; Felipe Lage, Zeitun Films’ director, a production company born with a commitment to artistic and cultural projects; Alberto Sedano, fellow co-founder of CineBinario, a distribution company devoted to independent films; Diego Rodríguez Blázquez, RiverLab’s director, a distribution and scheduling company specialized in Spanish auteur cinema, who is also the founder and director of Márgenes, an exhibition and production platform for Spanish and Latin-American bold and innovative cinema; or Ramiro Ledo Cordeiro, president and partner of Numax Spain, a distribution company whose interests revolve around finding room in commercial cinemas for the most interesting cinema within the national and international sphere.

MECAS and Island MECAS
On April 3, not only will the MECAS award be granted, but the day will also be devoted to the local industry with the Island MECAS, a section where the productions related to the islands will participate in.

Any professional will be able to apply for and attend this event, that will have experts from the Media Europa and Ibermedia programs, as well as technicians from the Canarian Government, who will offer advice about the new grants for audiovisual projects the Canarian institution provides.

Island Mecas has, in addition to this, Canarias Culture in a Network’s support, which will provide a travel grant to one of the submitted projects to participate in the international market. Furthermore, it will offer up to ten journeys between islands for those Canarian filmmakers wishing to apply for and participate in these events.

The local section of MECAS pursues that the group of filmmakers and producers settled in the Canary Islands could benefit from the presence in the Gran-Canarian capital of those international professionals that made up the MECAS’ jury, who will be able to provide a new point of view for the development of their projects, which, in the case of Island MECAS, can be in different stages of production. The ones responsible for the works participating in Island MECAS will have ten minutes to present them before a committee. Later, they will hold personal meetings with some of the attendees, and will also be able to take part in the Market’s networking events.