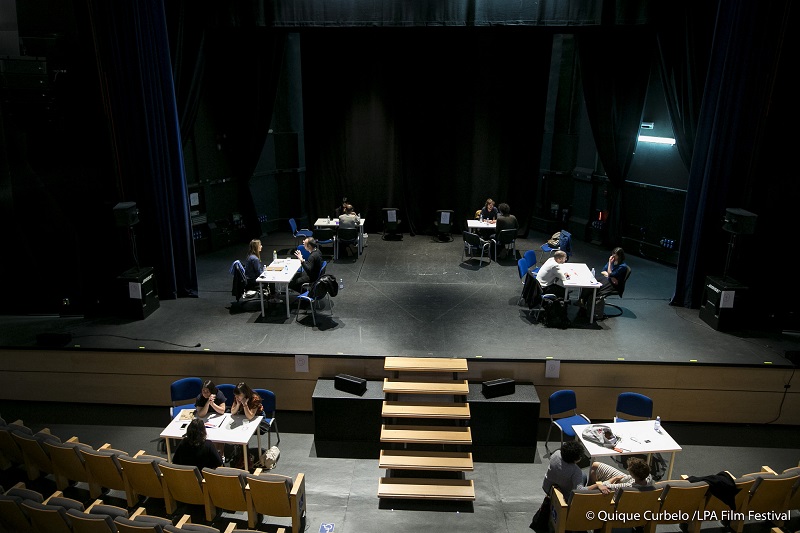 MECAS, coordinated by Lorena Morín, has kept unchanged throughout the year its objective of accompanying at their final stage a series of works that stand out because of their narrative ambition, aesthetic risk and film quality. These works, that will received advise from experts and will be assessed by a jury, are films that not only tell stories, but do so while transmitting emotions.

In line with the Festival’s programming, MECAS is confirmed as a place for a series of projects with artistic value, incorporating the most personal voices of some authors, in many cases yet unknown, the Festival predicts a strong festival tour.

Among the sponsors the market has had in its two previous editions are experts from international prestigious festivals such as the Berlinale (Panorama, World Cinema Fund), Rotterdam, Karlovy Vary, FidLAB, Gijón, Márgenes, Zinebi, Eurimages, and from production and distribution companies such as Memento Films, Doc and Films, Alpha Violet Films, Capricci Cine, Zeitún Films, Stray Dogs, Morena Films, Noodles Productions, Sling Shot Films, Andergraun Films, Numax Distribución or Cine Binario. Once again, the next edition of the Market shall have significant industry experts, from sample programming areas and big film festivals as well as from national and international production.

MECAS Island has been part of the market’s program from the beginning. Once again it will gather industry experts to support and promote local filmmakers’ talent while connecting regional and international professionals.

MECAS Island’s entry period remains open. Those interested in competing for the Canary Island Films Award this section of the market grants, and which consists on providing the winner with a 1200-euro travel bursary to attend an international market, should contact MECAS through the following email: mecas@lpafilmfestival.com.

MECAS Island’s participants will have the opportunity to attend a series of pitch meetings with their projects in development on March 26 at the Guiniguada Theater. These meetings match the model used in international markets and forums, providing all participants with the chance to introduce themselves in front of a group of international experts and consultants.

In 2018 La hojarasca, by Macu Machín, won this award. In 2017, as previously noted, La viajante, by Miguel Ángel Mejías, was MECAS Island’s winning project, and is now participating in the market’s international section.

This workshop, aimed at Canarian producers and filmmakers with a project under development or WIP, will take place on Saturday, March 23, only with EAVE’s selected works.

Montevidean producer Agustina Chiarino will be the one charged with coordinating this meeting, set up with this professional training organization. Her career includes, among many others, works such as La discípula del velocímetro, by Miguel Calderón; Gigante, by Adrián Biniez; Hiroshima y 3, by Pablo Stoll; or Tanta agua by Ana Guevara and Leticia Jorge, which has taken her to festivals like Rotterdam, Berlin, Toronto, Cannes or San Sebastián.