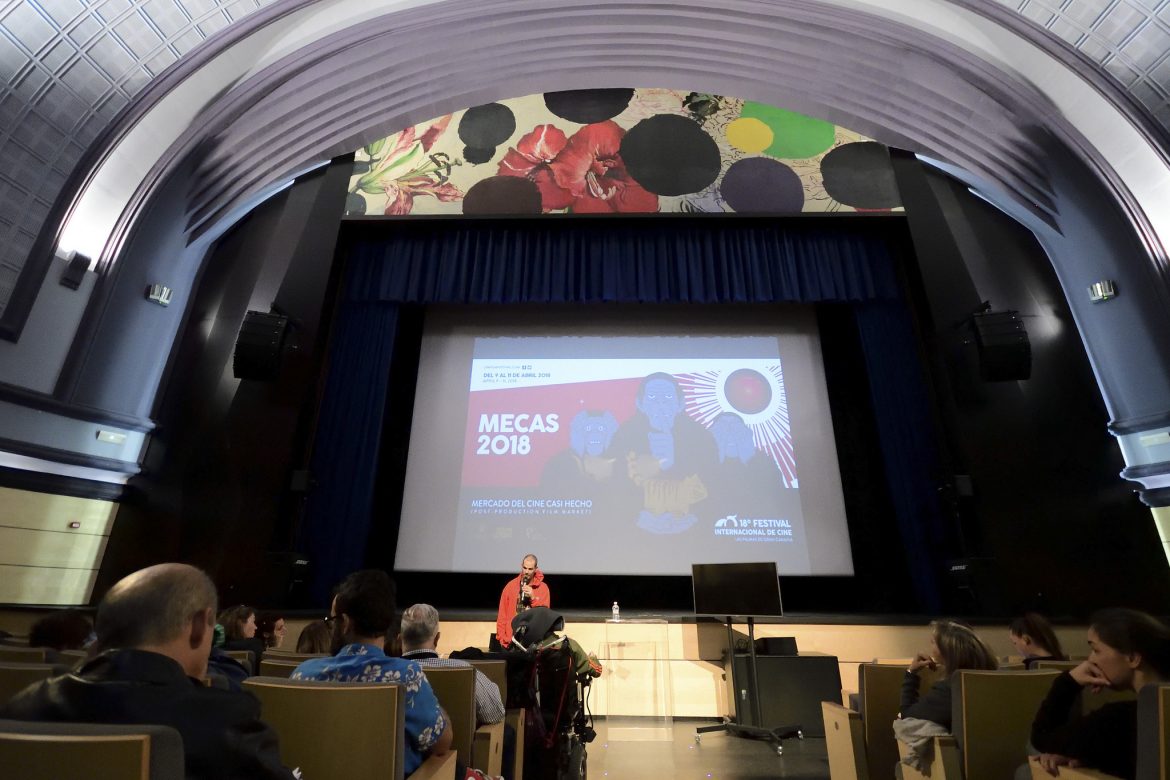  Key professionals of the audiovisual industry will discuss the subject on March 24th, 25th and 26th at the Guiniguada Theater

 As a novelty, this year the Market of Almost-Finished Films invites Canarian filmmakers and producers to meet at an individual level with funding and project-aid advisors 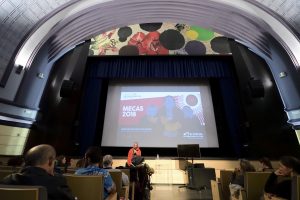 Las Palmas de Gran Canaria, Tuesday 19 March 2019.- The third edition of Market of Almost-Finished Films, Las Palmas de Gran Canaria International Film Festival’s meeting point with the industry, will gather some key professionals of the audiovisual industry from March 24th to 26th. For three days, the Guiniguada Theater will be the stage for different panel discussions and master classes taught by renowned experts.

The first master class, El Pitching de tu proyecto [Your project’s pitching], will start on Sunday morning (March 24th) at 10 am. It will be given by Augustina Chiriano, co-founder of Mutante Cine with Fernando Epstei. Chirriano has taught workshops at international level, has worked as advisor and speaker in forums and training activities and has also been part of juries in development funds and international festivals.

At noon Raquel Cabrera will give the master class Estrategias de marketing para festivales [Marketing strategies for festivals]. Cabrera works as an Account Manager for The Film Agency in the Spanish-speaking market, where she specializes in film marketing and consultancy for producers.

The first meeting and panel discussion scheduled for the promotion of audiovisual industry will be held at 5:30 pm. Dailo Barco, president of the Asociación de Cineastas de Canarias Microclima [Association of Filmmakers of the Canary Islands ‘Microclima’], will present AGADIC, a model for organizing autonomous filmmaking in Galicia. María Dolores Meijomín, coordinator of Audiovisual Policy in the Agencia Gallega de Industrias Culturales [Cultural Industries’ Agency of Galicia], will talk about this department’s model, which unifies competencies from the Autonomous Administration on this subject and from where different public aids to this sector are promoted, as well as about other programs related to the audiovisual industry’s training, promotion and internationalization.

Las nuevas ayudas a la producción cinematográfica en Canarias [New aids to film production in the Canary Islands] will put an end to 3rd MECAS’ first session. Jairo López, manager of the Clúster Audiovisual de Canarias [Audiovisual Cluster of the Canary Islands] will introduce and chair the discussion at 6:45 pm. The panel will also have two experts on the subject: Pedro Carballido (technician in Canarias Cultura en Red) on behalf of the Canarian Government’s General Direction of Cultural Promotion; and Emilio Ramal (coordinator of TEA’s audiovisual department) on behalf of the Cabildo de Gran Canaria.

At 6:15 pm, Silvia Anoro Gastón, ICAA’s deputy director of Film and Audiovisual Industry Promotion, will talk about the Presente y futuro de las ayudas a la producción del ICAA [Present and future of ICAA’s aid to production]. The Institute of Cinematography and Audiovisual Arts [Instituto de la Cinematografía y de las Artes Audiovisuales] (ICAA) is an independent body ascribed to the Secretary of State for Culture, which, among other things, seeks to encourage, promote and arrange Spain’s cinematographic and audiovisual activities in its three facets: production, distribution and viewing. Silvia Anoro Gastón will be accompanied by Jairo López, manager of Clúster Audiovisual de Canarias.

On the third and last session, on Tuesday, March 26th, Natacha Mora will discuss, at 4:30 pm, Canary Island Films, ayudas a la promoción en festivales y mercados [Canary Island Films, aids to festival and market promotion]. Natacha Mora has directed since 2015 the Canary Islands Film project, which aims at coordinating all the actions needed for the internationalization, development and consolidation of the Canary Islands’ Audiovisual Industry. Different areas of the Canarian Government take part in this initiative, as well as the islands’ Film Commissions, the Consorcio de la Zona Especial Canaria and the Islands’ regional sector.

It should be emphasized, as it has already been reported, the Gran Canaria Film Commission’s support to the launching of the EAVE (European Audiovisual Entrepreneurs) workshop, one of the leading programs in the training and development of European producers. This workshop, aimed at Canarian filmmakers and producers with ongoing projects or WIP, will be held on Saturday, March 23th, only for those works previously appointed by EAVE.

NOTE: To attend any of the scheduled activities or to request a meeting with or information from the advisors please confirm attendance in advance through the email mecas2@lpafilmfestival.com