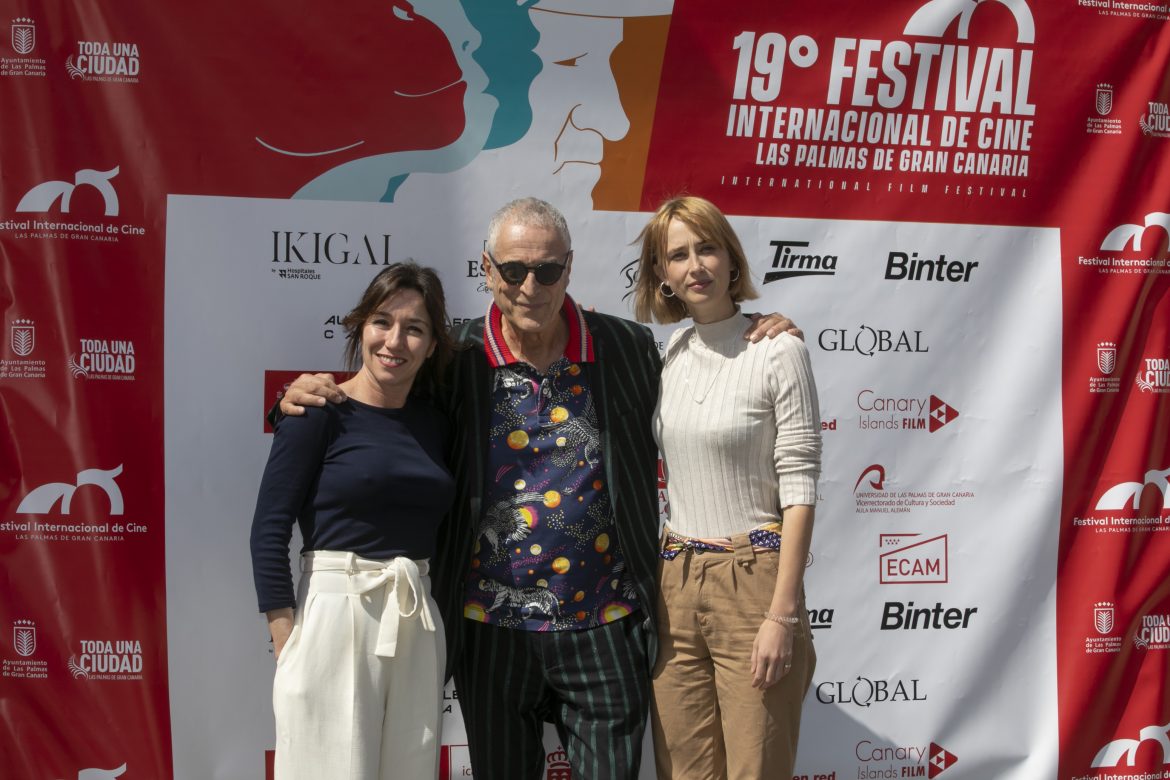  The director from Barcelona presents his first fiction feature film, which is the only Spanish film competing in the Film Festival’s Official Section

Las Palmas de Gran Canaria, Monday 25 March 2019.- The director and producer from Barcelona, Lluís Miñarro, presented this morning, March 25th, his second fiction feature film, Love Me Not (Spain, 2019, 86 min.), which will be competing in the 19th Las Palmas de Gran Canaria International Film Festival’s Official Section. In Love Me Not, Salome’s biblical story is reworked and can be interpreted as “a cruel tale”, a “very particular fantasy” that uses “unconventional” language and that he’s made from a genre perspective. It is, he said, a film director that tried to dramatize the situation because this drama “contains it and offers it”.

Written by Miñarro himself alongside playwright Sergi Belbel, the filmmaker makes in this film a singular introduction to the historic and literary character of Salome, which emerges as a response “to Abu Ghraib’s brutality during the Irak War”.

Salome, he explained, is a beloved myth, specially in the early 20th century, “because it was like some sort of icon for certain intellectuals, such as Oscar Wilde and many other people”. But for the director, this myth has always been interpreted in a rather unclassical but very orthodox way, maybe, he supposed, “because of the puritanism of the time”.

Motivated by the second reading he wanted to give to the Dance of the Seven Veils, he was interested in capturing it from another perspectice, in this case the genre one, because he has always suspected somehow that “someone like Oscar Wilder intended to communicate another thing” but because of the time’s moral he couldn’t do it.

Such a tragic event as asking for the head of the person who “doesn’t want to be love or who you cannot love” could be more of “a masculin revenge rather than a feminine one” because “a woman is never going to request something so cruel”, hence his interest in a genre perspective.

Miñarro, who appeared very respectful toward cinema “among other reasons because he thought he had nothing to contribute with”, said that he “had felt the need to make this film because all of us have a world to explain and, if we get the chance, we have to express those creative needs”. “Deep down we all have our own world and being able to capture it is something very rewarding and also a therapy at a personal level”, he emphasized.

The director, who will be competing for 2019 Golden Lady Harimaguada, explained that, for him, “reality, dreams and fiction are connected” and are present in all the four films he has made “because life is a fantasy”. In Love Me Not‘s case, the film can be interpreted as “a cruel tale”, a very personal fantasy that uses an unconventional language, but, in the end, “that’s the kind of cinema he likes”.

From his film he highlighted the images, that can have “enough power to communicate by themselves” because cinema, in its origin, he recalled, was light and shadow, not words.

When capturing Salome’s dance, he never intended it to be the traditional one of the seven veils. “It’s more like a corporal quartering”, he specified, “because the whole body contains beauty, not only the face”.

Divided into two parts, the film begins in 2006 and follows a Middle East military detachment, while the rest of the story takes places in the present, with “a more melodramatic and theatrical second part”.

The filmmaker, 2011’s Honorary Lady Harimaguada, was accompanied during the press conference by actresses Ingrid García-Jonsson and Lola Dueñas, who highlighted Lluís Miñarro’s “world” that he is then “capable of capturing in his films”.