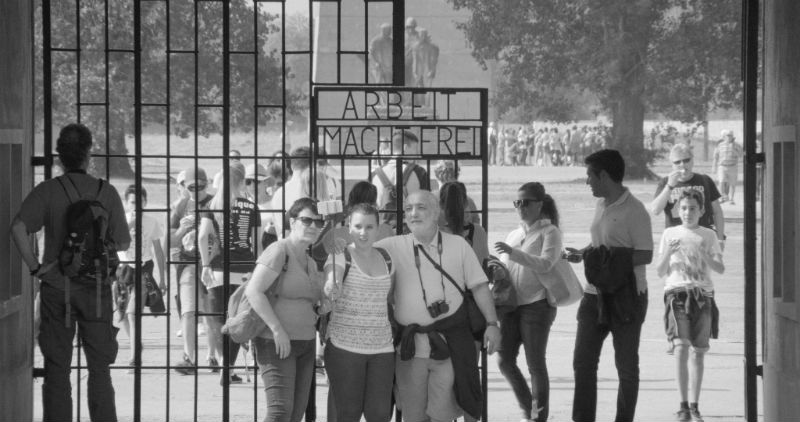 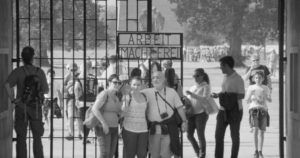 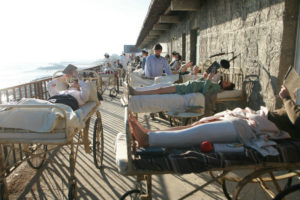 The last documentary film by Belorussian filmmaker Sergei Loznitsa, Austerlitz (Germany, 2016, 94 min.), focuses its look to tourists that visit the Dachau and Sachsenhausen concentration camps. Based on the novel of the same name by W.G. Sebald, the film tells the story of a Jewish man whose name and roots were stolen when he was a refugee child. The film, shown at the Venice, Rio de Janeiro, Seville, Mar del Plata and Amsterdam festivals, will be screened on Saturday 8, at 10:15 p.m., and on Sunday 9, at 6 p.m. Director Sergei Loznitsa’s films have been present at this festival on two other occasions: in the retrospective the 13th edition dedicate him -the first one programmed in Spain- and in 2015 with the documentary film Maidan, included, like Austerlitz, in the Panorama section.

Scarred Hearts (Radu Jude, Rumania, Germany, 2016, 141 min.) won the Special Jury Prize at the Locarno Festival and the Best Direction Award at Mar del Plata. A story based on an autobiographic novel by Romanian writer Max Blecher in which a young patient at a Black Sea’s sanatorium, in 1937, falls in love with another patient. Its screenings: Saturday 8, at 8 p.m. and Sunday 9, at 6 p.m. Both will be at the Monopol.