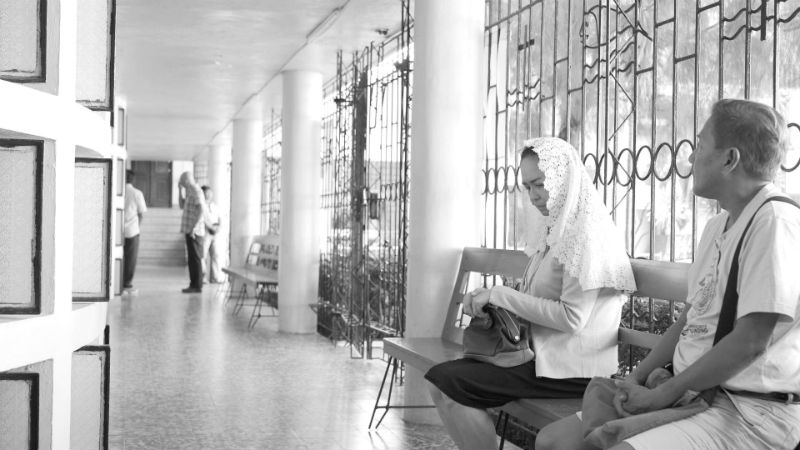 Las Palmas de Gran Canaria, Thursday, March 16, 2017. Filipino Lav Diaz’s work is again present at the Las Palmas de Gran Canaria International Film Festival (March 31 – April 9). The 17th edition of the festival will present in its competitive section this singular and radical filmmaker’s last film, The Woman Who Left, in which he approaches the vengeance of a woman after her jail release because of an offense she did not commit. With this title, Diaz was awarded a Golden Lion at the last Venice Festival.

The Philippines are the new setting of Diaz’s story, born from a short story by Leon Tolstoy; a complex and dark Philippines that takes in the recent liberated Horacia Somorostro, played by actress and producer Charo Santos-Concio, at the heart of its personal and family dramas. The film, like the previous titles of the author, is extraordinarily long, four hours, which the director presents as well in a rather unusual format, the black and white.

A regular figure at festivals, Lav Diaz was awarded the Golden Lion at the last Venice Festival for this film, in an edition whose jury was headed by director Sam Mendes, and which has been shown at the Toronto, Mar del Plata, Rotterdam and Vienna competitions so far.

“Once again, it stands out the perfect composition of some shots built from the intimate logic of insignificant gestures. As if it were about an invisible ballet of the trifling nature. And so on, until putting up a brutal, magnetic, captivating and undoubtedly unrepeatable universe.” Luis Martínez, El Mundo

“Diaz depicts the social rehabilitation of that protagonist, played by television hostess Charo Santos, through a series of long steady shots in black and white, in a more limpid and accessible film than what may seem.” Álex Vicente, El País