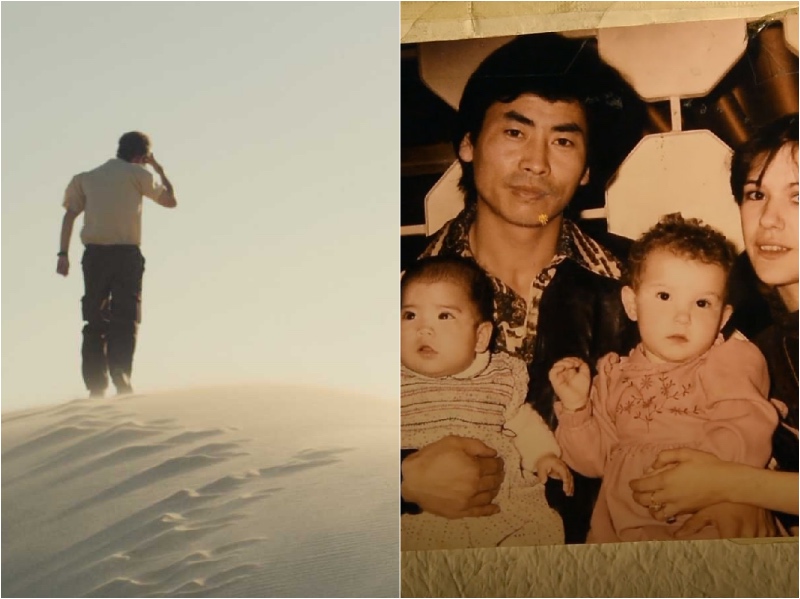 Six feature films, two out of competition, and fourteen short films by twenty authors that represent the best Canarian cinema make up the selection of titles of the Canarias Cinema section, sponsored by Binter. Two films of this competitive cycle will be the ones starting on Friday morning, April 6, the screenings at the Monopol Multiplex: Raíces (Mi hoa Lee, Spain, 2017, 63 min.) and El mar nos mira de lejos (Manuel Muñoz, Spain, 2017, 93 min.).

Mi hoa Lee, Raíces‘ protagonist and director, will be tomorrow at the festival to introduce her work to the audience (5:30 pm, Monopol Screen 2); the press and jury showing will be at 10 am at the Monopol Screen 2. The filmmaker embarks in this work on a physical and emotional journey, after giving birth to her first daugther, that will lead her to investigate the death of her parents in order to reconnect with her mother’s family and find the whereabouts of the rest of the Korean family she has never met.

At noon, the second film of the day, El mar nos mira de lejos, directed by Manuel Muñoz Rivas and screened at Berlin, Hong Kong and Toulouse. The legend of a lost ancient civilisation lies buried beneath a swath of sand dunes in southern Spain. For more than a century, travellers have been drawn to this remote spot in search of its ancient inhabitants or perhaps to rediscover a lost utopia.

The other two competing feature films of the Canarias Cinema section are Las Postales de Roberto (Dailo Barco, Spain, 2017, 87 min.) and Telúrico (Telluric) (Sergio Morales and Ulises Morales, Spain, 2018, 95 min.). Yet, in addition to them, there will be two other titles screening out of competition in the next days: Bárbara nadie (Ayoze García, Spain, 2018, 50 min.) and Apocalipsis Voodoo (Vasni Ramos, Spain, 2018, 94 min.).