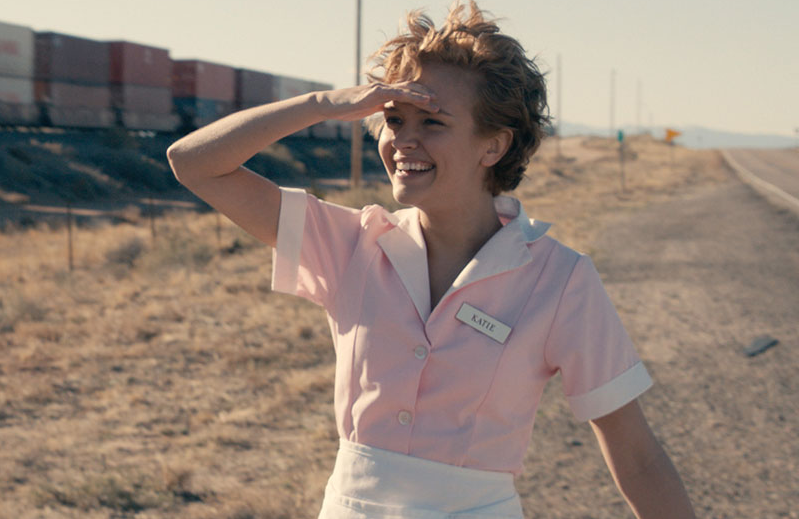 The ceremony, beginning at 8:30 p.m. at the Pérez Galdós Theater, has as a common thread cult films and music. For a second year in a row, will be in the hands of members of the film industry. If last year the one in charge of conducting it was filmmaker Elio Quiroga, in 2017 we shall have the duo formed by director Félix Sabroso and actor Ángel Burgos, authors of the script and stage direction, respectively. They will be joined by popular actor and director Secun de la Rosa’s introduction and Canarian saxophonist Kike Perdomo and a band created for the occasion, the Monkey Business Band. The screening of the official section’s first film will start after it.

Katie Says Goodbye, Wayne Roberts’ first film that attracted attention at the Toronto, Rotterdam and Stockholm festivals, is carried by British actress Olivia Cooke, known for her role as Emma Decody in the TV show Bates Motel. The film, which will be screened to the public at the Monopol Multiplex on Tuesday, April 2, at 10 p.m., tells the story of a young waitress from Arizona who tries to accomplish her dream of a new life in San Francisco.

The official section is thus opened, with Cajamar Foundation’s support, and will carry on, with the other twelve competing feature film, from the third day of the festival, Sunday 2, once the Canarias Cinema section’s feature and short films have been screened.

Finally, at 11 p.m., the band Los Vinagres will give a concert at The Paper Club which, as part of the Monopol Music Festival’s concert program, will welcome, together with Dorada Especial, the Las Palmas de Gran Canaria International Film Festival. Tickets for the concert will cost 5 euros and will be for sale at The Paper Club’s ticket office.

The Las Palmas de Gran Canaria International Film Festival is supported, in 2017, by the following institutions and organizations: Spain’s Public Agency for Cultural Action (AC/E), thanks to the Spanish Culture Internationalization Program (PICE); the Canarian Government through Canarias Culture in Network; the Cabildo of Gran Canaria through the SPEG and the Gran Canaria Film Commission; the Canarian Audiovisual Cluster, the Pérez Galdós Theater, the Elder Museum of Science and Technology, Casa Africa and Radio Televisión Canaria; as well as the companies Cajamar Canarias Foundation, Hospitales San Roque, Dorada Especial, Audiovisuales Canarias, The Hoteles, Jameson, Web! Energy Drink and 928 Ron.