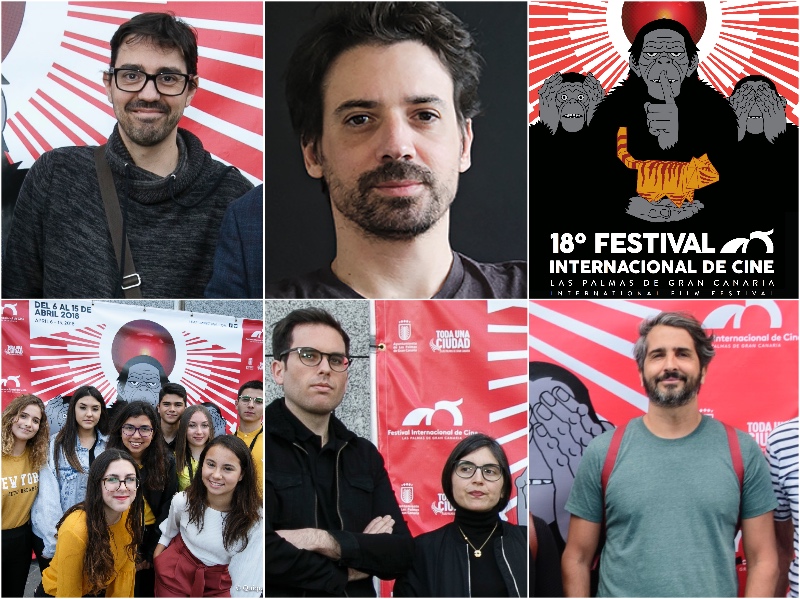 The film El mar nos mira de lejos (Spain, 2017, 93 min.) by director Manuel Muñoz, has won the Richard Leacock Award for Best Feature Film in the 18th Las Palmas de Gran Canaria International Film Festival. The jury in charge of valuing the submitted works in the Canarias Cinema section, formed by Miguel Rodríguez, founder and editor of Mundo Hispánico; writer and journalist Sabina Urraca and Vanesa Fernández, director of ZINEBI -International Festival of Documentary and Short Film of Bilbao, has announced their decision this Monday morning, April 9, during the press conference held at the Pérez Galdós Theater, in which they also praised this competitive section’s “approach to Canary-Islands related subjects from a non-conventional viewpoint”, as well as “the research work carried on by some directors, which then have been reflected on the final film with the added value of having a really genuine authorial mark”.

The feature film awarded among the four titles competing in this edition, El mar nos mira de lejos, has managed, according to the jury, “to capture a place’s historical moment by creating an enigmatic atmosphere and sketching the portrait of some characters who face an uncertain future”. The Festival will grant a 3,000 euro award to its director.

The Richard Leacock Award for Best Short Film, valued at 1,500 euros, has been granted for the second year in a row to a work presented by Samuel M. Delgado and Helena Girón, Plus Ultra (Spain, 2017, 13 min.). The jury has stressed, regarding the short film, “its aesthetic and formal proposal”, as well as the fact that it means “a boost of great originality when dealing with the islands’ regular historical tale, being able to decontextualizing the facts and opening new lines for reflection”.

Miguel Rodríguez, Sabina Urraca and Vanesa Fernández has granted as well a third award among the fourteen works presented to the short film section: a Special Mention to Morir en el intento (Spain, 2017, 13 min.), a piece by the students from Escuela de Cine Infantil y Juvenil Cámara y Acción, which stands out, according to them, because of “one of the most brilliant beginnings of the entire selection” and also because of “the educational and collective work present in their creation process”.

Some minutes before announcing the awards, the three members of the jury thanked their participation in the festival and congratulated its programming team, as well as their strong bet on “local directors and producers and, specially, on emerging talent”.

The jury of the Canary Islands Connection International Distribution Award, formed by José Victor Fuentes and Luis Renart, has granted the best feature award to Apocalipsis Voodoo (Spain, 2018, 94 min.), directed by Vasni J. Ramos, “for creating a brave and singular film, unique in the current film panorama, which will left kung fu, Mexican wrestlers, voodoo and zombie lovers in rapture”. The award will provide the producers of the film with a specialized consultancy in international distribution and festival strategies.

The jury of the Digital 104 Distribution Award, made up of Jonay Garcia and Domingo J. González, has granted the best short film award presented by Rafael Marrero, Dua2litet (Spain, 4 min.), “for its hypnotic ability to immerse the audience in an initiation journey which ends up revealing human’s dual nature”. The short film will receive a strategy on international distribution, counsel, management, registration and submissions to festivals for a year granted by the company Digital 104 Film Distribution.