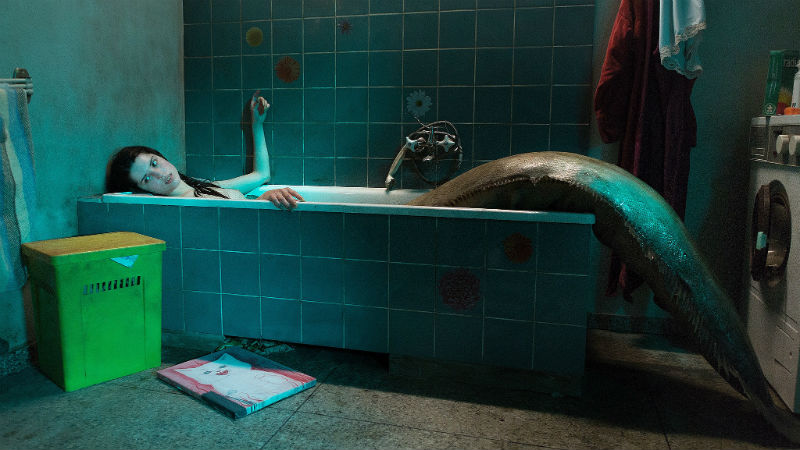 Tickets, priced 6 euros, will be for sale on Wednesday, March 29, at the Pérez Galdós Theater, Monopol Cinema and Elder Museum of Science and Technology’s box offices, as well as through the link at the festival’s website, lpafilmfestival.com, and at the respective websites of the previous places.

“We are interested in terrible (…) funny and weird films, obsessive, disturbing but always, always, different”, asserts Jesús Palacios, coordinator of the cycle since its first edition, in the text he writes for this edition’s catalogue. And continues with the selected program: “here we have, too, ‘our musical of the year’, Córki Dancingu / The Lure (Agnieszka Smoczynska, Poland, 2016, 92 min.), but revolves around two cannibal mermaid sisters in the night of Warsaw, their rise within the filthy cabaret world and their fall to poetic tragedy”. The film, one of last year’s surprises at festivals such as Sitges, Fantasporto or Austin, “is an erotic, punk, romantic and hilarious revision of Andersen’s fairy tale and of the topic’s classic myths and legends”, points out Palacios.

The American The Eyes of My Mother is an independent auteur film full of human drama and feelings, though “we are not in front of Manchester by the Sea”, writes the film critic and writer when comparing two of last year’s most acclaimed films, “but inside a farm, lost in the farthest depths of Portugal, where a wicked surgery helps to overcome the pain and trauma”. The marathon’s third feature film is the Indian Psycho Raman / Raman Raghav 2.0, a thriller about psychopaths and police procedures inspired by the real story of a serial killer from the 60s.

Regarding the three short films included in this horror and fantastic film screening, Palacios has chosen from last year’s film production Hileta/Funeral, a tribute to Dreyer that has caused his corpse to get out of his grave and catch a plane to Vitoria in search of its director; Decorado, in which some characters move pass through an absurdity that is pure black humor and phantasmagoria; La siesta del ángel, a “romantic comedy” close to horror which takes place within the last bar near a funeral home; and Juliette, a Belgian title screened at the Paris International Fantastic Film Festival and the San Sebastian Horror and Fantasy Film Festival, which tells a driving tragedy with three young girls inside the car.