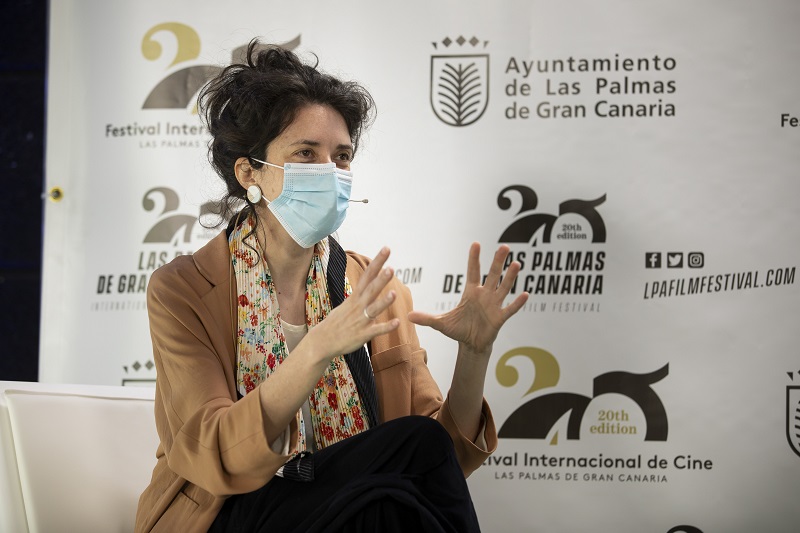  The Film Festival presents this film within its Band à Part section this Thursday at 7:30 pm and tomorrow Friday at 7 pm at Cinesa El Muelle

Las Palmas de Gran Canaria, Thursday 15 April, 2021.- The new competitive section of the Las Palmas de Gran Canaria International Film Festival, Band à Part, will screen The Metamorphosis of Birds, Portuguese Catarina Vasconcelos’ debut film, a piece with an extraordinary esthetic and poetic dimension that has elements of experimental cinema and personal diary. A visual and voiced collage that reconstructs her own family’s history. The film, that results in an essay on the relationship of the filmmaker with her father after her mother passes away, will be screened this Thursday at 7:30 pm and tomorrow Friday at 7 pm at Cinesa El Muelle.

Catarina Vasconcelos tells how Beatriz and Henrique, her grandparents, meet, fall in love and get married when she is 21 years old. Henrique is a naval officer and goes to sea for a time, while Beatriz remains at home looking after their six children. One day, she dies unexpectedly. Their eldest son is Jacinto, who has always dreamed of turning into a bird. And Jacinto is the father of filmmaker Catarina Vasconcelos, whose mother also passed away when Catarina was 17 years old. After her death, Catarina started to work on a very personal project called The Metamorphosis of Birds.

According to its director, who held a press meeting this past Thursday morning, the film came up from the letters her grandparents exchanged, which she couldn’t read because they were burnt. But mainly from the feeling she shared with her father of being motherless. Divided into two parts, the film delves into its director’s own mourning.

Prioritizing emotions rather than facts, this poetic family autobiography is filmed in 4:3 with plenty of sensitivity and beauty. If the letters were burnt, thought the Portuguese filmmaker, “Beatriz would die twice,” so she decided to investigate into her, since she had never met her, and made a casting among her relatives. “It wasn’t a film about Catarina only anymore, but a collective family film about the whole family,” she pointed out.

When she started this adventure, she said, she was convinced she wanted to make a documentary, but as she talked to her family, she came upon silences that left blank spaces and turned out to be very important, giving a fiction and fantasy turn to the film. “To portray the distance between the living and the dead I needed fantasy,” she explained.

Disappointed because she couldn’t read her grandparents’ correspondence, she investigated into other sort of letter from the same period and, since some of them were trivial, she decided to experiment and filmed on the high seas in order to understand how her grandfather’s life was when he embarked and to be able to feel that distance that separated him from his loved ones.

Awarded after its appearance at different festivals, Berlin included, The Metamorphosis of Birds is mostly constructed from fiction material, lots of voice-overs and some real archive documents. Mystery is in the details, an this a meticulous film, even in regards to shot selection. In this sense, she explained that “even though there are a lot of seemingly static pictures, within them life flows just as we observe it in a still life painting.”

Filmed at her grandparents’ house for three years, she thought her grandmother had touched every object there was inside it, so they had memories and a secret life she captured in a screenplay that took her nearly six months to write. “Crossing pictures with narration was a complex but beautiful process.”

In short, Catarina Vasconcelos delves into the eternal process of metamorphosis, an endless cycle of life and death. A love that prevails within life’s beauty. As a result, the film could be a hybrid of memories, fiction, family history and art.