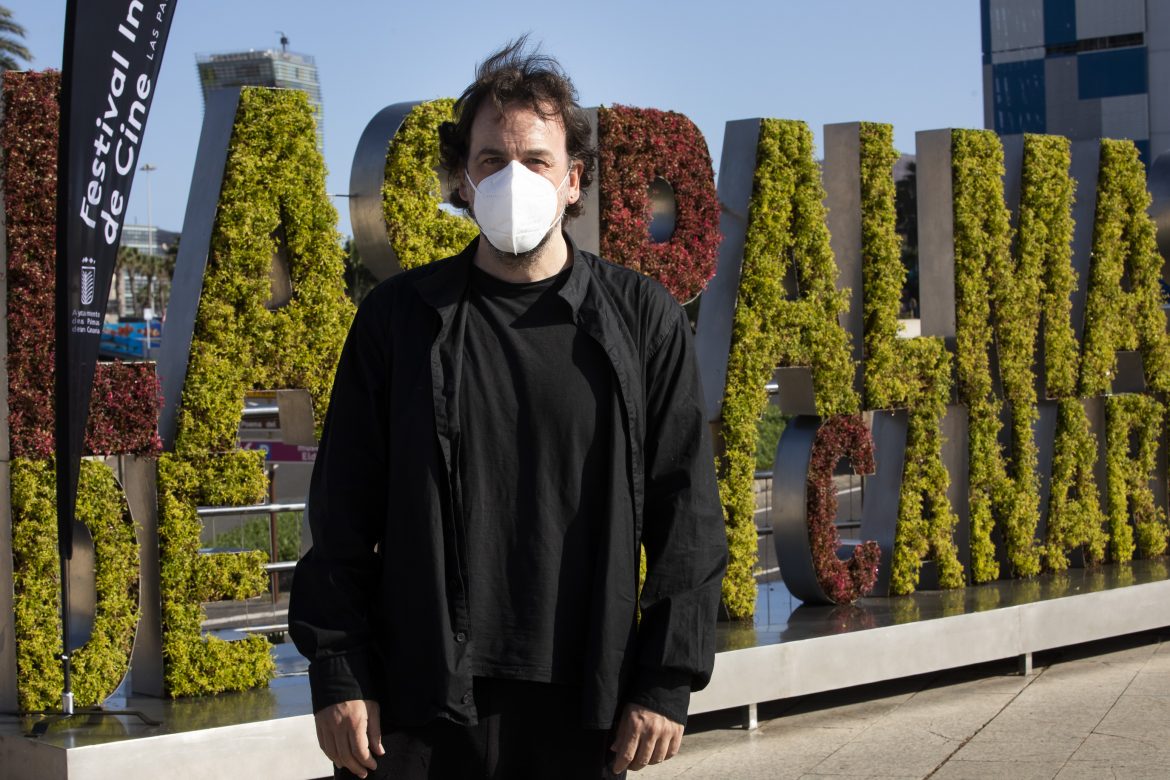 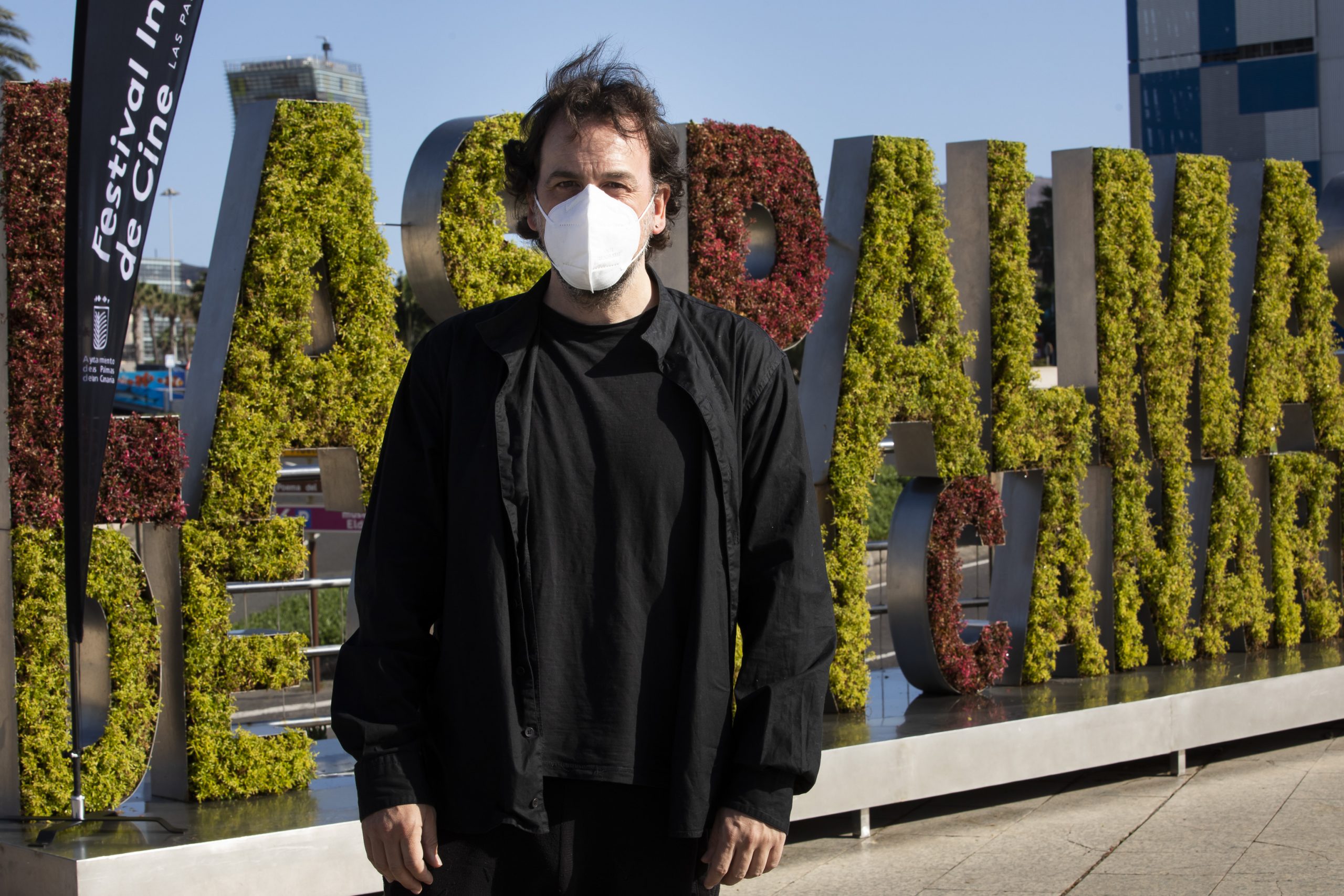 Experimentation, animation, football’s effect on us… outside the pitch, certain unforgivable sins and even Kazuo Hara’s reappearance in Las Palmas de Gran Canaria International Film Festival. Canarias Cinema’s third session of short films will be the last and most varied collection of brief pieces screening in this edition. Equals (2020), by Cayetana H. Cuyás, Japanese Lesson (and a Promise) (2019), by David D. Sang, Offscreen (2019), by Adriana Thomasa Carballo and Pablo Vilas Delgado, Minotaur (2019), by Enrique Diego and The German (2020), by Rafael Navarro Miñón make up the list of filmmakers closing this section in movie theaters, which will be completed with Leticia Márquez Gutiérrez’s short film, winner of LPA Juvencorto, Tiempo. Velocidad (2019).

Canarias Cinema Feature Film White on White (2019), by Théo Court. At noon at Cinesa El Muelle’s Screen 9. White on White (2019) addresses with rawness the terrible story of the Selk’nam genocide at the Tierra del Fuego archipelago at the end of the 19th century: a cruelty in which the rancher companies that occupied the land paid a pound for each Selk’nam dead. Théo Court’s feature film approaches this tragic moment in the history of the region through the eyes of a photographer (played by Alfredo Castro) who is hired to document a landowner’s wedding. The film explains itself through the editing of three long shots (as the period demanded) the photographer ends up taking: something that becomes a vital resource for transferring the plot’s dark weight to the audience. The last of these photographs is the one that shocks spectators the most.

Magic Lantern. Screening at noon at Cinesa El Muelle’s Screen 8 Lorezo Mattotti’s The Bears’ Famous Invasion of Sicily. According to the catalogue, the children of the house will be able to enjoy a story based on the tale of the same name by Dino Buzzati. The animated film invites us to think about concepts such as colonization, tyranny or cultural appropriation. This is undoubtedly an opportunity to travel through visual universes full of beauty, to get inside them and to reconsider some of today’s issues from a perspective that is magical and stimulating for the senses.

Tribute to Isaki Lacuesta. At 5:45 pm at Cinesa El Muelle’s Screen 2. The edition commemorating Las Palmas de Gran Canaria International Film Festival’s 20 years pays tributes to a significant cinema figure who have been fundamental in the history of our city’s festival: filmmaker Isaki Lacuesta. Then, The Legend of Time will be screened within the Anthology 20th Anniversary section. This feature earned Lacuesta the 2006 Special Jury Award at our Festival. The screening will be at 6:45 am at Cinesa El Muelle’s Screen 3.

Special Session. Un blues para Teherán (2020), by Javier Tolentino. At 7:15 pm at Cinesa El Muelle’s Screen 4 with a previous introduction by the director and by Lluís Miñarro, producer of the feature. In Un blues para Teherán Different faces show us an Iran where tradition and modernity coexist and clash. Through its music and people, Erfan invites us to discover a country as mysterious as it is cultured. He is a young Kurd, funny and ironic, who aspires to become a film director. He sings, writes poetry, lives with his parents and his parrot, but knows nothing about love…

Anthology 20th Anniversary. Asghar Farhadi. Screening at 6:45 pm at Cinesa El Muelle’s Screen 7 of About Elly / Darbareye Elly (Iran, 2009, 114 min.), a masterpiece by the Iranian filmmaker that won the Silver Bear at Berlin and the Best Cinematography Award at Tribeca. It includes a previous introduction by the director.

Panorama Spain. The Year of the Discovery, by Luis López Carrasco, winner of the Goya and Feroz awards for Best Documentary Film. At 5 pm at Cinesa’s Screen 5 with a previous introduction by Raúl Liarte, co-screenwriter. The Year of the Discovery’s synopsis reveals that the film approaches the industrial dismantling, riots and burning of the regional parliament in Cartagena in February 1992, in contrast to the image Spain sold to the world, that of a modern, civilized and high-spirited country, capable of organizing and hosting two events of international significance: the Barcelona Olympic Games and the Universal Exposition of Seville, connected to the celebration of the quincentenary of Columbus’s arrival in the Americas.

At 7 pm on Screen 6, second screening of a fundamental Spanish title that will not arrive to theaters until next June: Karen, Extremaduran filmmaker María Pérez Sanz’s second feature and first fiction film.

Panorama. This section of the Festival has scheduled for this Sunday at noon on Screen 7 the second screening of True Mothers, Naomi Kawase’s latest work that depicts a conflict between identity and family stability as a result of an adoption process. At 6 pm on Screen 8, Rizi / Days, by Taiwanese Tsai Ming-liang, a title that portrays urban alienation and loneliness. Meanwhile, at 7 pm at Cinesa El Muelle’s Screen 6, Mexican Nicolás Pereda’s Fauna will be screening, a film that focuses on the tension that arises with having a new family member, a future drug-dealer son-in-law who comes up with parallel realities to escape from the situation’s pressure.

Camera Obscura. The Festival released this Saturday 10th this singular proposal of silent cinema plus live music. It has scheduled on Sunday 11th Das cabinet des Doktor Caligari / The Cabinet of Dr. Caligari (Robert Wiene, Germany, 1920, 76 min.), an undeniable classic of horror cinema, it still maintains its capacity to shake the audience even after a century from its release. In order to create a sound atmosphere that reinforces the pictures’ power, the instrumental rock band from Madrid Toundra will perform live the music they specifically composed in 2020 to celebrate the centenary of this film, one of German expressionism’s masterpieces.

Déjà Vu 3D. At 6 pm the Elder Museum of Science and Technology’s screening room will be taken by Les contes de la Nuit (France, 2011, 84 min.), by Michel Ocelot. In this French film, every night, a girl, a boy and an old man meet in a small derelict movie theatre brimful of wonders. The three friends invent extraordinary stories and become the heroes of new adventures on magical nights where everything is possible, from sorcerers to werewolves, where evil devastates and innocence prevails.