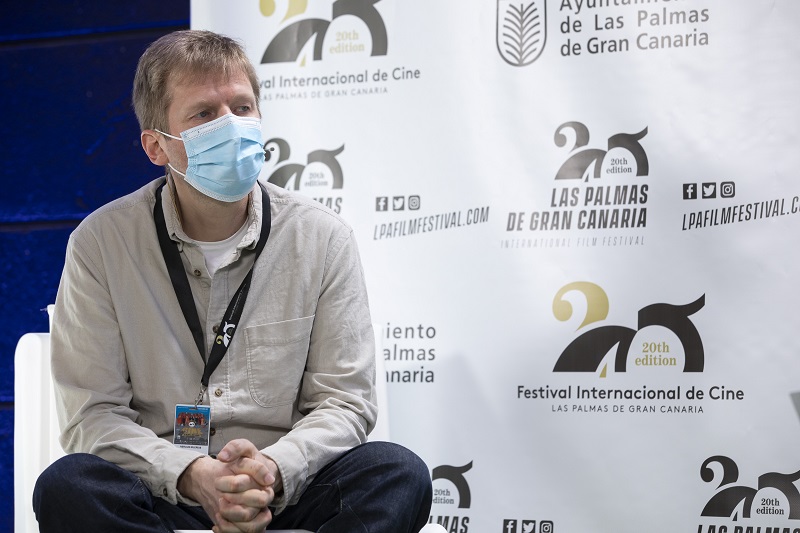  The film, winner of the DOK Leipzig International Competition, will be screened tomorrow Friday at 5 pm at Cinesa El Muelle 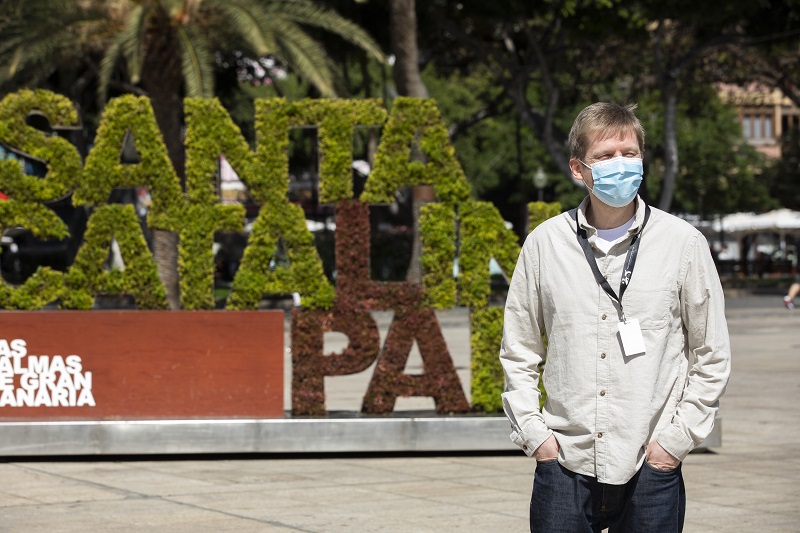 Exemplary Behaviour’s poetry and esthetic beauty drove Las Palmas de Gran Canaria Film Festival to maintain its intention of showing it within the Festival. Audrius Mickevicius and Nerijus Milerius’ film is the only survivor coming out of 2020’s official selection.

Audrius Mickevičius, co-director of the film and main promoter of the project, passed away before finishing his work, leaving philosopher Nerijus Milerius, who had participated as script consultant, the task of finishing it. The starting point of the project was Mickevicius’ own mourning after his brother’s death, murdered by two men, as well the confusing mixture of emotions and feelings he began to experiment due to the crime, specially after one of the killers pleaded guilty. This one was sentenced to ten years in prison, but was released after only five years for his exemplary behavior.

Nerijus Milerius claimed in a press meeting held this Thursday morning that when the project came up, at first “it was born from revenge,” but little by little changed “into the empathy feeling”, a journey from anger to forgiveness. Audrius, he said, “didn’t want to film his brothers’ killers, but sought to film those who really had the willingness to change. Those who weren’t monsters but people who wanted to return to society.”

Nerijus Milerius became part of the project in 2016 to revise and rewriter the script, but Audrius Mickevičius got sick and before passing away in 2017 asked him to finish the film, “that’s why I had to take responsibility and became the director,” he said. Prior to that he had already participated in the filming and editing of some artistic projects, but this has been his first experience as director. The curious thing, he added, was that he had also written two books on cinema and in one of them he talks precisely about Stanley Kubrick’s A Clockwork Orange, a film that deals as well with penitentiary systems and how prison experience can change you. His experience in this documentary, pointed out the professor, “has meant something important because I’ve been able to connect what I teach at university in theory with its practical application.”

The director of Exemplary Behaviour, which won at the DOK Leipzig International Festival, said that when he took over the work, which had already been filmed in a 75% and edited in about thirty minutes, he felt obliged to film a little more of material and even got to use computer-generated graphics. “There was a fragment that had already been filmed by Audrius, but we had to add more material and edit it, in addition to pay a lot of attention to maintain coherence throughout the film.” “All that made us realize which things worked and which ones we could discard,” he pointed out.

From an artistic point of view, “it wasn’t difficult to finish it, but there was indeed a moral problem because I couldn’t help but ask myself which things I could change and which ones I could not.” So he decided to not included some extra characters, such as penitentiary authorities, and preferred to omit them to focus on the inmates. He knew it was going to be tough following his dead partner’s same direction, so he took a position “as if I was by his side and looked towards his same direction in order to arrive to the same questions he asked himself thanks to this film, which were: what happens to a person who is sentenced to life imprisonment, what happens to him after he has killed, how is that transformation period that makes you live an experience within prison and how his return to society may be.”

In that sense, he admitted that it wasn’t possible to carry on with Audrius’ exact will, “guessing it to the fullest.” Putting myself by his side and walking in his same direction “made us realize that everything worked”, he thanked.

Milerius mentioned that the characters that do appear “have some very human attitudes” and that really grabbed our attention. We didn’t want to present them from a journalistic point of view, “we were interested in focusing on their humanity and simply showing them as people.” Curiously enough, he’s kept in touch with them and in fact one is getting out of prison in two years, something unthinkable when they started shooting because Lithuania didn’t have a sentence-reduction law and those sentenced to life imprisonment had no chance of getting released out of prison. This changed during the shooting and the court could confirm, thanks to Exemplary Behaviour, this prisoner’s exemplary behavior.

The director’s voice appears throughout the film including the audience in his philosophical reflections and troubled feelings, sometimes accompanied by pictures of himself talking to the shooting crew or to the prison staff. Audrius initial intention, he explained, was to keep his audio recordings, but without including any pictures of him. It was an option, but not the main one. He wanted to focus on being able to communicate through his voice his own experience in regard to these prisoners’ cases, without drawing attention to himself, but just focusing on them.

After Audrius’ death he decided to include him in the final film because, besides the inmates and philosopher Bernard Stiegler, he wanted for Audrius’ character to appear in it, thus having both the experience of the prisoners and the experts when reflecting on good and evil.