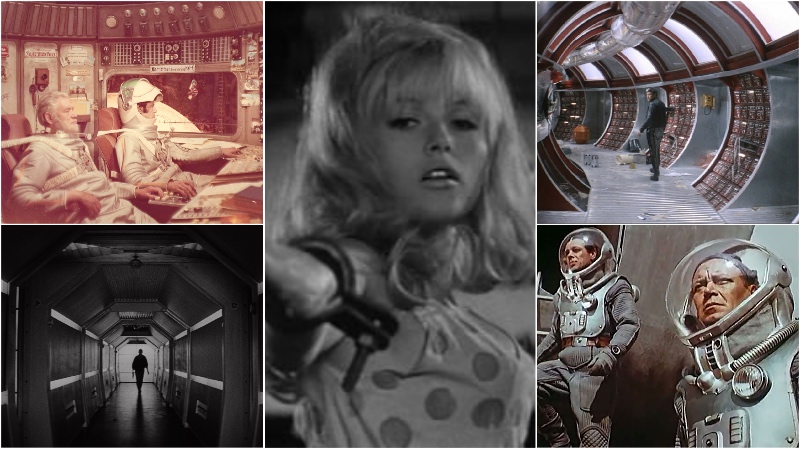 In addition to the film series May 68, inspired by the events occurred 50 years ago in Paris, the Film Festival wants to celebrate in 2018 -even though in this case it does it ratcheting up its program- another anniversary: the film 2001: A Space Odyssey reaches half a century since its release. Thus, the film series Red Star looks to Kubrick’s contemporary production, but made from the other side of the Iron Curtain.

The Festival, which could not have despite several efforts and paperwork 2001: A Space Odyssey, has programmed starting on Tuesday, April 10, five films in which the main discourse is space humanization by some envoys who carry the good news of a socialist humanity, but whose real discourse, nevertheless, is less utopian. The cosmonaut is a comrade, lover, friend or rather an insecure and conceited human being, but who always suffers an emptiness threat caused by stellar vastness.

The titles included in the film series are Ikarie XB-1 (Voyage to the End of the Universe, Jindrich Polák, Czechoslovakia, 1963, 88 min.), a brilliant space Czech film which had to influence, at least, on the production design work of 2001; Solyaris (Solaris, Andrei Tarkovsky, USSR, 1972, 165 min.), a masterpiece by Tarkovski that goes one on one with 2001, not regarding its production level, which is far different, but its poetic depth; Kdo Chce Zabít Jessii? (Who Wants to Kill Jessie?, Václav Vorlícek, Czechoslovakia, 1966, 80 min.), scientific futurism coated in the comicalness of custom and manners, surrealist spirit and pop causticity; Eolomea (Herrmann Zschoche, RDA, USSR, Bulgaria, 1972, 78 min.), metaphysical science fiction in a very relaxed atmosphere for the period and Planeta Bur / The Planet of Storms (Pavel Klushantsev, USSR, 1962, 78 min.), its director’s four film -he just made six features- in which he used really ahead-of-his-time techniques.

The first showings of each film will be screen at the Elder Museum of Science and Technology and will have Jesús Palacios introducing them to the audience. The second screenings will take place at the Monopol Multiplez. Screenings begin on Tuesday, April 10, at 6 pm at the Elder Museum with Planeta Bur / The Planet of Storms (Pavel Klushantsev, USSR, 1962, 78 min.).

The film series has been supported by the Czech Centre in Madrid, who has allowed the programming of Václav Vorlícek’s film.