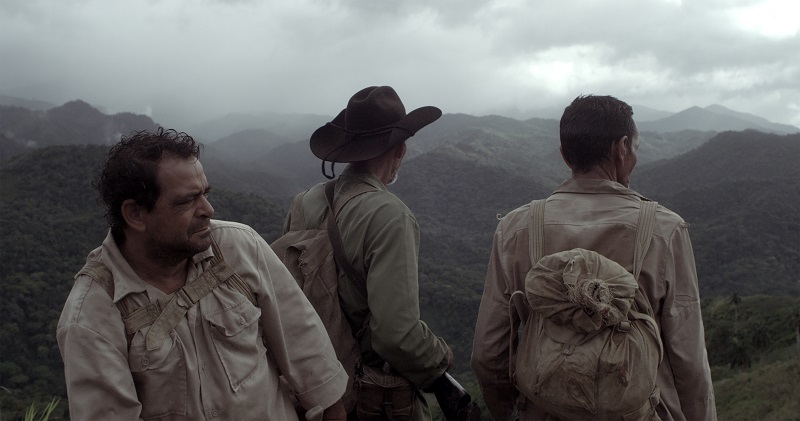  José Alayón produces Between Dog and Wolf, the first feature screening within Canarias Cinema: a hybrid story between reality and fantasy around three Cuban veterans of the Angolan War who continue with their annual ritual of reliving in Sierra Maestra their training as soldiers.

 “Festivals as Las Palmas de Gran Canaria’s make filmmakers, it’s proven. And in this case, significant recognition has been achieved within the circuit as a festival for auteur films” 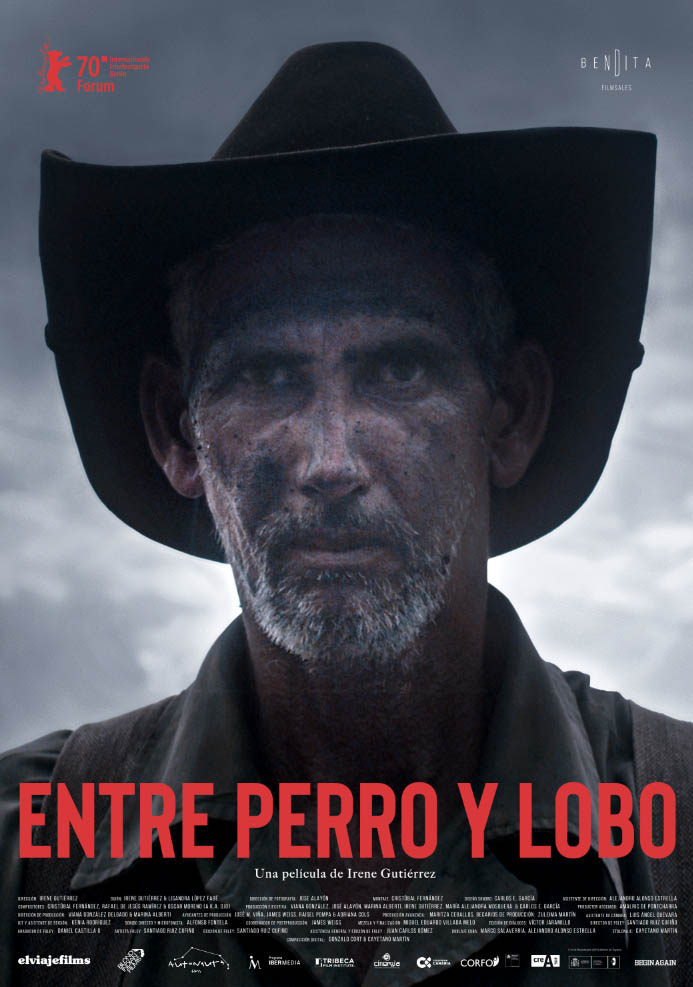 Las Palmas de Gran Canaria, Thursday 8 April, 2021.- Sierra Maestra is one of Cuban Revolution’s iconic enclaves: a greatly symbolic location, former shelter of guerrillas. And also a setting of priceless natural beauty, isolated from civilization. The mountain range, rather than a landscape, is another main figure of the feature film Between Dog and Wolf (Irene Gutiérrez, 2020), which begins Canarias Cinema feature films’ screenings. A title produced by Canarian José Ángel Alayón, along with Marina Alberti and Viana González.  The story fuses documentary and fiction “which are often genres mistakenly separated”, according to Alayón himself. It portrays the adventure of three Cuban veterans of the Angolan War who continue with their annual ritual of reliving their training as soldiers.

The film is a jumble of reality, fantasy and film archive, effective in its mise-en-scène, crude in its cinematography and efficient when getting the audience to experience a continuous journey through the mountain range. “In regards to the hybrid mix, it’s something we’ve liked to make since we founded the production company El Viaje”, points out Alayón. “We are very interested in working with real material but then creating from fiction. We doubt documentaries’ purity: we believe it’s a common mistake to separate both genres. In this film we push that to the limit”.

The producer and director was also Irene Gutiérrez’s classmate at Cuba’s Escuela Internacional de Cine y TV (EICTV). “We met there, where a group of those students started to share in similar interests”, he explains. A conceptual path that questions the canon of documentaries as synonyms of absolute truth, because “in the end you are making the choice of putting the camera in a certain place, you choose where to cut, editing… I doubt documentaries are, in all fairness, what is real. In their first film, the Lumière Brothers redid takes of people leaving the factory. Was that reality? The truth is that that trick is a mix with fiction, we like it, and we want to get the best from each genre”.

Alayón, who had already produced Gutiérrez in Hotel Nueva Isla (2014), agrees that, in Between Dog and Wolf’s case, political background couldn’t help but exist. However, he stresses how “we want to film from a respectful standpoint towards what we are addressing. We take care of the characters’ ethics, and we try to put ourselves in the same position as them. The feeling was that we were shooting people who risked everything for an ideal, and that, honestly, isn’t very common today”.

And when he says risking everything, the producer refers to the lives Estebita, Miguel and Alberto put on the line when going on an adventure to fight in Angola (docking, by the way, in Tenerife, in a previous stop). The filmmaker says that in Between Dog and Wolf “we worked based on talks with them, who should have appeared in the credits almost as screenwriter”. Then, you add to that base of real facts a fictional past, some inserted shot of historical documents…

The film has had a successful journey in these difficult times. “We started last year in Berlin, then the whole pandemic happened, but the truth is in Spain it has worked quite well. It won the Best Spanish Feature Film Award at Gijón. And, despite being narratively complex, we think people understand it”, adds Alayón. And in the end, “the veterans are very happy about the result: now I think it’s going to be released in La Habana, they are going to be there and it would be fantastic to see them again. I think the film treats them with a lot of dignity”.

The producer has also been in charge of the film’s cinematography. Here, he explains that “Irene and I talked about the idea of building everything visually from their bodies, putting them against the landscape. That gets you moving and feeling like you are travelling”. And, in fact, the camera goes from close, intimate and direct shots heavily focused on the character to showing the mountain range’s vastness. A place barely kind to temporary visitors, but with an undeniable striking visual appeal.

“It was a great experience being in Sierra Maestra. We arrived with no clear idea of what we wanted to do, but that was also what we were looking for: that the main characters would guide us and that, in the end, the film would be the one going through you”, explains the producer before admitting that “we depended on the mules there for a lot of things. We were also looking for climate changes, downpours… We stayed for two months. When it rained, the river overflew. The noise made by bugs at night, what can I say. But we really like that experience. Was our return a relief? Well, just the change from Sierra Maestra to La Habana was a shock”.

He has a clear definition of filmmaker Irene Gutiérrez: “She is a force of nature. For this work, which was complicated, she was researching a lot. And she really managed to make progress with all those men while shooting a closer and intimate way”. In regards to her vision as a director, Alayón adds that “Hotel Nueva Isla was a quieter film, it was handled different, and this was a whirl. I don’t know if we are truly definite filmmakers: in this we are all continuously evolving and learning. I think, though, that she is sure about what she doesn’t have an interest in, which is more commercial or constructed cinema”.

The Festival and Canarias Cinema

Director, producer and autor, José Alayón admits he is “completely connected” to the Las Palmas de Gran Canaria International Film Festival. “I think it has been one of the most important things, if not the most, that has happened to filmmakers in the Canary Islands. Also because of Canarias Cinema’s quality and relevance as a meeting point, with a very personal and powerful cinema. Festivals such as Las Palmas de Gran Canaria’s make filmmakers, it is proven. Besides, it gives you a lot of strength, because in the end this is also a tough job, and it’s nice to find people going through the same thing as you”.

In addition, he points out that the Festival “is highly recognized within the circuit, as a Festival for auteur films. And it is a good thing: festivals cannot copy what big platforms do, eventually it works backwards. If cinema doesn’t reinvent themselves, it dies. And what this Festival has done is going to search for that something new to Asia, America, Europe, Africa… On the other hand, it wasn’t that easy twenty years ago watching that other kind of cinema around here. The one we’ve enjoyed thanks to the Festival. How is that that cinema has to be the same for everybody? I don’t really believe in that, because, what is cinema for everybody?

Between Dog and Wolf is screening at noon on Friday April 9 at Cinesa El Muelle’s Screen 9, and at 7:15 pm on Saturday 10 after an introduction by the authors. The event is subject to all security measures fighting the spreading of COVID-19, so masks are compulsory and social distances need to be observed at all times during screenings.