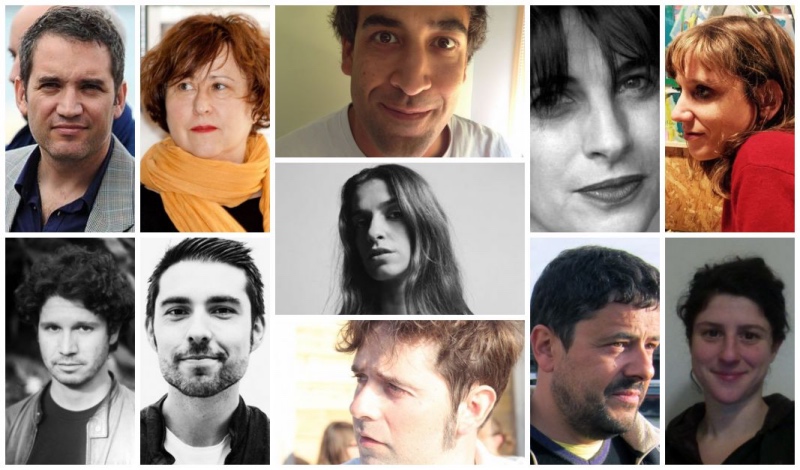 The Canarias Cinema section also has a jury of three experts in charge of valuing the submitted works in the feature and short film categories: Javier H. Estrada, film critic in Caimán. Cuadernos de cine, teacher and film programmer; journalist and Culture-specialized publicist Marina Landa; and Joan Sala, editor in Filmin, a key portal for independent cinema in Spain, and Atlántida Film Fest’s programmer (whose contents are entirely offered online).

More about the official section’s jury:

Gabe Klinger, a Brazilian filmmaker, film studies teacher, programmer and writer, is the author of Double Play: James Benning and Richard Linklater (2013), awarded the Best Documentary on Cinema at the Venice Film Festival, and Porto (2016), produced by Jim Jarmusch and starred by Anton Welchin, which has been screened at the San Sebastian Film Festival, the BFI London Film Festival, SXSW, CHP: PIX, among others, and that will be screened at the Festival within the Panorama section.

Joana Preiss is a theater and film actress, singer, performance artist and director. Since 1993, she participated for ten years in Pascal Rambert (Gilgamesh / Antoine & Cleopâtre, etc.) and Eleonore Weber’s shows (Vivre une vie vivable n’a rien d’une question vaine). She has also appeared in films by Christophe Honoré, My Mother (Ma mère, 2004) and Dans Paris (2006), by Olivier Assayas, Clean (2004), Noise and Boarding Gate (2007), and by Antoine Barraud, Le dos rouge (2014), among other. Her first feature film as a director is Siberia ―a mixture of art, documentary and self-fiction. She is currently working on her next film, related to the bullfighting world.

Rebecca De Pas started working for festivals in 2004, in the Cineteca di Bologna. In 2009, she joined the selection committee of the Marseille’s International Film Festival (FIDMarseille), and also became copresident of the FID Lab, the international coproduction platform. She is currently a member of the selection committee of the Berlinale’s Talents, where she also works as an adviser for the participant producers. She has been art director of the Journées Cinématographiques Dionysiennes, and has collaborated with La Roche sur Yon IFF, the Venice Festival, the Riviera Maya Film Festival and the Paris Environmental Film Festival.

The fifth member of the international jury is Elena Gozalo, a teacher, documentary maker and producer. She practices these last two jobs in ETB Euskal Telebista, from where she has coordinated the channel’s participation in many feature films and documentaries for television. She has taken part in fiction, animated and documentary films. The following titles stand out for their awards and public success: Ocho apellidos vascos, Loreak, Psiconautas, La herida, Acantilado, Zipi y zape y el club de la canica, Amerikanuak, Bertsolari, Pura vida, Walls, The Last Passage or Gernika.