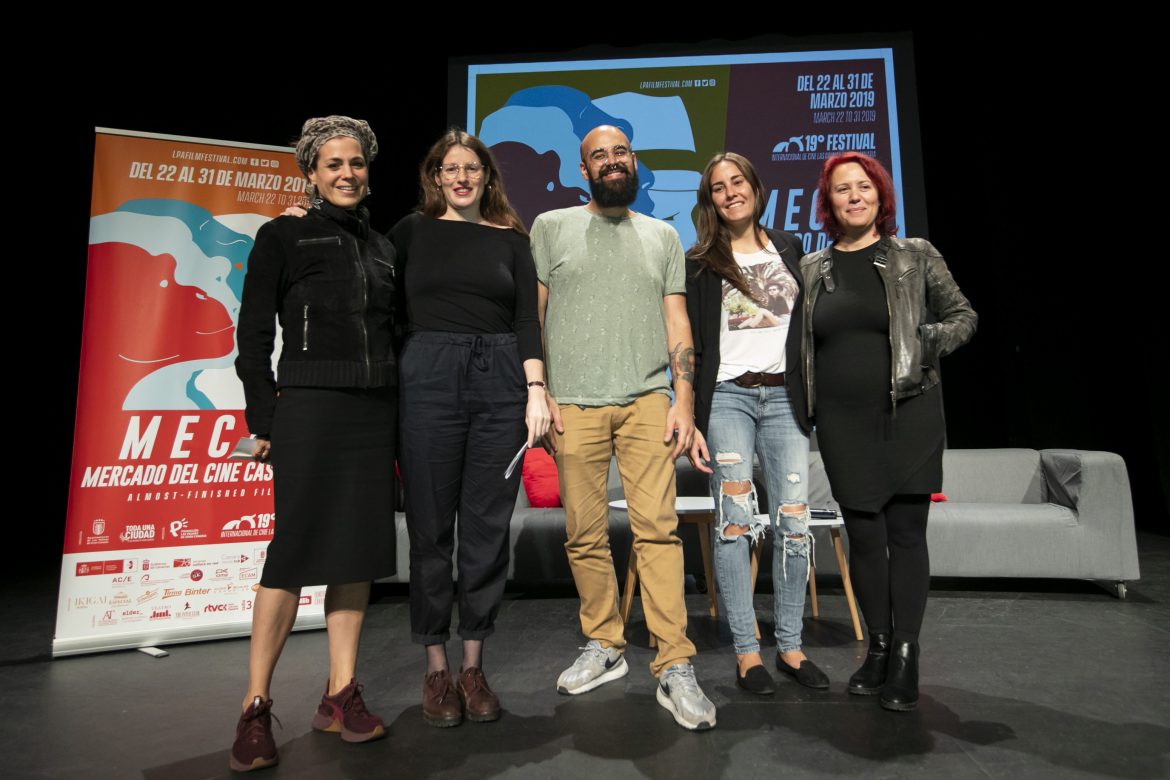 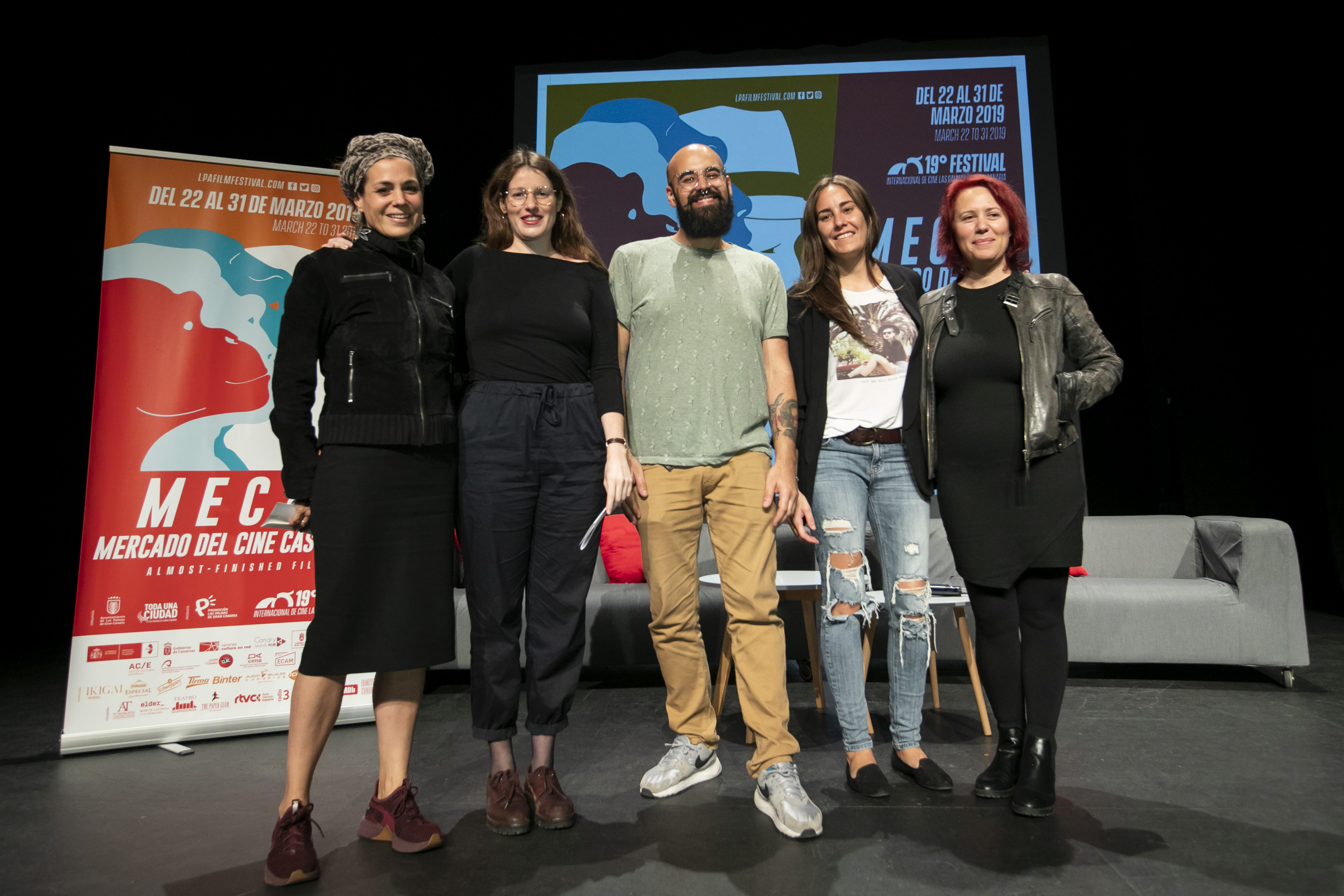 Las Palmas de Gran Canaria, Wednesday 27 March 2019. The jury of the 3rd Market of Almost-Finished Films, held from Sunday 24th to Tuesday 26th as part of the 19th Las Palmas de Gran Canaria International Film Festival’s contents, announced last night their decision, which granted this edition’s award to the project Those That, At a Distance, Resemble Another (United Kingdom, Spain), by Jessica Sarah Rinland, valued at 8,000 euros for the post-production and festival distribution of independent and experimentation-oriented works.

The jury in charged of valuing the nine participating projects —formed by Egle Cepaite, project manager in Festival Scope Pro; Brigitte Suárez, partner of the distribution company The Match Factory; Luciano Rigolini, editor responsible for the cultural channel Arte; and Ángel Santos Touza (Las altas presiones), Novos Cinemas Pontevedra International Film Festival’s co-founder and art director— highlightled during their announcement that they had awarded “one of the most radical projects in the entire selection”. “It emerges”, they added, “from a scientific approach to a poetic dimension”. The director, finished the jury, “proposes a reflection and thorough observation of a world that is going to disappear”. 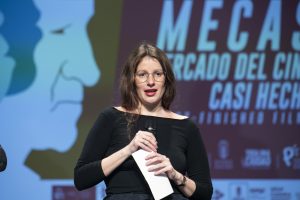 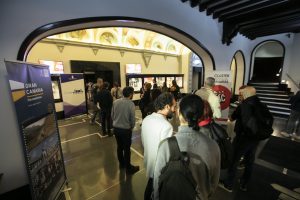 The director Mercedes Afonso (La Palma) also received last night the ISLA MECAS Award for her project El mapa para tocarte, one of the seven projects presented at the market’s local section. The award, granted by Canary Islands Film, is valued at 1,200 euros to attend an international market.

Lastly, thanks to the Opec Ecam Award, granted to Voy a desaparecer, by Coré Ruiz, the ECAM will provide access to its facilities and technical material to facilitate the shooting of the winning project.

Other five experts, out of the twenty participating in MECAS, were the ones in charge of valuing the Canarian projects participating in ISLA MECAS: Belén Bernuy and Gloria Bretones, founders of the distribution company Begin Again Films; Luis Renart, head of Canary Islands Conection; Serrana Torres, filmmaker, producer and screewriter, co-founder of Intropía Media; and Jairo López, cultural manager and Digital 104’s head of project production. 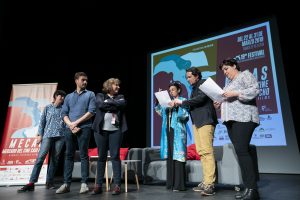 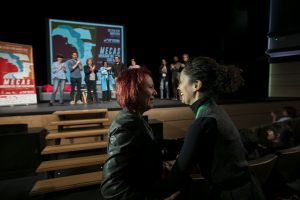 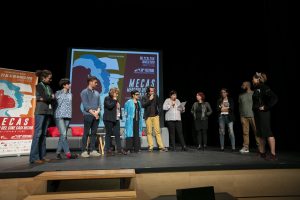 In addition to the winning project, Those That, At a Distance, Resemble Another, by Jessica Sarah Rinland, the other eight international projects submitted to this edition were El trabajo o a quién le pertenece el mundo by Elisa Cepedal, Jesus Shows You The Way To The Highway by Miguel Llansó, La viajante by Miguel A. Mejías, Las poetas by Laura Citarella and Mercedes Halfon, Las ranas by Edgardo Castro, Le bel été by Pierre Creton, Puerto deseado by Diana Toucedo and Tony Driver, A Backward Deportee by Ascanio Petrini. 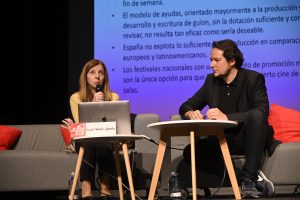 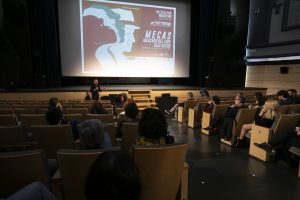 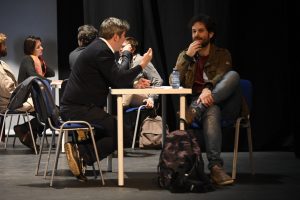