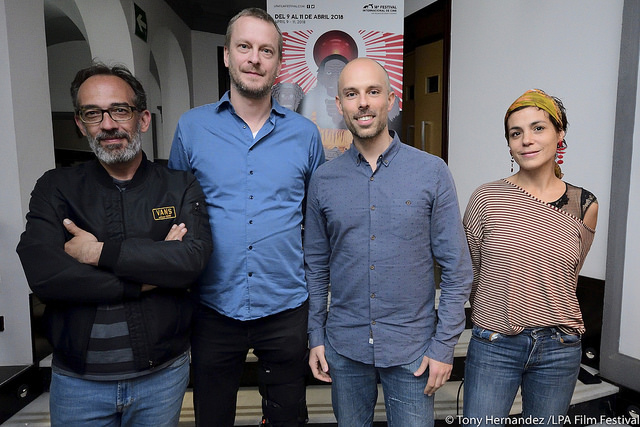 The jury of professionals and experts ot the Market of Almost-Finished Films (MECAS), held within the 18th Las Palmas de Gran Canaria International Film Festival’s program from April 9 to 11, has announced last afternoon this edition’s award, granted to the European co-produced project Hamada (Sweden, Norway, Germany), by Eloy D. Seren, and valued at 8,000 euros to help its post-production and distribution at independent and creative-experimentation-oriented festivals.

The jury in charge of assessing the nine projects of this MECAS second edition, formed by Memento Films’ head of international sales and acquisitions, Tania Messner; journalist, film critic and vice president of the Académie des Lumières, Paloma Biénzobas; and Eurimages’ project director, Sergio García de Leániz, has empashized in their announcement that Hamada is a project that “deals with a serious and ignored issue, without didacticism nor paternalism. With an above-all cinematographic look and without disregarding formal requirements, it allows its subjects to take their own shape and voice to unveil from their everyday nature a complex and devastating reality with respect, empathy and humor”.

MECAS aims to become one of the referential events in Europe for projects that are in final stages of production or post-production. For this second edition, the team that runs it has received 63 works -almost 30 more than in its first year, in which 34 projects were submitted-, out of which they selected 9.

In addition to the three experts that made up the jury, during the MECAS other professionals have assessed the projects and provided advise and counsel to the participants: the president of Mogador Film, Christoph Toke; the coordinator of programming at FID Marseille, Fabianne Moris; the Italian producer Luciano Rigolini; the one in charge of festivals within the international sales agency Stray Dogs, Lison Herv; the international sales expert of Alpha Violet, Keiko Fumato; the producer of Ciné-Sud Promotion, Thierry Leneuvel; a consultant of the Karlovy Vary, Susana Santos Rodrigues; the consultant Olimpia Pont Cháfer; the doctor and professor in Audiovisual Communication at University of the Basque Country, Vanesa Fernández Guerra; the director of Festival REC (Tarragona) and programmer of Tallinn Black Nights IFF, Xavier García Puerto; the film critic, journalist and director of VOS, Martín Cuesta; the co-founder of CINEBINARIO, a cooperative distribution company of independent cinema, Alberto Sedano; the director of Capricci Cine, Diana Santamaría; and the one responsible for La Incubadora, a development program that promotes internationalization of emerging producers, Gemma Vidal.