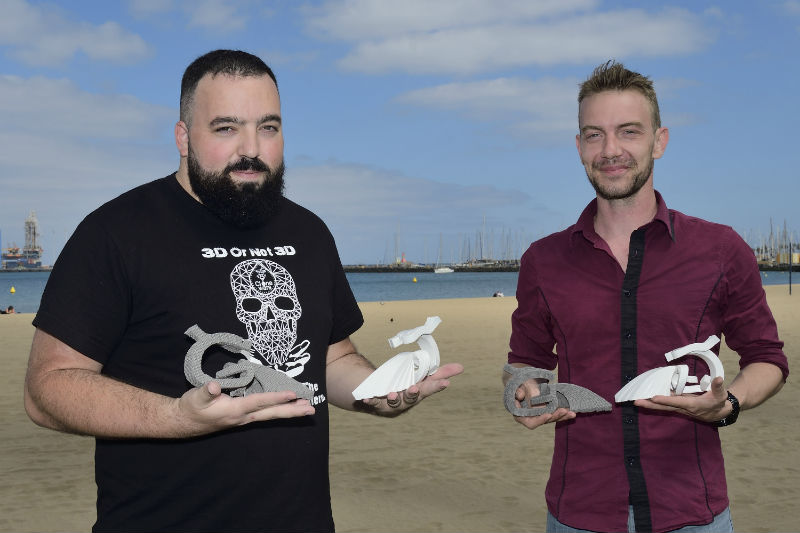 Las Palmas de Gran Canaria, Friday, April 7, 2017. Two small scale copies of Martín Chirino’s Lady Harimaguada of titanium finish and six other of 3D finish that substitute the old medals and diplomas, are the awards granted in this 17th edition of the Las Palmas de Gran Canaria International Film Festival. Models created with digital printing techniques, in which constitutes a real novelty for the festival: the trophies have taken shape thanks to machines that have produced the body of these singular Ladies millimeter per millimeter, with whom the most outstanding works and authors in this edition of the festival are awarded. 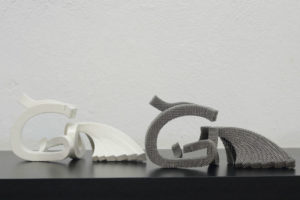 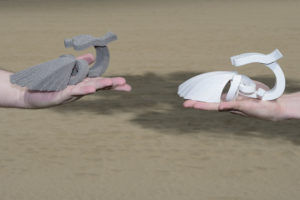 The trophies have been made by LPA Fábrika, in a work developed by technicians Sebastiaan Deviaene (designer) and Daniel Torres González (engineer), after a complex planning task. A work that began by taking pictures of the original Lady Harimaguada, erected on the Maritime Avenue of the Gran-Canarian capital, to capture every possible angle of the monument in order to achieve a reproduction true to the exact design of the monument.

After this first step, they proceeded to the computer design of the sketch to print in three dimensions. Two of these trophies were created with the Technological Institute of Canarias’ printers, in a task carried out by Sebastiaan Deviaene (renowned technician that has carried out, among other projects, 3D printings of medical implants).

These pieces are of titanium finish, modelled through the EBM technique, acronym for Electron Beam Melting: melting metal powder layer by layer with an electron beam in a high vacuum. Little by little, the final product is taken shape, which in these Ladies’ case have titanium finish, with a durability and resistance equivalent to the result that could be obtained from a forge. The original appearance of these trophies has porous texture and a dark tone.

For the creation of the other six pieces, six avant-garde trophies that substitute the old medals and diplomas, LPA Fábrika (a firm that has its headquarters at the co-working space Marine Park, at the Las Alcaravaneras beach) has used a different technique: FDM, Fused Deposition Modeling. In this case, the 3D printer uses thermoplastics to form the piece layer by layer, by extrusion. The material is melted and modeled according to the design programmed by the computer, until getting, on this occasion, replicas of the Lady Harimaguada in a biodegradable, yet lasting and resistant, material of uniform surface and pale tones. This process has been carried out by engineer Daniel Torres González, also a training expert on 3D printing techniques.

Sebastiaan Deviaene explains how “starting from pictures of the sculpture we have been able to import the image onto a 3D program. We developed the prototype in plastic to test everything was alright, as we wanted it to be. And once it was done, we made it in titanium”. Daniel Torres adds how, in the case of the plastic pieces, “each printing takes us 24 hours approximately, plus 6 hours of post-processing: sanding, painting and varnishing. We have used biodegradable plastic, byproduct of raw materials such as corn or beetroot”.

All the trophies are approximately 20 centimeters long and 10 centimeters high. They have in common that they have been modeled through digital printing processes, in 3D, and paying attention to the design dictated by the computer. Thanks to the use of these machines the result obtained reproduces with precision Martín Chirino’s sculpture, with a resistant final product that, in a final step, is assembled on top of a wooden bracket upon which a nameplate of the Las Palmas de Gran Canaria International Film Festival’s winner is engraved.