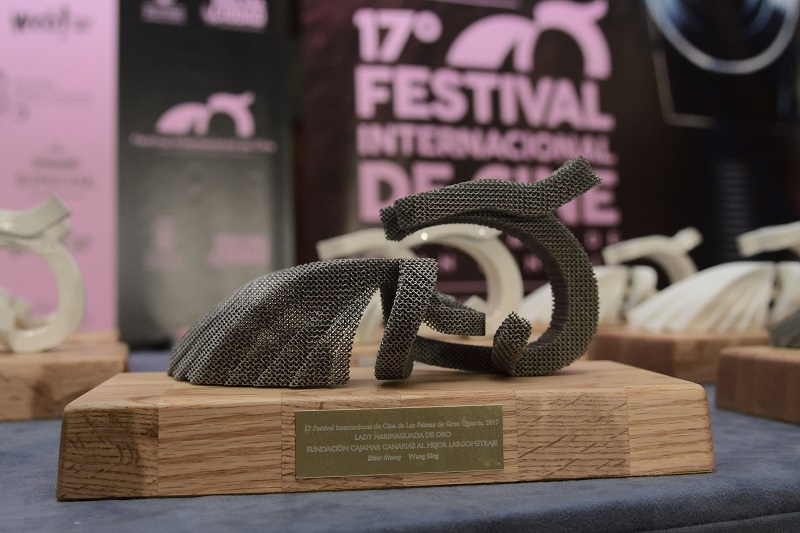  The Festival’s market, MECAS (April 9, 10 and 11) has also launched the entry period for projects

 In both cases, entry forms may be filled out and submitted online at the website lpafilmfestival.com

Las Palmas de Gran Canaria, Friday 22, December, 2017.- The Las Palmas de Gran Canaria International Film Festival, promoted by the Culture section of the capital City Council, has opened today, Friday 22, December, the film entry period. Those interested in participating in the different sections of the festival’s eighteenth edition, taking place between next April 6 and 15, may fill and submit their entry forms until Friday 16, February, at the website lpafilmfestival.com.

Works submitted to the Official Section shall guarantee a commitment to national release, hence they cannot have participated in any other Spanish festival nor have been screened previously in public or commercial theaters.

The guidelines, published in the download section of the website, include once again the following awards: the Golden Lady Harimaguada, valued at 15,000 euros, the Silver Lady Harimaguada, worth 8,000 euros, the Best Short-Film Award, valued at 2,000 euros, and the Audience Award, that will grant 1,500 euros to the director of the film. Besides, if at least half of the works competing in the Official Section were the first or second film of their directors, the jury would grant the José Rivero Award for the best new director, worth 5,000 euros.

Registrations to the Canarias Cinema section, for those works made in the archipelago or by Canarian people, shall also be submitted this way and in the same period as the rest of the films. The jury of the section will grant the Richard Leacock Awards for Best Feature Film and Best Short-Film, 3.000 and 1,500 euros, respectively.

Likewise, the Festival’s market, MECAS, whose second edition will take place on April 9, 10 and 11, has opened its entry period, after having granted in 2017 the first Market of Almost-Finished Films Award, valued at 8,000 euros, to the Spanish project Mi espía íntimo, by Ana Schulz and Cristóbal Fernández.

The MECAS, an international final cut market essentially aimed at providing support to those projects that combine artistic ambition and a commitment to independent films, will again become a meeting point between independent filmmakers and producers and possible partners, co-producers, distributors or international consultants that can contribute to the final stage of the production.

Just like in other editions, prizes will be awarded by four independent juries: the official jury, made up of five internationally renowned persons; the short-film jury, consisting of three persons related to the short-film sphere; the Canarias Cinema jury, with three persons that will decide both Richard Leacock awards; and the popular jury, made up of thirty citizens that, after having passed an entry process, shall agree to watch all works submitted to the international contest. The MECAS award will be granted by a committee of experts and professionals during the conferences.